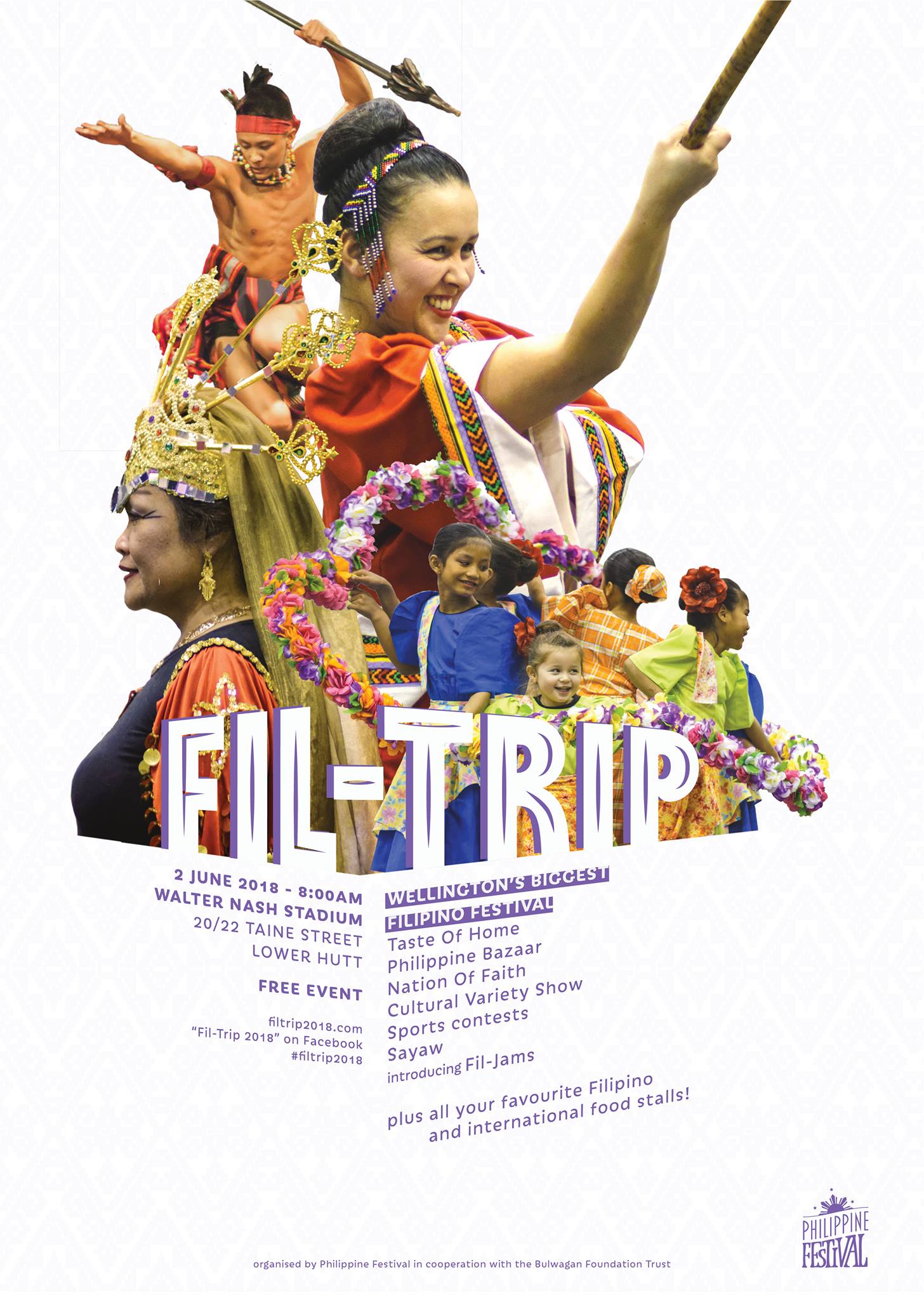 It’s a daunting task to leave the comforts of your own country of origin to migrate to a foreign country, whose culture is entirely different from what you’ve grown accustomed to.The culture shock can induce a feeling of alienation among these migrants, and their most potent remedy is to seek the company of their compatriots in their newfound countries and form a community to give them the semblance of being home.

The Filipino diaspora in New Zealand, fondly called “Kiwipinos” (a portmanteau of a Kiwi and a Filipino), is no different. A community of 50,000-strong Filipino migrants and their progeny residing in this Anglo-Polynesian nation in the South Pacific have formed a vibrant, productive community in their new country – preserving the cultures and heritage which their motherland imparted unto them.

Part of their exercise of community is by conducting events that celebrate the Filipino culture, one of which is the annual Philippine Festival that is held annually in Wellington. While other similar events are organized in other parts of New Zealand, the iteration in the Capital City is the most prominent due to the scale of its production and that it is located in the country’s seat of government as well.

Dubbed “Fil-Trip”, this year’s edition was noted as the biggest yet. There was also a marked increase in value, with the participation of the Philippine Barangay Folk Dance Troupe, a world-renowned clique that performs traditional Filipino folk dances.

Even prior to Fil-Trip, the Dance Troupe engaged with other Filipino communities in other cities in New Zealand, embarking on a mini-tour of the country. They presented folk dances such as the cariñosa and the tinikling to an audience comprising Kiwipinos and non-Filipinos alike.

At this year’s Wellington festival, the group showcased a full-length show called “Sayaw” – where they portrayed the evolution of different Filipino dances throughout history. It was a rich cultural experience that helped connect Kiwipinos to their roots, and introduced the beauty of Philippine arts to foreigners who were present also.

It was not only the dances that were on display, our love for singing also was showcased – as is expected from Filipinos in any occasion. Part of Fil-Trip was “Fil-Jam”, an open-mic session singing well-loved Filipino songs and accompanied by a live band also.

Besides the arts, the faith which is a vital part of the Filipino way-of-life was also celebrated. In a segment called, “Nation of Faith”, a prayer rally was held alongside keynote addresses from religious community leaders in Wellington.

As a country where 90% of the people are Christian, and another 5% are Muslim, partaking in religious commemorations was important. It would fall short of being an authentic Filipino experience without such observances of faith.

And naturally, an exposure to Filipino culture would not be complete without a banquet of native cuisine. Fil-Trip made sure that it satisfied the appetites of those who partook in the event, with a showcase of Filipino cooks and their dishes in the “Taste of Home” portion of the event.

Filipino food is a main draw of Filipino culture, offering foreigners an eclectic blend of Malay cuisine with sharp Spanish and Chinese influences that produces a truly unique culinary experience. There were also several stalls of food vendors present, allowing visitors to bring a sample of the Filipino dishes they had just tasted.

In summary, Fil-Trip 2018 proved to be a jubilant and meaningful occasion which featured a truly authentic Filipino experience. It was a celebration of faith, food and folk arts – the hallmarks of Filipino identity.

Such an event was also celebrated by thousands (organizers estimated a total of 5,000 visitors graced the event) of Kiwipinos and non-Filipinos, which allowed them to reconnect with their Filipino roots or experience a culture that is different from their own.