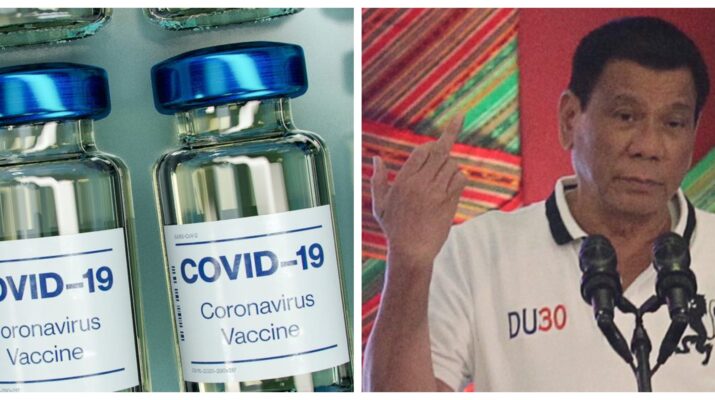 In the latest development of the “VIP vaccinations” controversy, President Rodrigo Duterte has effectively told the nation that he and his soldiers are above the law.

Last month, it was discovered that soldiers belonging to the Presidential Security Group (PSG) have already been inoculated with the Chinese-made Sinovac vaccine.

This despite the country’s Food and Drug Administration (FDA) having yet to approve any COVID-19 vaccine for use in the Philippines, which makes administering the Sinovac vaccine unauthorised.

The revelation indicated that the vaccines used on the PSG guards were smuggled; it also fell contrary to President Duterte’s earlier promise that frontline health workers will be vaccinated first.

Despite the saga violating several laws, President Duterte defended the PSG for using smuggled contraband. Nevermind, that smuggling is a criminal act or that authorisation from the FDA is a statutory prerequisite – what’s important is to protect the President.

But if the controversy was a non-issue for the President, the Senate divulged its plans to establish an inquiry on how the Sinovac vaccines were able to enter the country. Some senators also called for the leadership of the PSG to be summoned before the inquiry.

Before the turn of the new year, the Armed Forces of the Philippines (AFP) also announced that they would conduct their own investigation as to how the PSG obtained the Sinovac vaccine and who administered it to their soldiers.

However, before any of the two inquiries could begin President Duterte scuppered any attempt to interrogate his personal guards.

In one of his infamous late-night press conferences, the President told his PSG to stay mum on the issue and ignore any investigation: “If they will be called to testify in Congress… then I would ask the PSG to just shut up. Do not answer. Invoke the right against self-incrimination and you will not get anything”.

The Chief Executive even issued a warning to members of Congress, cautioning them against “forcing [his] hand” by issuing a subpoena to summon the PSG. Duterte warned that if Congress detained summoned PSG personnel for contempt of court, “there will be a little crisis” – presumably, he meant constitutional.

His remarks contradicted that of his own mouthpiece, Presidential Spokesperson Harry Roque, who only a few days earlier told the media that the PSG would cooperate in any investigation regarding the issue.

But on January 5, the President ordered his men “not to obey the summons” and to “stay put in the barracks”. Duterte essentially gave a middle finger to anyone demanding accountability from public officials.

And his warning worked, a few hours after his press conference on January 5 the AFP announced they will discontinue their planned probe on the vaccine scandal.

Even the Senate, which is supposedly independent of the Executive branch, seemingly heeded to the President’s call with Senate President Tito Sotto declaring that although their inquiry will push through, they are not planning to summon the PSG.

President Duterte’s pronouncement all but confirms that holding those who smuggled the Sinovac vaccine and flouted FDA rules will not be identified, much more be held accountable.

But it also sent a clear message to the rest of the country: that Duterte and his trusted PSG are above the law.

The FDA and the Department of Health (DOH) warned doctors that they will be stripped of their medical licenses should they administer any unregistered COVID-19 vaccine – an example of which is the Sinovac vaccine.

How can they issue such a stern warning to medical practitioners but turn a blind eye to the use of unregistered vaccines by the PSG?

It was a glaring demonstration of double standards in the Duterte administration, a reality that most Filipinos have come to know in the four years he has been President.

The government’s slogan for their anti-COVID-19 campaign might read, “We heal as one”, but in practice, there are people of higher priority than others in the fight against the pandemic.