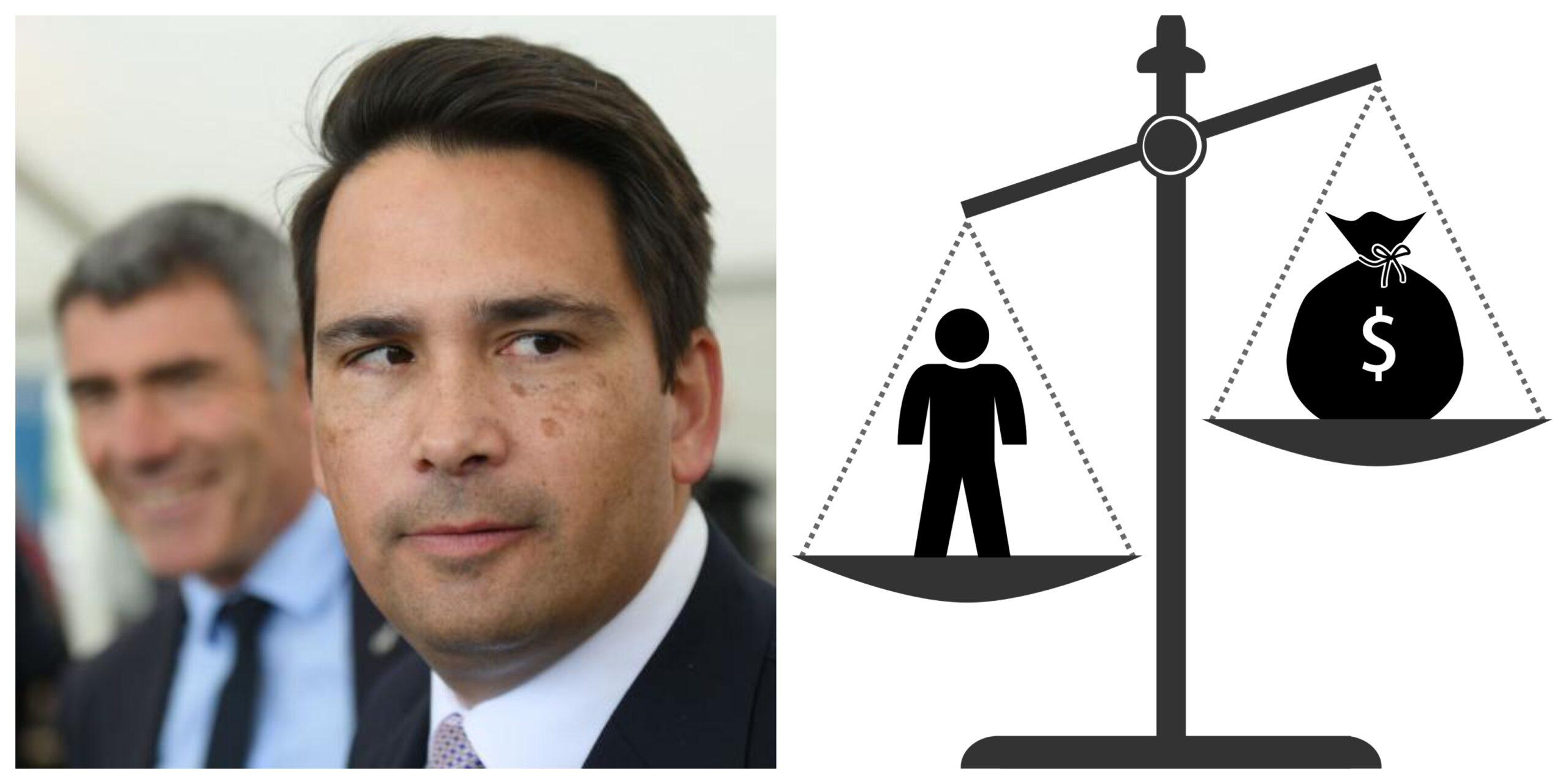 In the wake of the controversies surrounding the National Party regarding foreigners donating large sums to their Party, the Coalition Government has announced changes to stamp out foreign donations to our country’s political system.

Justice Minister Andrew Little unveiled a government bill that will limit the amount that can be donated from overseas to $50. The current threshold is at $1,500, and has been exploited profusely by big-money donors wanting to influence New Zealand politics.

Emphasizing the need to enact such a policy into law, the Coalition Government placed the bill under urgency – meaning the legislative process will be streamlined to expedite its passing. When a government passes a bill under urgency it usually draws flak from critics, but there is a very good reason why the Electoral Amendment Bill has to be rushed through.

During the Justice Select Committee hearings on electoral laws in April this year, head of the Security Intelligence Services (SIS) Rebecca Kitteridge briefed MPs on attempts by foreign governments to influence our democracy. Her concerns were echoed by Government Communications Security Bureau (GCSB) chief Andrew Hampton.

While neither of the two named specific foreign governments, Ms Kitteridge told media the SIS was aware of efforts by foreign states to “covertly monitor or obtain influence” over expatriate communities in New Zealand. She said that these diaspora communities would win favour for the foreign government by making large donations to our local state actors.

These statements made by our country’s spy bosses are curious given that in focus during these select committee hearings were news of the National Party’s large donations from non-New Zealand citizens.

In 2018, disgruntled former National MP Jami-Lee Ross divulged that the Party’s leader Simon Bridges had deliberated instructed him to break-up a $100,000 donation from Chinese national Zhang Yikun in order to evade the requirements to declare such a donation.

Not only is the attempt to bypass the Electoral Commission’s rules on declaring donations illegal, this report is also alarming because allegedly the Chinese businessman was able to acquire favours from National from that large donation.

Mr Zhang was made a member of the prestigious New Zealand Order of Merit during the Queen’s Birthday Honours in 2018. He was nominated for the prize by former National MP Eric Roy and sitting MP Dr Jian Yang, and was heavily endorsed to receive the award by the rest of the party machinery also.

But it wasn’t just a personal medal that Mr Zhang allegedly won as concession from National, it is believed he also found a way to influence the Party’s politics itself. Colin Zheng, Mr Zhang’s business partner and a Chinese national himself, was touted to become a future candidate for a National list seat in Parliament.

The former was slated to be enrolled in the Party’s candidate’s college (a training program for potential candidates), upon the suggestions of Mr Zhang. A year earlier, Mr Zheng was made a justice of the peace (JP) after being nominated by Mr Ross (who at that time was a National MP).

Yet the Zhang saga did not end there: University of Canterbury professor and China expert, Anne-Marie Brady, flagged his connections to the Chinese Communist Party (CCP). The academic stated that Mr Zhang is a member of the CCP, thus his attempt to influence the internal politics of the country’s largest political party becomes more concerning.

However, Zhang’s donation isn’t the only instance of a large sum being funneled into the National Party from an overseas source. In August, it was revealed that the Party received $150,000 from Chinese-owned, but New Zealand-based horse-racing company Inner Mongolia Rider Horse Industry NZ.

The amount was National’s largest single donation during the 2014-17 cycle, and was made when National were still in government. The NZ Herald revealed that former Trade Minister Todd McClay went to Beijing to personally meet the company’s owner, Chinese horse racing billionaire Lin Lang – also known as “Mr Wolf” – while on official business.

The pair first met in Beijing while McClay was there for a meeting of G20 trade ministers, they met again in 2017 but this time in the latter’s electorate in Rotorua. A month after that last meeting, National declared the six-figure donation as having come from IMRHINZ.

There are many facets to this story that should raise concern: first, the source of funds came from a foreign individual who happens to have a NZ-registered company, and used that company to donate the funds. Had the individual not have business ventures listed in the country, he would fall under the $1,500 limit on foreign donations as prescribed currently by the law.

Instead, Mr Lin was able to elude those restrictions and gave the National Party its largest financial injection that was used to contest the 2017 election.

Secondly, it is obvious McClay played a part in facilitating the donation – regardless of how much National wants to deny that fact. It is clear that he met the Chinese billionaire while on official business in China, and again in his home electorate of Rotorua – these events are too blatant to be coincidental.

National’s leader Simon Bridges argued that the donation was legal and since his Party declared it they have not done anything wrong. That is correct, under our current laws the entire arrangement was legal – but it is certainly not ethical.

The gist of our laws regarding foreign electoral donations is to ensure that foreign agents are unable to influence our democracy with large sums of money. National clearly violated this by finding a loophole into that rule and accepting money from a wealthy foreign donor – which is why Prime Minister Jacinda Ardern was correct when she said the donation was “against the spirit of the law”.

The ease by which National received a large donation from a Chinese national exposes how easily our current electoral donation laws can be bypassed. Rectifying this is paramount, however the changes to the law being proposed by the Coalition Government does nothing to ameliorate this problem.

Jami-Lee Ross, who now serves as an independent MP, highlighted the lack of scope the proposed changes have – saying that companies like IMRHINZ are still free to donate to political parties. What the MP for Botany called for instead was to limit donations to political parties and candidates only to individuals who can legally vote in a New Zealand election.

What the Coalition Government is proposing is not a ban on foreign donations, but merely a lowering of the threshold from $1,500 to $50. This helps in the fight to stamp out foreign money influencing our elections, as it makes it more difficult for large sums to be donated to political parties and candidates.

But as long as companies – whether New Zealand-registered or elsewhere – are allowed to donate to political parties and candidates, foreign interests influencing our democracy still remains a possibility. Even if this bill passes into law, (and given its status as a government bill and under urgency is more of a when than an if) foreigners like Lin Lang can still make large donations through NZ-registered companies.

However, this move by the Coalition Government is significant as it recognises the problem that foreign interference in our electoral system poses. Their decision to pass this under urgency is also laudable to highlight the severity of the situation, but they should not stop here.

As Ross mentioned in his contribution to this bill in Parliament, this is a small step in the right direction but hopefully one that can be built on in the future – because this new measure clearly isn’t adequate to safeguard our democratic process.

It begs to be asked, however, if political parties in Parliament have the willpower to enact policies that will truly eliminate foreign donations. The figures seen in National’s examples were large amounts that would be difficult to raise domestically, the allure of these large donations may be too challenging to turn away from.