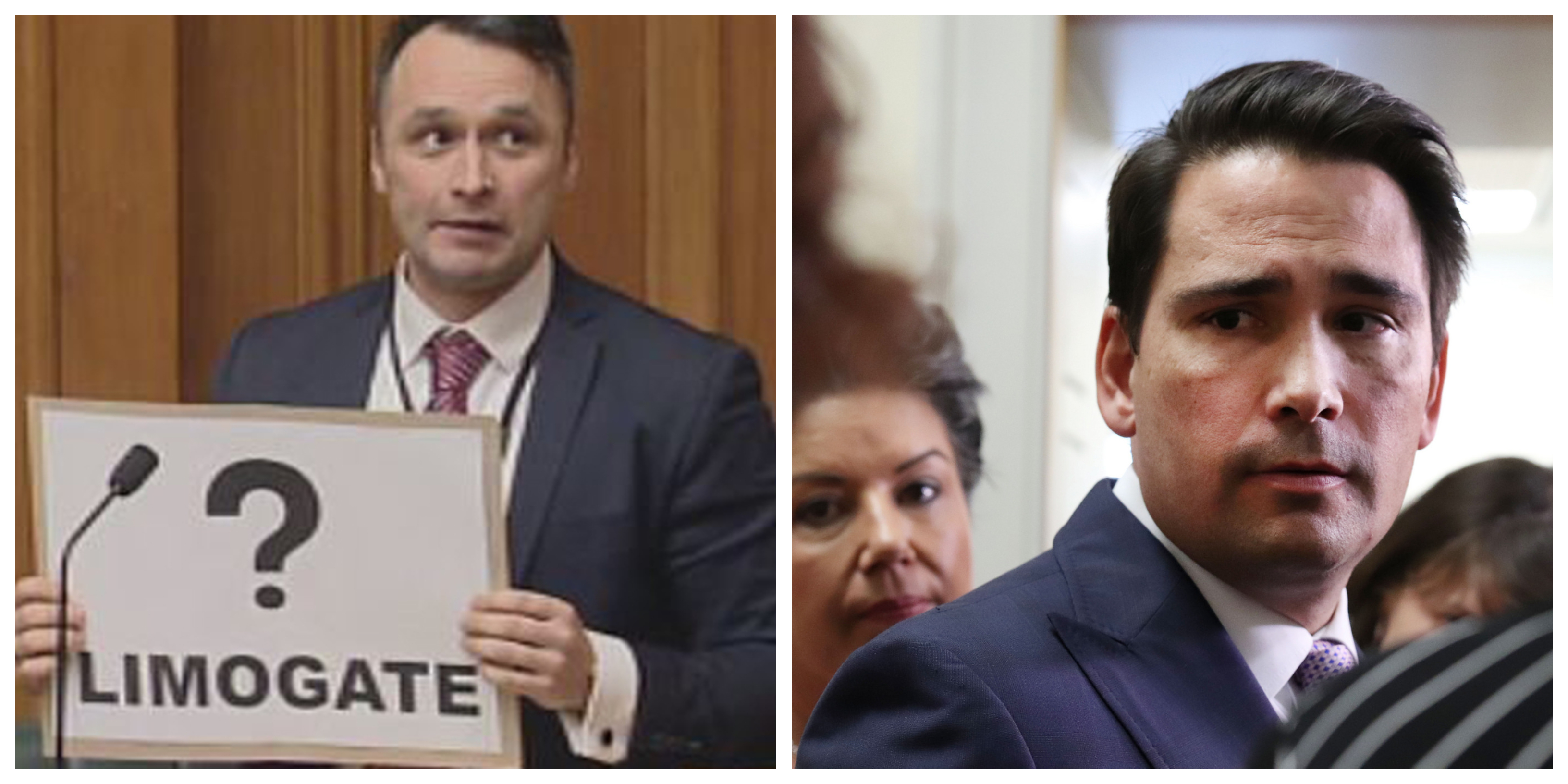 The hallmark of the John Key-era National Party was its unbreakable unity. It was also what made them the preferred choice over the Labour Party, which prior to finally designating Jacinda Ardern as their leader went through four other individuals – Phil Goff, David Shearer, David Cunliffe and Andrew Little – over the nine years that they were in Government. Today, the same curse that afflicted the Labour Party of the past seems to have latched itself onto the present-day National Party.

After a relatively-bloodless, although noticeably tense, leadership battle which saw Simon Bridges replace the retiring Bill English there have been signs of cracks emerging in the once tight bond that the National Caucus had. The most significant threat to their cohesion is the leadership ambition which a handful of their senior MPs have, with many observers pointing to Judith Collins as the most potent threat.

On the 13th of August the most glaring symptom of that emerging rift emerged, as Newshub political reporter Tova O’Brien revealed that Bridges had splurged ostentatiously during his 12-week roadshow across the country. The disclosure was damning, Bridges had spent $113,973 on travel and accommodation – the bulk of that, a whopping $83,693, was spent on renting crown limousines alone.

It was not a good look for a Party hell-bent on criticizing the Labour-NZ First-Greens Government on their spending and being a center-right, “small government” Party, the Nats should be leading by example in demonstrating frugal use of taxpayers’ funds.

Yet, rather than becoming apologetic about the extravagance Bridges instead remained defiant and insisted that the expenditure was necessary “to get out there and understand what’s happening in New Zealand”.

Awkwardly, the same report by O’Brien showed that Andrew Little, during his time as Leader of the Opposition in the same period last year, spent $35,000 less than Bridges on travel and accommodation – and that was an election year, too.

Aside from the opulence and the arrogance in Bridges’ response, the most glaring detail about the ordeal is the fact that a journalist became privy of the details of an MP’s spending more than a week before official records were to be made public.

The source of the leaks

Parliamentary Services (PS) compiles the information and first sends the documents to both the Speaker of the House (Rt. Hon. Trevor Mallard) and to members of the Party concerned. That leaves the culprit to either be Mallard or someone within the National Party Caucus, or at least someone who has extensive links to National Party MPs like a personal staffer.

It would be highly doubtful for Mallard to emerge as the perpetrator, given that he announced a Parliamentary Inquiry to investigate the incident almost immediately following the revelations. In fact, the Speaker had designated a Queen’s Counsel (QC) – a senior barrister personally endorsed by the Crown – to lead the proceedings.

That left observers strongly guessing that the leaker was someone inside the Nats’ Caucus, and those rumours were confirmed on the 24th of August. Bridges, flanked by several senior National MPs, revealed to the media that he had received anonymous text messages from the culprit who revealed themselves to be a Caucus member.

The individual claims they leaked the information due to disapproval with Bridges’ leadership style, they also described him as “arrogant”, and wanted him to be held to account for his spending of taxpayers’ money. In the text message, the mysterious person also revealed they were suffering from mental health problems and called for the Parliamentary Inquiry to be called off in fear that it will worsen their condition.

Following the development, Mallard called off the Parliamentary inquiry into the leaks as it had become an internal matter for the National Party. Those sympathetic with the Nats would say that calling off the independent inquiry is “unfair” and also casts suspicion on the Speaker himself, but the move makes sense – the Parliamentary investigation will require taxpayers’ money to be forked out, and the Party had spent enough public funds with their Leader alone.

In response, National announced they will conduct their own internal investigation – led by consultancy firms PwC and Simpson Grierson – and paid for by the Office of the National Party Leader. Senior Party member Gerry Brownlee also alluded that they suspected Speaker Mallard to be colluding with his own Labour Party in covering up the leaks, an allegation refuted by both the Speaker and Prime Minister Jacinda Ardern.

Bridges also revealed that the New Zealand Police, who were called in to investigate on the matter, had identified the source of the leaks but would not reveal the person’s identity citing privacy laws. He also said Police were concerned about the mental health of the individual, and it is likely they will never reveal who the person is.

This means that it is up to the National Party’s own investigation to expose who the mysterious individual is, if they ever find out that is. There was also talks earlier that National MPs would be forced to sign waivers, allowing their computer hard drives to be probed.

The identity of the perpetrator is confined to three different categories: the Speaker himself, a member of the National Party Caucus or a Parliamentary Services staff working for the National Party. But with the emergence of the text messages and the high-profile nature of the Party’s internal investigation, the spotlight is on the entire National Caucus themselves – that is not a good look for them in terms of Party cohesion.

There are ample motives for a National MP to stab their own Party Leader in the back, political polls continuously show Bridges to be unpopular among voters. While National is still riding high in the polls, their leader is falling flat in the “most preferred Prime Minister” rankings.

Reminiscent of the old Labour Party leadership struggles, when Jacinda Ardern featured in the preferred PM survey alongside the poorly-performing Andrew Little, the past poll results show another National Party bigwig also in the running – Judith Collins.

Collins, former Minister for Police, Corrections and Justice, has long been touted as a potential National Party leader. She had contested the position twice: first after John Key’s resignation in 2016, losing to Bill English, and then after the latter’s own resignation, losing out to Simon Bridges.

Her ambition for the role is undeniable.

She was a rising star in John Key’s Cabinet, becoming the highest-ranked woman – peaking at number 5 after the 2011 elections. After a highly-publicized controversy in 2014, involving the leaking of e-mails to pro-National Party blogger Cameron Slater of Whaleoil, she had fallen from grace within her own Party and was quickly relegated to the backbenches.

Collins asserted that the spotlight on her was part of “a smear campaign”, but the evidence of her wrongdoings were damning. The controversy surrounded with her involvement in undermining the then-chief executive of the Serious Fraud Office, Adam Feeley.

As Minister for Police, Collins was reportedly unimpressed with Feeley’s performance and in a leaked e-mail to Slater it was revealed she was “gunning for him”. The ensuing saga between Collins and the blogger revealed she was feeding the Whaleoil editor with sensitive information meant to bring down people in office she disliked.

Following those revelations about her insidious nature, Collins has found herself somewhat antagonized by her own National Caucus. While enlisting MPs who are loyal to her, most of the senior National leadership are attentive to the threat she poses.

She had been demoted numerous times by Key, at one point wallowing in the wilderness of the backbenches. When English took over she also suffered demotion in the National hierarchy.

The incumbent leadership of Simon Bridges deviated from the norm, instead of keeping Collins at bay he instead gave her the biggest promotion of her career – so far, at least. Is it merely a coincidence that the instance where Collins has been given an important seat on the table, trouble arises within the National Caucus?

Given her track record of conniving with other stakeholders to forward her own ambitions and push for her own agenda, it is not far-fetched to cast suspicions on Judith Collins as the culprit behind this smear campaign on Simon Bridges.

She remains popular with a faction of her Caucus, and the preferred leader among a segment of the National Party faithful. However, she is seen to be toxic by the rest.

This factionalism which exists in the National Party is a far-cry from the stability and unity that they boasted during the Key era. Those years was when the Party seemed invincible, winning election after election with a greater majority from the previous.

It will be interesting to see how this shaky facade will affect their collective political ambitions.