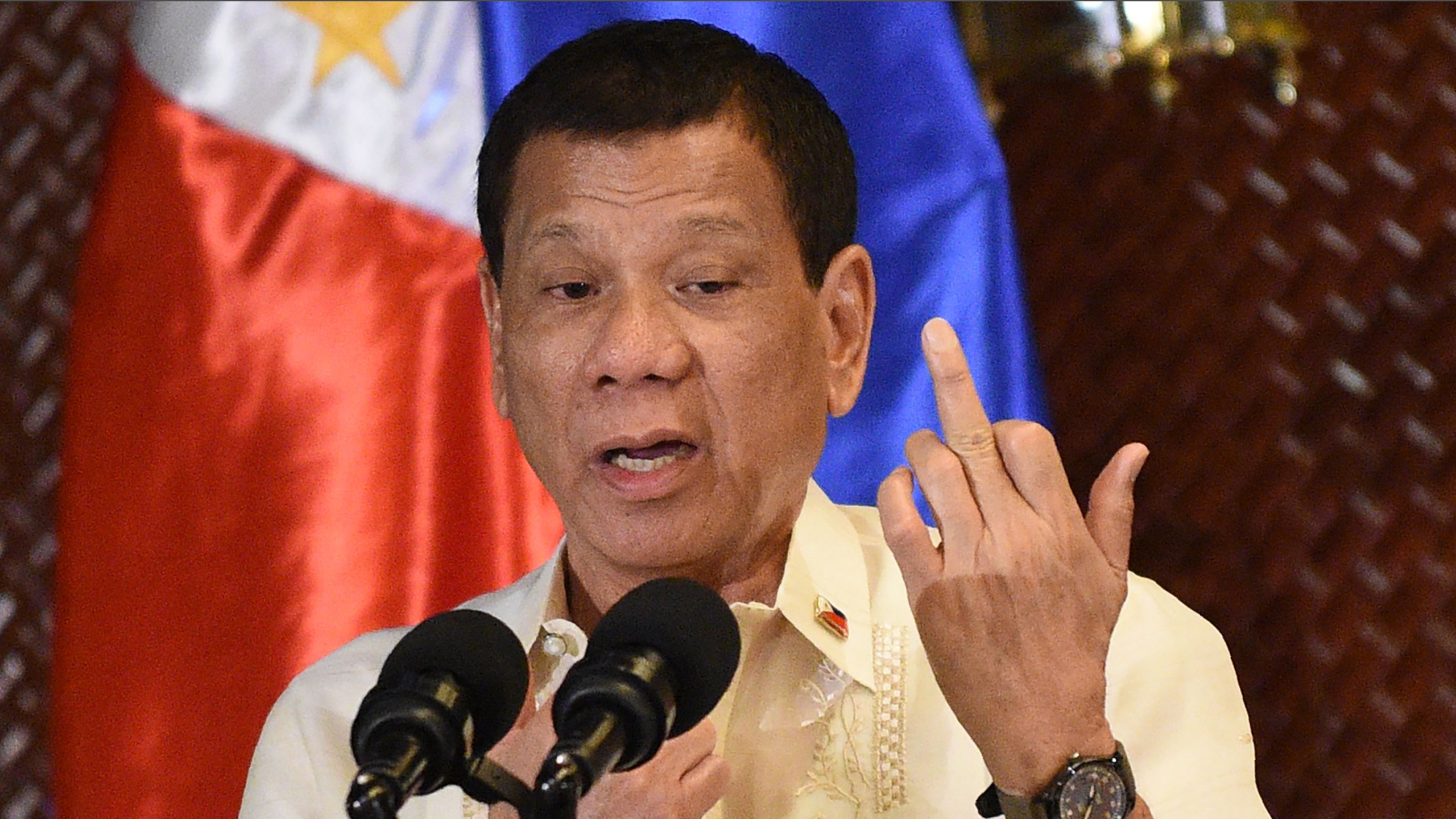 As the Philippines struggles to control their rapidly-increasing COVID-19 cases, the Duterte administration is taking advantage of a distracted nation by trampling on their constitutional rights.

Continuing with his tradition of controversial public pronouncements, President Rodrigo Duterte once again shocked rational people by giving his blessings to “police, military, and barangay officials” to shoot those who violate his COVID-19 lockdown restrictions.

His announcement came just hours after protesters in San Roque, Quezon City were violently dispersed by the Police. Those residents were demonstrating against the lack of food assistance from their local government unit, it ended with the Philippine National Police (PNP) detaining 21 people from their ranks.

While those protesters were breaking quarantine rules by gathering in public, they were merely asking for food items they needed for their sustenance. A hint of understanding would be humane, given that the true failure was on the part of the Quezon City local government who promised the food packs and not the residents who simply held them to account.

But instead of expressing compassion, President Duterte vehemently castigated these protesters.  He accused them of being part of an organized “leftist” network that is deliberately sowing chaos in society, and warned these “leftists” “not to challenge the government” because they “will lose”.

Those accusations were unfounded, the San Roque residents were merely concerned for their respective families’ sustenance. Rather than to ameliorate their burden, the President threatened them if they continued with their dissent.

The crackdown on the San Roque protesters was by no means an isolated incident. Strict quarantine measures introduced to curb the spread of COVID-19 has also been leveled against those who dare challenge the Duterte government.

A Facebook user was issued a subpoena by the National Bureau of Investigation (NBI) for allegedly criticizing the derisory funding for COVID-19 assistance by the administration, despite being able to spend Php2 billion for a private jet only a year earlier. It was a fair argument to make, and certainly within the bounds of the law, but despite that the user has been summoned by the NBI’s cybercrime division for the post.

The same fate befell, Joshua Molo, editor-in-chief of the University of the East’s (UE) student paper. He was forced to issue an apology on video after criticizing the Duterte adminstration on Facebook, which was deemed “libelous” by his pro-Duterte social media connections.

According to the student journalist, he simply “raised the inaction of the Duterte government”. Just like the Facebook user subpoenaed by the NBI, Molo has also been penalized simply for criticizing the government.

The crackdown on social media dissent has come directly from the Duterte administration itself. Justice Secretary Menardo Guevarra said he directed the NBI to go after those who spread online posts that cause “undue panic and alarm”. This included those who “[undermine] government efforts for a unified and coordinated approach”, which is extremely nebulous it could be interpreted arbitrarily.

What exactly undermines government efforts? Can this include statements which criticize the fact that government action barely covers the immediate needs of the community, as in the case of the two Facebook users?

A further update by the NBI states they summoned 17 individuals for allegedly “spreading fake news” – it is unclear if these people were indeed disseminating disinformation or simply just criticizing the Duterte government.

As further proof of how ridiculous the Justice Secretary’s order is, the mayor of Pasig City Vico Sotto was summoned by the NBI for allegedly breaching the order. The Bureau’s Anti-Graft division wanted the mayor to answer questions to respond to accusations of “disobeying national government policies or directives in imposing qurantines”.

This was met with fierce opposition from the public, with many stating Sotto was only singled-out because he is not an ally of the incumbent administration. After intense public backlash, the Department of the Interior and Local Government (DILG) assailed the NBI and dropped any complaints against Mayor Sotto.

Vice-President Leni Robredo herself was also threatened with an NBI investigation by Duterte’s allies in the Presidential Anti-Corruption Commission (PACC). Her “crime”? Allegedly “competing” with the government by distributing relief packs to vulnerable residents on her own initiative.

Commissioner Manuelito Luna insinuated that the Vice-President may have violated certain laws when she received donations to help those most affected by the crisis through “illegal solicitations (and) actions that compete with or calculated to undermine, national government efforts” to mitigate the impact of the health crisis. The official from the President’s own anti-corruption body said Robredo should leave the relief efforts to government agencies only.

That is hugely insulting to the millions of impoverished residents who have been waiting in hunger for vital food and medicine supplies. The efforts by the Vice-President should be appreciated by the administration who are spread thin, instead she was threatened for her work.

President Duterte himself fired Comm. Luna for the latter’s preposterous suggestion but that came only after massive public outrage ensued that the Vice-President would be investigated for her efforts to help. This is similar to the case of Mayor Sotto, who was also threatened with an NBI investigation which was only stopped by an appeal from the people.

The question still remains, why is the NBI or the Duterte administration going after those who either criticize their relief efforts or dare to rival it? It seems that under the panic of the COVID-19 pandemic, the present regime has outlawed dissent under the guise of “being united” against the virus.

It also seems the NBI, which is the country’s foremost anti-crime unit, has been weaponised to silence dissenters. Rather than monitoring Facebook, the Duterte government’s focus should be in stamping out COVID-19 and alleviating the suffering of those who have been left without work or a source of income due to their enforced lockdown.

While the world stems the slow spread of COVID-19, the Philippines seems to be in danger of the creeping spread of authoritarian rule as well.