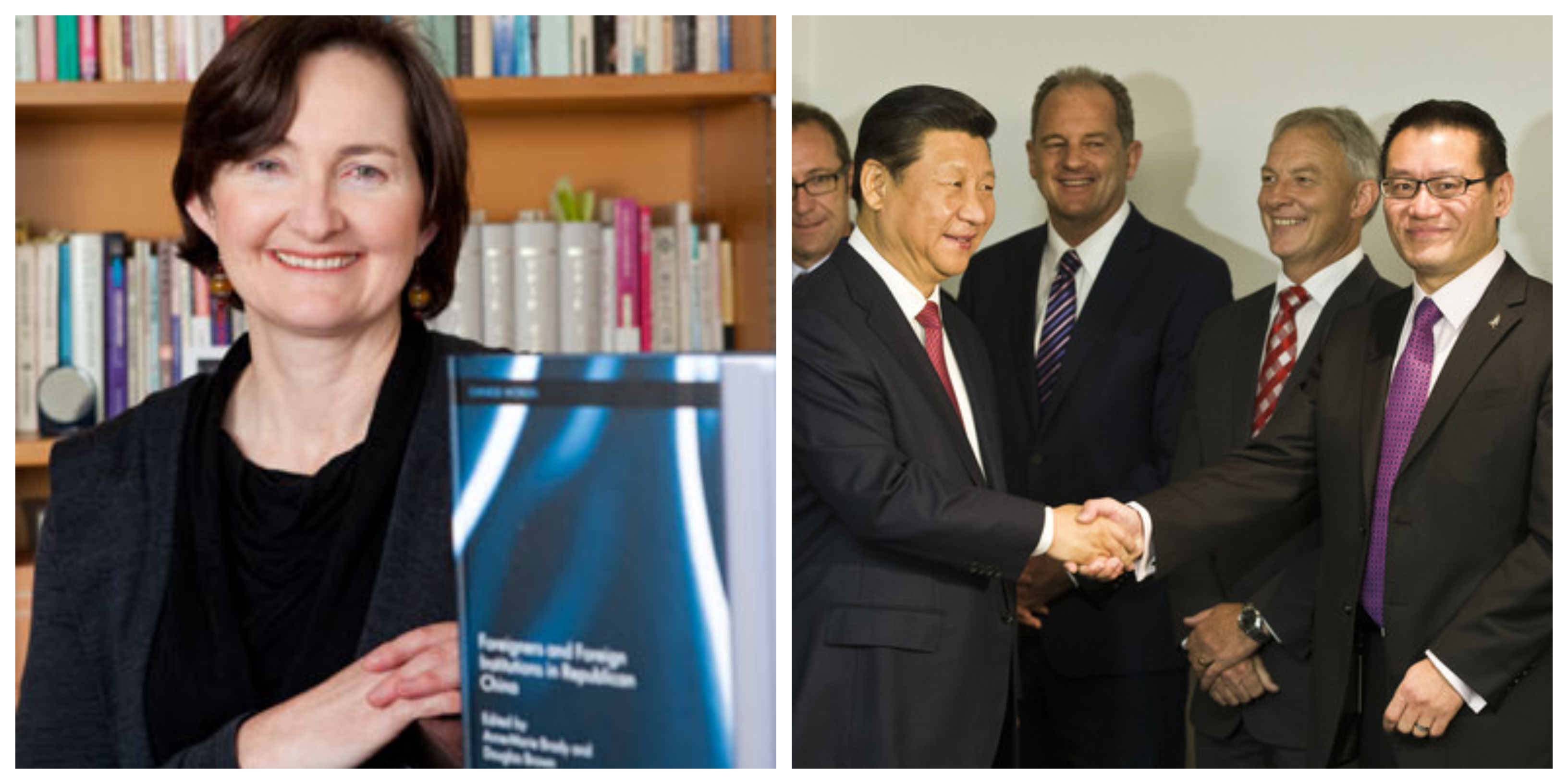 Ever since releasing her groundbreaking “Magic Weapons” report which highlighted the influence the Chinese Communist Party (CCP) has over New Zealand’s political system, political analyst Prof. Anne-Marie Brady has seen continuous attempts to intimidate her work in her own country. What is even more concerning is that her plea for help from her own elected politicians have fallen on deaf ears, instead becoming ostracized by them.

The latest example of that ostracism happened this week, as Brady was blocked from making a submission to Parliament’s Justice Select Committee. Opposition to her appearance mostly came from Labour Party MPs, in fact the select committee itself is chaired by Labour list MP Raymond Huo.

Upon publishing her report, the University of Canterbury professor has urged the Government to look more closely at creeping CCP influence over our political system. Especially as she noted in that paper that “China’s covert, corrupting and coercive political influence activities in New Zealand are now at a critical level.”

Despite the damning findings she made, and the urgency of the issue at hand, Labour MPs bizarrely decided to stop her from speaking out. It should also be a point of interest that the committee’s chair, Raymond Huo, was named by Brady in “Magic Weapons” as having extensive links with CCP-related groups in New Zealand – collectively called the “United Front”.

While it may be possible that Huo’s committee rejecting a key CCP critic is purely coincidental, the connection is damning nonetheless and should make the Labour Party – and New Zealanders in general – question the list MP’s personal interests.

(YOU CAN READ THE FULL “MAGIC WEAPONS” PAPER BY PROF. BRADY BY CLICKING HERE)

Huo justified the rejection of Brady’s submission as “purely procedural”, given that the cut-off date for submissions by private citizens was in September and therefore the latter was already late. However, the committee was asked by Justice Minister Andrew Little to “to widen the scope of its work and look at the resilience of our electoral system against foreign interference risks” only in October – which is why the Canterbury academic is making her submission now.

As expected, that decision by all four Labour MPs on the select committee was widely criticized by the National Party – particularly by their spokesperson for electoral reform, Dr. Nick Smith. The MP for Nelson said their decision was “deeply concerning” and “unreasonable”; given the context of the issue they are discussing, he is absolutely correct with that assessment.

Fortunately, after intervention from their Party Leader and current Prime Minister Jacinda Ardern the select committee have decided to allow Prof. Brady to make a submission after all. Huo said that his decision was “not a reversal” and that it was his “personal view” that his select committee now accept new submissions from anyone, including Brady.

But it begs to ask, why did he not have the same “personal view” to start off with? Huo had justified Brady’s initial rejection by saying he was being “procedural”, what has made him eschew procedure and instead turn to his own judgment?

It is also worth asking if Prime Minister Ardern had not intervened, would our political class fully ignore what Prof. Brady – a distinguished scholar who is an authority in Chinese foreign policy – had to say about the CCP’s presence in New Zealand?

From the start, the Government should have noted the blatant conflict of interest in having Raymond Huo chair a committee investigating an issue that he, himself, has been linked as playing a central role in. Even if Prof. Brady can now speak before the justice select committee, it remains to be seen if her testimony would be heard fairly given that she has named its very chairman in her investigation.

In general, what should worry us New Zealanders is that both of our two “main” parties have now been exposed to have links with organisations with direct ties to the CCP. It was always a given that our tiny Pacific national would be outgunned militarily by the Asian superpower, but have we now been outgunned politically too – in our own home turf?

2 thoughts on “Prof. Anne-Marie Brady continues to be ostracized by our own politicians”