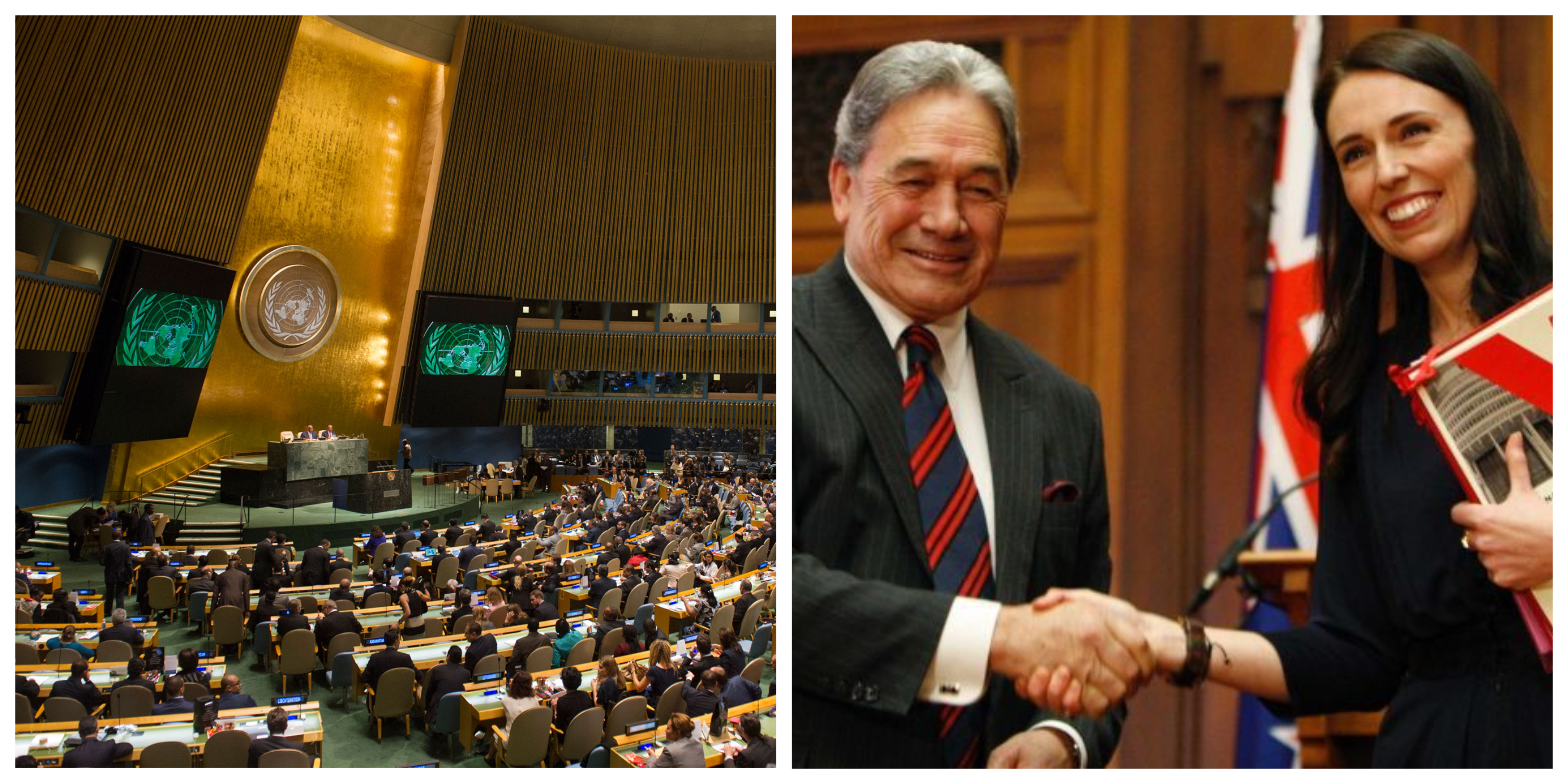 It was only fitting that an eventful political year would culminate in vitriol that has swept many people on social media.

The latest storm in a teacup to hit New Zealand’s political scene is not even a domestic issue, but rather of foreign policy. The Coalition Government decided to vote in favour of the United Nations Global Compact for Safe, Orderly and Regular Migration, represented on the international stage by the Foreign Affairs Minister Winston Peters.

Controversy arose when critics of the Government falsely attributed the Compact as a treaty that would compel sovereign states to accept migrants, with even some speculating that by agreeing to the international pact New Zealand will effectively lose control of its borders.

(READ the full text of the UN Global Compact: HERE)

However, the UN Global Compact on Migration is not even a treaty — it is, according to its text, “an intergovernmentally negotiated agreement, prepared under the auspices of the United Nations, that covers all dimensions of international migration in a holistic and comprehensive manner”.

The Compact lists out 23 objectives to attain a humane and sustainable global migration that respects human rights and reduces the risks migrants face when moving from one territory to another. This global agreement does not refer to the sovereignty of countries, but rather ensuring that human dignity is not diminished in the process of migration.

Given that the Compact is not a treaty, it is non-binding in international law. This position was further reinforced by the Crown Law Office and the Ministry for Foreign Affairs and Trade (MFAT), who were both tapped by the Government to provide legal advice over the wording of the Compact.

Paragraph 7 of the Compact’s preamble explicitly states: “This Global Compact presents a non-legally binding, cooperative framework that builds on the commitments agreed upon by Member States in the New York Declaration for Refugees and Migrants.”

In addition to the definitive proof of its non-binding nature, the Compact also reaffirms the sovereignty of different states in its text. Paragraph 7 reads: “[the Compact] fosters international cooperation among all relevant actors on migration, acknowledging that no State can address migration alone, and upholds the sovereignty of States and their obligations under international law.“

Furthermore, the issue of state sovereignty is further reinforced in Paragraph 15 of the Compact which reads: “The Global Compact reaffirms the sovereign right of States to determine their national migration policy and their prerogative to govern migration within their jurisdiction, in conformity with international law”.

This was also mentioned in the legal advice by the Crown Law Office, which noted that supporting the Compact “does not constrain or limit the actions of future governments over immigration or national migration policies”. (page 3, paragraph 16)

The advice also notes that “as it remains in New Zealand law an international instrument is not directly enforceable in domestic judicial review or other proceedings” (page 4, paragraph 20). Many had argued that supporting the Compact will restrict elected Governments from controlling our immigration policy, this analysis should dispel those speculations completely.

With that, the Crown Law Office takes the view that the Compact does not entail New Zealand to do any tasks but rather “moral and political commitments only” (page 4, paragraph 20).

There is nothing that New Zealand must do by our support of the Compact, but we are expected to uphold the objectives set out in the Compact the same way that the UN Declaration of Human Rights expects us to respect fundamental human rights of our people.

Commonsense should have been enough to know that the Compact does not surrender our sovereignty, 152 countries voted in favour for this UN resolution which include Russia, France, China and the United Kingdom.

Are those alarmists really going to suggest that those four military superpowers will voluntarily surrender their country’s sovereignty just like that?

A common refrain heard from the side of the fear-mongering critics is that our traditional allies such as Australia and the United States did not sign it, which they take as a warning sign for us not to sign also.

However, it is easy to understand why the USA would not support the Compact given the populist, anti-migrant rhetoric of Donald Trump which saw inhuman crackdown of immigrants in June this year.

Australia’s domestic politics can also be attributed to their abstention from the Compact, with Prime Minister Scott Morrison attempting to win voters by taking a hardline stance on immigration.

Despite the conclusive findings, many remain disgruntled over the Government’s decision to support the Compact. Sentiments on social media equated their act to “treason”, insisting that their election campaign promise to significantly reduce immigration has been reneged.

On the contrary, the Compact actually enables New Zealand to reduce the levels of immigration it receives. According to the Compact’s digest, it also: “aims to mitigate the adverse drivers and structural factors that hinder people from building and maintaining sustainable livelihoods in their countries of origin”.

This is reflected in the Compact’s Objective #2 aims “to minimize the adverse drivers and structural factors that compel people to leave their country of origin”. By understanding the push factors migrants experience, we can prevent their need to leave their respective homelands and thus reduce the level of migration that we take in and thus in line with the Coalition Government’s priorities.

Objective #4 is also of interest, it aims “to ensure that all migrants have proof of legal identity and adequate documentation”. This is in sync with the desire of New Zealand First supporters (one of the Coalition Government parties and led by the Foreign Minister) to ensure a robust and secure border.

Despite the rational and justifiable nature of the Compact, it is among the most widely criticized international agreements made by a New Zealand Government – rivaled only by the TPPA. The main opposition party, National, claims that the Compact “treats legal and illegal migrants the same way”.

This is true, the Compact itself does not distinguish between legal and illegal migrants because that distinction is a matter for sovereign nations to decide according to their own immigration policies. The Compact does instead repeatedly differentiate “regular” and “irregular” migration, as can be seen in Paragraph 27, page 18 and in Paragraph 15, page 4.

It is very clear that the Compact is not an international treaty, and therefore cannot be used against our country in an international court or tribunal. Rather, it is a framework that different member-states of the United Nations have collectively drafted and agreed upon to ensure safe, orderly and humane migration that protects human life.

The Compact was established on good intentions. It is shameful that a handful of opportunistic entities have chosen to go on a populist rampage to smear the agreement as something it is not.