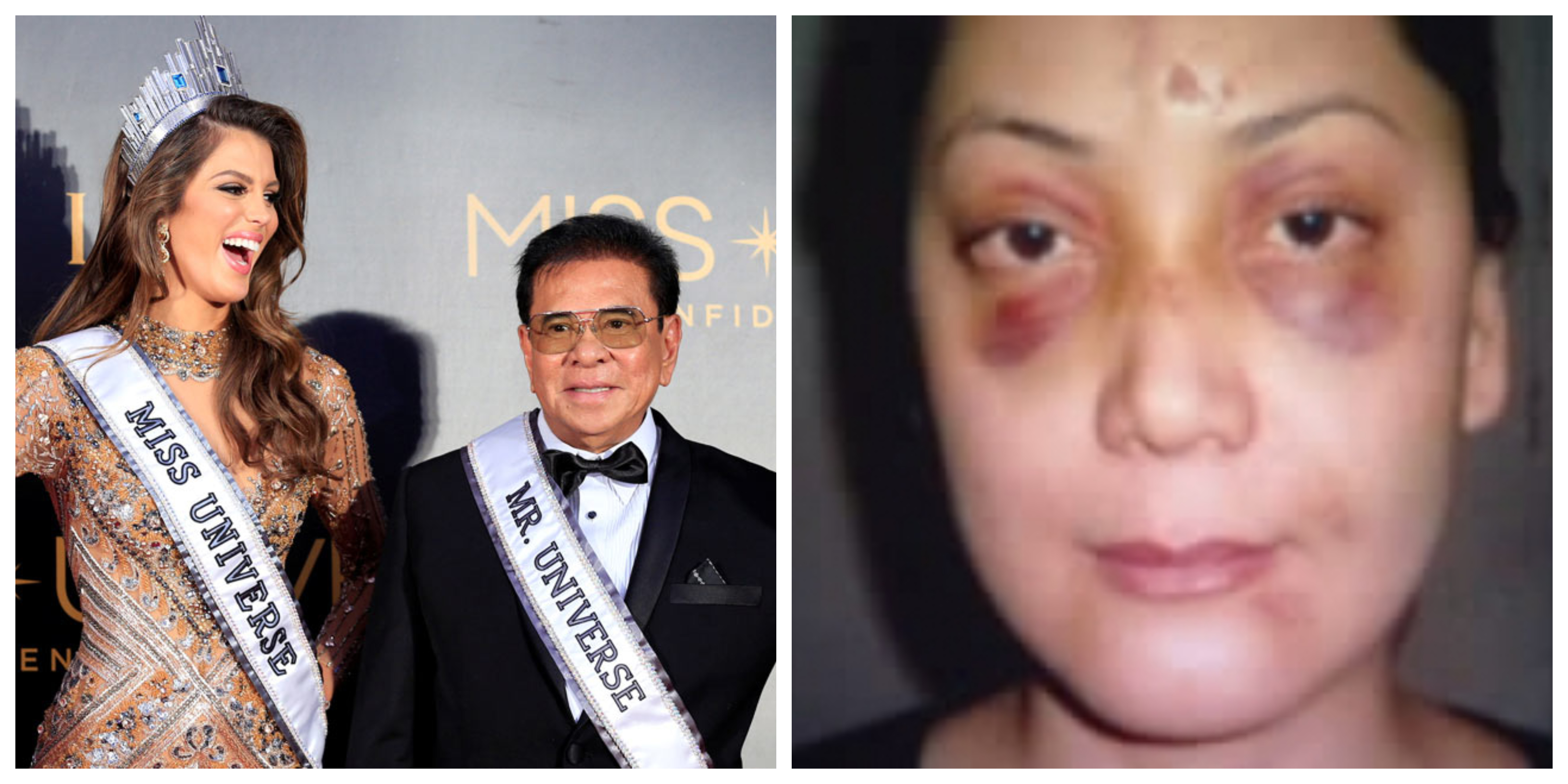 On the 3rd of November 2016, the reigning Miss Universe Pia Wurtzbach announced that the next iteration of the prestigious beauty pageant will be held in her home country – the Philippines. There were rumors prior that the Philippines would host the 2016 edition of the pageant, but these were initially shot down by President Rodrigo Duterte citing extravagant costs.

Yet to the relief of pageant fanatics, Filipino businessman and ex-polician Chavit Singson came to rescue and offered to round of investors to shoulder the costs. For his generous efforts, the former governor of Ilocus Sur became the face of the Miss Universe pageant – despite the dozens of global beauty queens who comprise it.

Many were quick to sing praises of the tobacco magnate. While he does deserve credit for salvaging the country’s opportunity to host a major international event, the public fail to realize that given Singson’s past he should be the last person to host an event concerning women’s empowerment.

In 2009, Chavit’s wife revealed to the media her bruised face which she attributed to her then-husband’s brutality. Che Tiongson appeared on nationwide television revealing that her husband had caught her with another man, which led him to beat her and the lover up.

In her own words, Che described the horror of her ordeal: “it was like he was going to kill me,” she said in Tagalog. The domestic abuse survivor even narrated how she remembered seeing her lover get tortured in front of her by Chavit’s personal bodyguards, and that a whip and a gun were present in the scene.

To his defense, Chavit defended his actions that he was merely retaliating for his wife’s infidelity. He justified his actions by stating in Tagalog: “thankfully, I did not kill them.”

Singson repeatedly stated that he did not regret his actions because the pair “had lied to him” about their actions. Again, he said, “thankfully I am not ruthless, I did not kill them.”

Such barbarism is a contrast to what the Miss Universe pageant, or beauty pageants in general, are supposed to stand for: women’s rights and their empowerment. In an interview regarding the hosting of the pageant, Singson ironically bragged that this edition would include a “women’s empowerment” program.

The only praiseworthy aspect of his announcement is how he was able to do so with a straight face. The incident drew criticism from women’s rights group Gabriela, as well as by renowned family lawyer Katrina Legarda who suggested filing a case against Singson under the Violence Against Women and Children Act of 2004 with a corresponding penalty of twenty years in prison.

Surprisingly, Che Tiongson withdrew all charges against Chavit Singson later that year – which meant that the latter had evaded punishment for his acts. Women’s group Gabriela likened Tiongson’s case to the average domestic abuse survivor anywhere in the world: wanting to seek justice but lack empowerment to do so.

Ironically, the culprit of that assault wants to instill empowerment among women throughout the world. This depletes the message of Miss Universe, transforming it into a mere corporate event devoid of any worthwhile principles.

If there is any lesson to be taught on women’s rights, Singson should be among the first to enroll. Chauvinism and toxic masculinity need to be addressed in an event that is supposed to celebrate femininity and women’s empowerment.