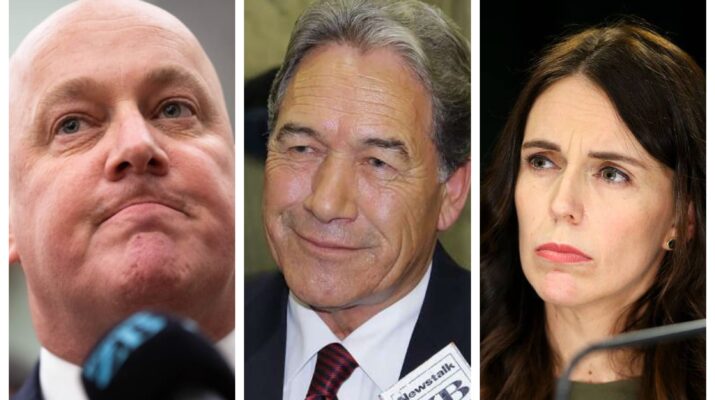 With Parliament in holiday, MPs around the country would have welcomed the new year at the beach, at a barbie with friends and loved ones, or exploring the natural beauty New Zealand has on offer.

Regardless of where they might have been, the general elections happening this year would have undoubtedly been on their minds.

Party leaders will be pondering on their tactics leading up to the campaign. Obviously the Prime Minister would be deep in thought of when she would like the election date to be, while opposition leaders Christopher Luxon and David Seymour would be licking their chops strategizing on how they would go after Jacinda Ardern and her government this year.

For many MPs, they would be lamenting on whether or not they will still have jobs by year-end. Going by recent op-eds and political headlines, many would presume that those MPs would belong to the Labour Party.

By any measure, 2022 was a rough year for the Labour Government. Political headlines were dominated by the Three Waters saga, the cost of living crisis, or the wave of violent crime hitting small businesses.

Before year-end the Labour government also saw a mass exodus of retiring MPs: three of which were Ministers. While those individuals may have their own personal reasons for throwing in the towel, their departures looked a lot like desperate sailors jumping off a sinking ship.

In an industry where perception is everything, their departures were certainly not a good look for Labour.

The barrage of negative headlines and poor political polling would have you believe a change of government is in the offing this year. Political commentators certainly think so, writing at length about how it is all doom-and-gloom for Jacinda and co.

But observations are asinine without applying context.

We should not forget that this isn’t the first time the Labour Government has been in trouble either in the polls or in the commentariat.

The Labour government also faced a barrage of negative publicity at this time: the newly-elected government had to compromise on Select Committee leadership places after failing to secure enough attendance to elect Trevor Mallard as Speaker.

There was also much intrigue about the Labour-New Zealand First Coalition Agreement they agreed to, which was not made public despite Ardern’s promise to make hers the “most transparent government ever”.

Labour’s misery would continue the following year, even as Bill English announced his retirement and was replaced by Simon Bridges. Under the latter, National would consistently poll higher than Ardern’s Labour; polling at 46 percent compared to the governing party at 39 percent on November 2019 – the penultimate year before the next election.

And even on election year itself, in February 2020, National was still polling strongly at 46 percent with Labour at 41 percent.

But as we now know, the Covid pandemic found its way into our shores and what was once significant public outrage and discontent at the Labour-NZ First Coalition Government became faint murmurs. The only thing that mattered then was this mysterious new virus that was plaguing the rest of the planet.

Ardern and her Labour-led government focused their messaging on a human response to the pandemic: saving as much lives as possible by eliminating the virus in New Zealand. Ambitious as it was, Labour achieved that goal and by July 2020 they polled 60.9 per cent in the Newshub-Reid Research poll.

At this election cycle, in November 2022, Labour polled at 33 percent compared to National’s 38 percent on the 1 News-Kantar public poll. It is roughly the same margin that Labour was behind National at the same point last election.

The polls we have been seeing this past 2022 should not distract us from the unpredictability of politics. Just as life is unpredictable, so too are the fortunes of the political parties.

From now until the eventual election date we could still be rocked by political scandals or (God forbid) national crises. The respective responses from the different political parties, including the Labour government, can turn the tides of the election.

This is why any prognosis by the commentariat – be it journalists or other loud people on Twitter – on the 2023 general elections is premature. While the Prime Minister is yet to announce the formal date for election, it is very likely to happen sometime between September and November.

From today until then is a lifetime in politics. What will be the hot issue in February, when Parliament resumes sitting? Which politician will inadvertently make a gaffe that sucks up news headlines for several weeks?

A lot can still happen before the election.