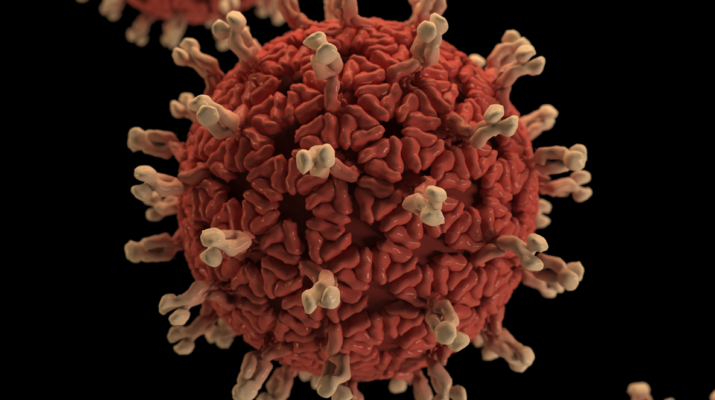 In a world gripped by fear of the COVID-19 pandemic, state actors are facing unprecedented challenges.

Countries around the world are implementing drastic measures: from shutting down international borders to placing cities, or even their entire country, under lockdown. Global metropolitan cities such as Rome, Milan, Paris – to name a few – have seemingly turned into ghost towns as a result. Its remote geographical location did not spare New Zealand from this global emergency.

As radical as they may be, these lockdowns are crucial to overcome the deadly virus. This highly-contagious affliction can infect thousands of citizens in a small frame of time – inundating health services to the point where the cases become unmanageable. As an example, New Zealand’s first COVID-19 case was confirmed on the 28th of February, a month later our number of positive cases ballooned to 514.

Sensing the potent threat of the viral outbreak, Prime Minister Jacinda Ardern followed the route other countries took and placed New Zealand under lockdown. Most businesses were forced to shut and all New Zealanders were mandated to self-isolate within their own “bubbles”.

These measures are unprecedented in New Zealand’s history. It will seriously impact our social interactions but more so it will devastate businesses and Kiwi workers in its aftermath. As with the rest of the world, Prime Minister Ardern was not only staring down the barrel of a health crisis but a potential economic recession as well.

Therein lies the true extent of the problem at hand. The COVID-19 pandemic is both a menace on human life and on the economy also. Undoubtedly, the well-being of its citizens should be the first priority of any responsible government; but it is juvenile to completely ignore economic repercussions of any policy introduced.

An economic collapse will mean the loss of jobs and businesses. People become unemployed and become unable to afford their basic needs: food, shelter, utilities and so on. While the virus may not kill them, hunger might.

Therefore, a responsible government should balance their duty to protect the well-being of its citizens whilst ensuring those individuals have the means to sustain themselves also. Any country facing the COVID-19 pandemic has to perform this balancing act, New Zealand included.

A lockdown is effective in preventing the spread of the virus and eventually stamping it out. But human beings have other needs like jobs, shelter, and food to name a few.

On the 17th of March, less than a week before the shutdown was announced. The Coalition Government unveiled a $12.1 billion spending plan that would boost both our health services and cushion the economic impacts of the global pandemic.

Countries should take heed to the grim realities in Italy, where their health services became inundated with a rapidly increasing number of COVID-19 cases. Meanwhile, our key export industries such as tourism, forestry, and air transportation have been on life support due to international travel restrictions.

New Zealanders were at risk of losing their jobs, hence the government’s stimulus package introduced a wage subsidy scheme to help employers retain their employees. Under this scheme, the government would pay a portion of an employee’s salary thereby alleviating the burden on struggling businesses. Further supporting Kiwi businesses, the package also includes a range of tax measures to free up cashflow and lower compliance costs for small businesses.

Though it is a given that many will lose their jobs during these tough times. Anticipating this, the unemployment benefit was increased by $25 to supplement incomes but also to boost consumer spending while the economy is slowing down.

A freeze on rent hikes has also been implemented, along with a six-month mortgage holiday to help New Zealanders afford the cost of their accommodation. In conjunction, further measures to protect tenants have been introduced which have made it increasingly difficult for landlords to evict tenants for failing to pay rent.

Further investments were made to enhance our health services. While only a small fraction of New Zealand’s COVID-19 cases required hospitalisation, it is prudent to be ahead of demand.

This included funding for more intensive care units and necessary medical apparatuses. Video conferencing had also been expanded to minimise the exposure of GPs and other healthcare workers with symptomatic patients requiring consulations.

The World Health Organization emphasized the importance of testing for COVID-19 and if positive, tracing people the patient had been in contact with. The support package also provided for improved contact tracing, ensuring that individuals exposed to those infected will be promptly informed and placed into self-isolation.

Based on their response, we can see that the Coalition Government is not treating the pandemic as only a health crisis. They are showing foresight by anticipating this global emergency’s impact on the world economy. COVID-19 definitely has the potential to take countless lives, but an economic meltdown presented similar possibilities also.

How successful the Coalition’s strategy will be can only be determined in the next few weeks. The lockdown on the entire country is slated to run for at least four weeks, there are no guarantees if this will be prolonged.

By the end of April, the efficacy of their support package in cushioning the pandemic’s impact on our economy will slowly unravel. The next few weeks will also show if the lockdown put in place had successfully neutralised the virus spreading in our communities.

At the time of writing, the country has 514 cases of COVID-19. That number is still comparatively small when viewing in a global context, but this should not breed complacency. At one point the nations of Italy, Spain, and the United States had the same number of cases themselves.

Today, their number of confirmed cases are in the tens of thousands.

Nonetheless, it is comforting to see that the government is choosing to be pro-active rather than reactive in their approach. But even planning has its limitations, the true test for the Coalition is how well it can adapt to an increasingly unpredictable year.

One thought on “COVID-19 in New Zealand: How should we judge the government’s response?”