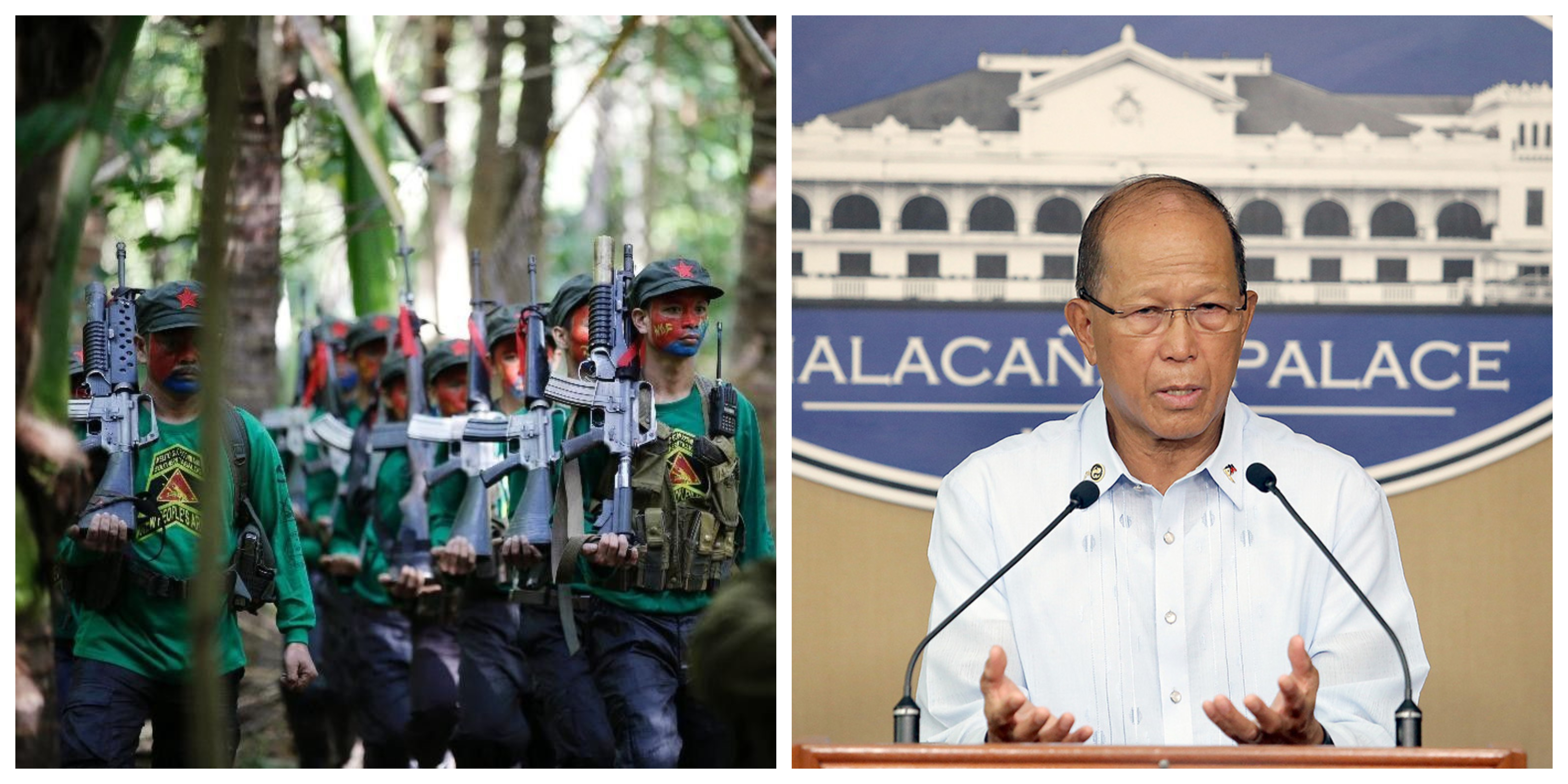 Pushed by President Duterte’s obsessive campaign to rid of the New People’s Army, the Armed Forces of the Philippines (AFP) has waged war not just on the battlefield but in the media as well – determined to end the revolutionary group that is celebrating their 50th founding anniversary this year.

Despite already launching a series of brutal and costly military assaults on rural populations to drive out the NPA, the AFP are also taking the fight to the airwaves by announcing a string of alleged defectors and surrenderees from the rebel group.

The military themselves reported that a total of 53 NPA fighters surrendered in May 2018, that followed earlier reports from the AFP website that 51 NPA encampments had been seized between January-March 2018 and that 28 rebel leaders from the group had already surrendered during that time. The AFP also reported great yields in confiscating weapons belonging to the NPA, thereby severely crippling the rebel group.

Yet, during that same period, the NPA were able to launch a string of coordinated attacks that resulted in great losses for the military also. Four government soldiers were wounded in an attack in Quezon province, while a soldier was killed in an NPA attack on a government base in Kalinga province. Both incidences happened during the same timeframe that the NPA were reportedly debilitated.

Last year, the NPA were also able to launch a wave of attacks on government forces during the Holy Week celebrations – usually a time when the AFP is on full alert for insurgency.

According to the AFP’s website, a total of 4,356 NPA fighters and supporters surrendered during the first half of 2018. And yet, just in January that same year their Chief-of-Staff – Gen. Rey Guerrero – disclosed that there were only 3,700 active fighters left in the NPA.

By simple arithmetic, their numbers do not add up. The official response was that the number cited by the AFP’s highest-ranking military officer is merely the number of combatants, while there are thousands more non-combat supporters.

However, in 2017 the AFP also had the same estimate of the NPA’s overall strength – at 3,700 in February 2017. This is suspicious, despite a series of alleged NPA surrenders as well during that year the overall numbers of the rebel group still remained at 3,700 by Gen. Guerrero’s statement on January 2018.

Funnily enough, the Department of National Defence (DND) disclosed that “the NPA’s numbers had surged” to 5,000 fighters also in February 2017. That contradictory statement by Defense Secretary Delfin Lorenzana was given not even a week after the 3,700 estimate by his own armed forces.

Only one of those two estimates are correct, and with such great disparity the contradiction could not have been a rounding error. Given that the two sources are both (supposedly) legitimate – one is the hierarchy of the military and the other the Cabinet minister in-charge of the military – it is impossible that either one of them were not privy to official intelligence reports of the armed forces.

Therefore, it stands to reason that one of those two sources were caught in a deliberate propaganda – an attempt to portray the military’s campaign against the NPA to be more successful than it really was.

If the military and the Government itself could fabricate official information to help their cause, it is not farfetched to believe they can do it again.

This could also explain why the bulk of the reported “mass surrender” of NPA rebels happened in the lead-up to the 50th founding anniversary of the Communist Party of the Philippines (CPP) – the umbrella organization which the NPA is a part of. The revolutionary organization celebrated their golden year on the 29th of December 2018.

The AFP reported that they had captured two sites that were of significance to the CPP/NPA, they again announced the taking of two more NPA camps on Christmas day. Just a day after the CPP’s 50th anniversary, the military launched a wave of assaults in the island of Negros – disguised to be “anti-narcotics operations” – which allegedly killed 6 NPA fighters and captured 24 others.

And just before the end of 2018, the Government had announced the surrender of a total of 11,000 NPA fighters and supporters throughout the whole of 2018. Again, a number that does not seem to withstand the test of basic arithmetic.

The use of psychological warfare (psy-war) to weaken belligerents during times of conflict is a vintage tool in the art of combat. A psy-war campaign often involves the reporting of fake mass surrenders and defections to exhaust the morale of active fighters, enticing them to surrender also.

Whether or not the military is employing traditional psy-war in announcing these “victories” against the NPA cannot be conclusively determined, however it is highly suspicious.

What should be a point-of-interest for observers is that for every alleged NPA fighter or supporter that surrenders, they receive a corresponding reward money intended to help them reintegrate back into society.

Under the Comprehensive Local Integration Program (CLIP), NPA fighters and supporters who surrender their weapons and return to the fold of the Government are entitled to receive a cash assistance of up to Php65,000 to help in their reintegration.

The project is well-meaning, but what measures are there to ensure that the rebels who surrender are truly from the NPA? At first glance, the process is prone to exploitation by opportunistic individuals – especially those who stand to gain from the effects of psy-war and can profit from the cash incentive also, much like a military official.

This was the sentiment echoed by CPP founder Jose Maria Sison, who also expressed great skepticism at the “NPA surrenderees” claimed by the military. If there really have been 11,000 ex-NPAs who have surrendered they have all received the CLIP financial package – that is a total of Php715,000,000.

How many of those are genuinely ex-rebel surrenderees, given that the military and the Defence Department cannot even coordinate their estimates of rebel numbers? The scale of corruption this psy-war strategy could potentially yield is enough to make any of us scrutinize it critically.