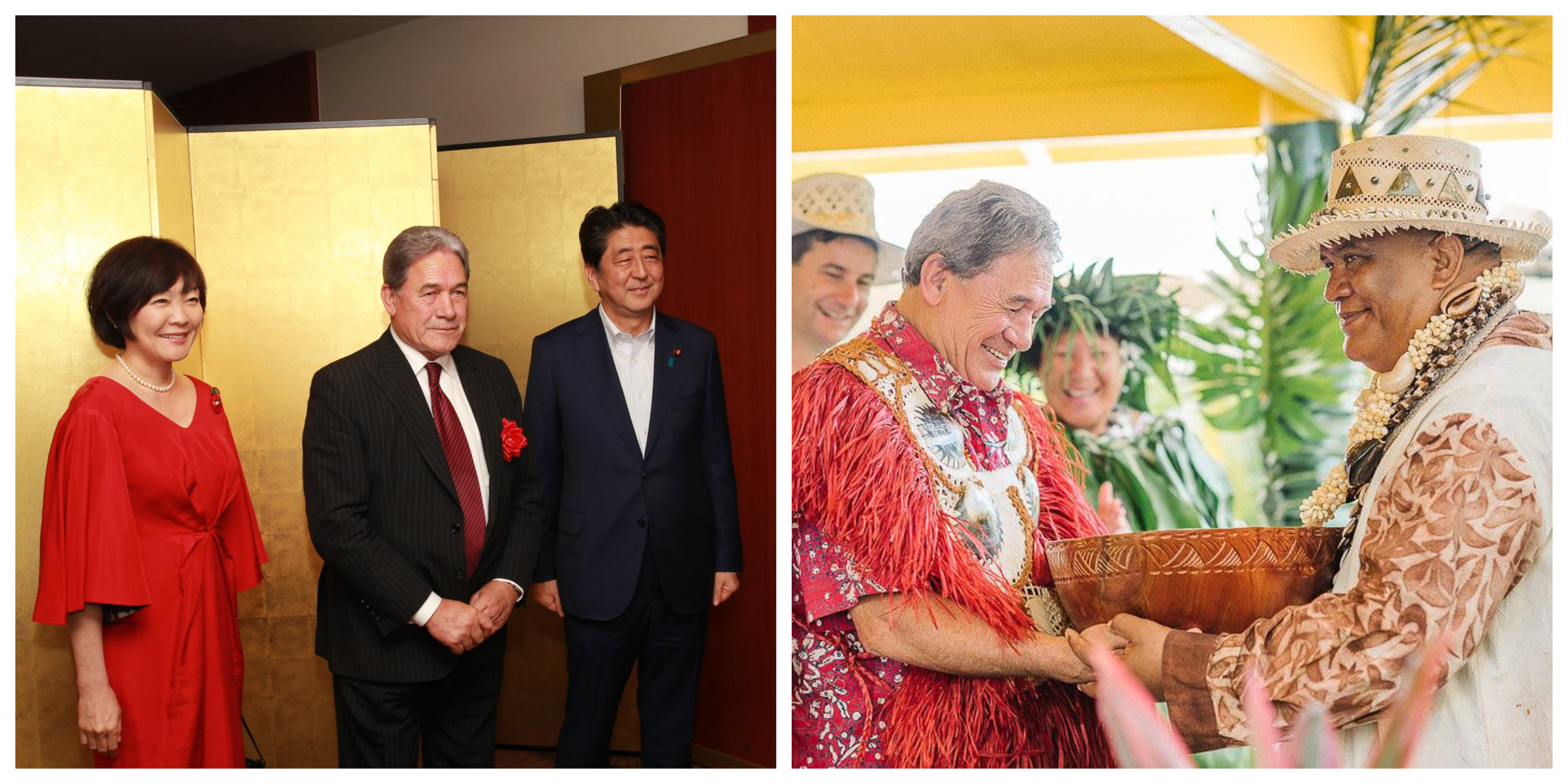 As they are paid for by taxpayer dollars, many New Zealanders become critical when they see elected politicians traveling overseas. The most common accusation is that these public servants are enjoying luxuries paid for by citizens – essentially, a tax-paid vacation. Given that their portfolio requires conferring with the international community, the politician that generates the most opprobrium is the Foreign Minister – who is currently the Rt. Hon. Winston Peters.

He becomes an even easier target when you factor in that he leads a party called “New Zealand First” – so when his critics see his excursions overseas, they often denounce him for apparently putting “New Zealand last”.

However, by undergoing such expensive, taxpayer-funded overseas trips the Foreign Minister is doing his part to transform New Zealand into a more prosperous country. As ironic as it may sound, by going to other countries and rubbing shoulders with foreigners Peters is putting New Zealand first.

As the Minister of Foreign Affairs, he is the country’s top diplomat. It is said that diplomacy is the world’s oldest profession, contrary to the well-known saying that it is prostitution.

The parable of Adam and Eve, and their fall from grace after being tricked by the sinister snake into taking from the Forbidden Tree is widely held to be the first known instance of diplomacy. The snake negotiated Eve into taking the fruit, which meant it was able to persuade another to perform a deed they would not have otherwise done and which is beneficial to the persuader.

In modern times, diplomats are expected to forge friendly relations with other states, establishing trade agreements with other economies and protecting the welfare of their compatriots living in foreign lands. Such an endeavor requires a great deal of travel, which is exactly why Peters can be often be seen in other countries.

The complexities of Peters’ duty as Foreign Minister goes beyond just making appearances at overseas functions, the true challenge of his work lies in being able to forward New Zealand’s exports to other countries.

It is precisely why almost immediately after being sworn in as the Minister, Peters vocally pushed for a free trade agreement with Russia – one of the world’s largest economies. Despite the sheer potential of a trade deal with one of the world’s biggest importers of dairy products, New Zealand recorded a total two-way trade of $762 million in 2014 – paling in comparison with the $19.6 billion in trade registered with the European Union in 2015.

Part of NZ First’s coalition agreement with NZ Labour was to “work towards a free trade agreement with Russia-Belarus-Kazakhstan Customs Union”, a market which despite its size (and still growing, with the recent addition of Armenia and Kyrgyzstan) the country continues to ignore.

Another trade arrangement the Foreign Minister is vocal about is with the Commonwealth nations, particularly with the United Kingdom which is in the process of leaving the European Union. In fact, Peters have signaled for the free trade agreement even before he became the Minister.

In April, as part of the Commonwealth Heads of Government meeting, Peters met with representatives of the United Kingdom and the European Union which included Boris Johnson and Emmanuel Macron.

Opening up new markets for our producers to sell their commodities to is a vital role for the Foreign Minister, which means that paying for Peters’ overseas travels is a worthwhile cost to make if we can secure such lucrative mercantile arrangements out of it.

Aside from fostering strong ties beneficial to New Zealand, the Foreign Minister also ensures the welfare of our neighbouring allies – particularly those in great need assistance. Being one of the larger economies in the Pacific region, we incur a moral obligation to provide aid if the safety or security of these partner-states would be under threat.

The country currently is one of the largest donors to the Pacific, in terms of disaster relief and to finance projects which would benefit the well-being of their populace. The recent Pacific Mission which Peters and the Prime Minister Rt. Hon. Jacinda Ardern embarked on in the Cook Islands, Samoa and Tonga served that purpose.

As a gesture of goodwill, Peters ensured that the process of receiving superannuation for Cook Islanders – who are entitled to such – would be more portable. There was also an agreement signed more recently to provide $11 million to upgrade the electricity network for the Tongan capital city of Nuku’alofa.

New Zealanders can also find comfort in having their tax dollars invested by an experienced Foreign Minister as well. In 2005, under the Labour-led government of Helen Clark which NZ First was a confidence & supply partner of, Peters was also designated as the top diplomat.

The Rt. Hon. Clark speaks fondly of Peters’ service as her Foreign Minister, and he is widely credited for normalizing ties with the United States. Most notably, he brought then-U.S. Secretary of State Condoleeza Rice on an official visit to New Zealand at a period when our bilateral ties were soured by the Clark government’s refusal to back the U.S.-led invasion of Iraq.

The work of Peters as Foreign Minister is critical to our standing in the global community, our international trade and our national security. Trade alone pumps billions of dollars into our economy, shouldn’t that be enough to pay a few thousand dollars for a trip to France?

Just because the prospect of being paid to travel overseas sounds like a lucrative job title, does not mean that no hardwork is actually being made.

Just because we are not privy to the details of the meetings, functions and bilateral talks that the Foreign Minister holds on such trips does not mean these important events do not happen.

As citizens who do not have access to the every day affairs of diplomats, we only see their photos from news media and think that is all there is. But beyond the glitz and glamour, there is actually important work being done to put New Zealand first.