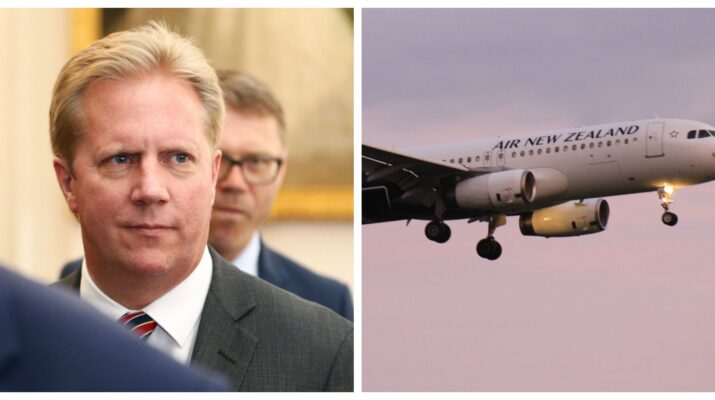 The Member for Rotorua, Todd McClay, who is also a senior member of the National Party, took to social media to lambast the Coalition Government for using his electorate as a site of a managed isolation facility for new arrivals from overseas.

Expressing his outrage, McClay claims the people of Rotorua were not told their city would be used as a quarantine site and said he feared for his constituents’ health and safety.

He posted a video clip of a busload of new overseas arrivals – Kiwi citizens and residents – who were being ushered into a hotel in the city. McClay claimed that these people were “spirited to Rotorua under the cover of darkness” – as if the fact that their flight arrived in the evening was the government’s brainchild.

The travelers themselves expressed outrage at authorities for being quarantined in Rotorua when they were expecting to stay in Auckland – where they had landed.

Due to the increasing number of Kiwi travelers from overseas returning home, Auckland’s hotels have reached maximum capacity and therefore other cities were chosen as alternative quarantine sites.

As per usual, the government shouldered the expenses of these quarantined Kiwis. Lodging, food, and even spaces to exercise were provided to ensure they can stay in quarantine comfortably.

This arrangement also bodes well for the hotels, who have seen their businesses suffer due to the COVID-19 pandemic.

New Zealand’s international borders are only open to citizens and permanent residents, the revenue the hospitality sector previously earned from international tourists is non-existent.

By quartering overseas travelers into these otherwise-dormant hotels, with the government paying them for the service, these businesses are able to stay afloat. With Auckland’s hotels reaching maximum capacity, they are even seeing the level of demand they only saw during busy holidays.

This reality is not unbeknownst McClay either. The Rotorua MP has consistently been calling on the government to provide more support to businesses, saying employers in his own electorate are on the brink of financial ruin.

Does he not think that the government virtually guaranteeing business to these struggling hotels will help keep them afloat? It is a win-win scenario, the taxpayers save money building purpose-built quarantine facilities while keeping themselves safe from COVID-19 transmission.

While at the same time hospitality businesses continue to earn revenue, saving jobs and preventing the loss of their businesses.

As National’s economic development spokesperson, McClay has also lobbied for the reopening of the New Zealand-Australia “Trans-Tasman” border to help save jobs in the airline and hospitality sectors.

Which is what makes his gripe against using Rotorua hotels as quarantine sites ironic: doing so would inject much-needed revenue to these businesses, saving local jobs in the process.

Being the local representative, surely he would be in favour of saving local businesses and jobs? In essence, he is attacking the Coalition Government for providing a lifeline to Rotorua.

Given this is politics, one must always analyse a politician’s true motives. Using hotels in Rotorua as managed isolation facilities will be a welcome boost for the local economy, plus the fact that the New Zealand Defence Force (NZDF) has stepped in to oversee these facilities will provide assurance that strict quarantine measures will be followed.

It makes no sense for him to be against this arrangement as a local MP, but it does make sense in light of McClay being part of the Opposition.

Under the new leadership of Todd Muller, the National Party has struggled to find its voice during the COVID-19 saga. They have constantly been eclipsed by the popularity of Prime Minister Jacinda Ardern.

The debacle regarding the two women who were let out of managed isolation early to attend a funeral in Wellington halted Ardern’s and her Labour Party’s rise to an unbeatable level in the polls.

By barking at every passing car – so to speak – McClay and his National cohorts give the impression that the Coalition Government is flunking the test of COVID-19, despite having been no new community transmission in the country for nearly two months.

It doesn’t matter how painfully obvious McClay’s tactics are, just like his former leader Simon Bridges he will smear campaign his way back to the Beehive.