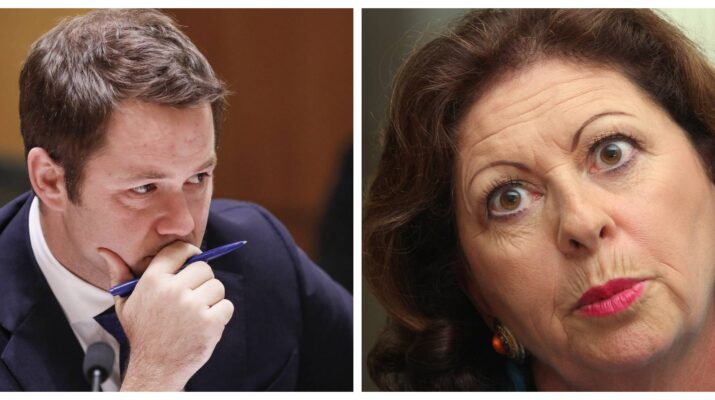 This week, mainstream media revealed that personal details of New Zealand’s 18 active COVID-19 cases had been leaked. A data breach of this scale is embarrassing for the Government and provides ammunition to the opposition National Party.

And National indeed pounced on the opportunity, their health spokesperson Michael Woodhouse criticized the Government for the “unacceptable” privacy breach.

However, we would later learn that this data leak was orchestrated by the their party all along.

National MP Hamish Walker admitted to leaking the COVID-19 patients’ details himself. In a statement he said: “I passed to members of the media, by email, information containing Covid-19 patient details that was given to me by a source.”

That source was no other than former National Party President Michelle Boag, who obtained the (privileged) information from her role as the acting CEO of Auckland Helicopter Rescue.

It is shocking that these individuals – who are held in high-esteem in the country – would break privilege and act so inappropriately just to score political points. But their attempts at justifying their actions made it difficult for anyone to lend them patience.

Walker called his actions “an error in judgment” and even attempted to take the moral high ground by saying he did it to “expose the Government’s shortcomings so they would be rectified”.

Boag pretended to be oblivious to what she had done, saying she “did not anticipate that Hamish would choose to send it on to some media outlets”. Her excuse is glaringly disingenuous.

What this saga reveals is that prominent members of the National Party deliberately leaked privileged information to the media and then used that opportunity to attack the Government for not being careful enough about said private information.

It was a deliberate ruse to score political points against a popular Government. The National Party created the very problem they were attacking Prime Minister Jacinda Ardern’s government for.

This is not new behaviour by National Party members, only a few weeks ago they attacked the government for allowing two female travelers from the UK leave managed isolation early.

The two women eventually tested positive for COVID-19, which imperiled New Zealand’s record of having no community transmissions given they took a car from Auckland to Wellington – almost certainly making pitstops along the way – and even made physical contact with a friend during their trip.

National went on the attack, with Woodhouse castigating the government for alleged “ineptitude” in handling quarantine measures and also accused them of withholding the full story from the public. The Party’s health spokesperson cited a “reliable but confidential source” had informed him of the two female tourists’ itinerary.

It was later learned that the two women were released from managed isolation early after being lobbied by another National MP, Chris Bishop. In his defense, the Member for Hutt South said he merely forwarded an email from the two women to the Ministry of Health which he said was standard protocol for all MPs.

However, it was then revealed that Bishop had a mutual friend with the two women. It was that link who told the tourists from the UK to contact the National MP for assistance.

What Bishop did reeked immensely of doing “favours for mates”. At the same time, it begs to be asked if it was the Hutt South MP who is really the “reliable but confidential source” that his colleague Woodhouse obtained information from?

If that proves true, this is another example of National Party individuals deliberately creating problems to attack the government with. Bishop knew the two women would be let out early and when they tested positive, possibly fed Woodhouse the details of their travel thereby giving the latter ammunition to target the Coalition Government with.

All these incidents demonstrate a common behaviour by the National Party to deliberately sabotage the Government’s efforts to contain the COVID-19 pandemic.

Their behaviour shows that their chances of winning an electoral contest takes priority over the safety of the country.

With those kinds of priorities – can we even trust the National Party to lead the country?

One thought on “New Zealand: the National Party are deliberately sabotaging the government’s COVID-19 efforts”