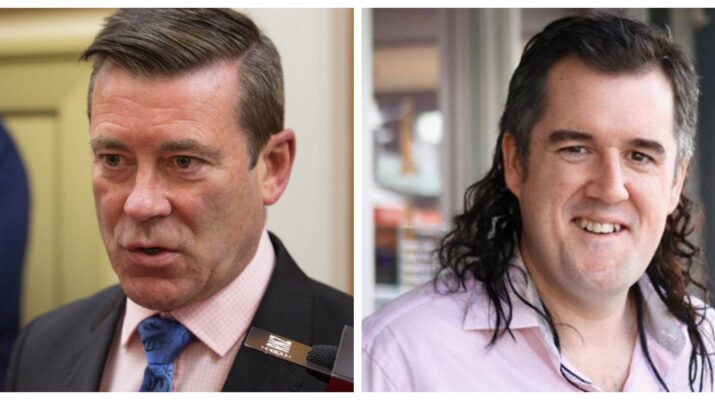 After 23 days of having no new COVID-19 cases, being hailed as the envy of the rest of the world, New Zealanders were shocked to hear that there were two new confirmed cases of the deadly virus early this week.

What shocked the public even more was that the two women, both tourists from the United Kingdom, were let out early from the mandatory quarantine period to attend a funeral.

They traveled from Auckland, where they landed, to Wellington by car – almost certainly making a pit stop (or several) during the 12-hour trip.

These two Kiwi nationals from the UK were released early from a managed isolation facility in Auckland after being granted compassionate exemption to attend a funeral in Wellington.

Despite protocol requiring a test, the two women were released without taking one on the condition that they be tested in Wellington upon their arrival.

In hindsight, this is a very reckless decision. It was extremely likely for either of these two women to be carriers of the virus and yet were still allowed to leave isolation and travel across different regions.

As we now know, both women did have the virus.

Fears of community transmission heightened when the National Party’s health spokesperson Michael Woodhouse made the bombshell allegation in Parliament that the two women got lost and contacted a personal friend for directions.

According to Woodhouse, the Auckland-based friend met up with the two women. As they parted ways, the women hugged and kissed thereby heightening the risk of contagion.

This contradicted the official story given by Director-General of Health, Ashley Bloomfield, who said no such interaction occurred. But the National MP stuck to his story, claiming the information came from a “reliable but confidential source”.

Making matters worse, after the friend made physical contact with the two COVID-19 infected women she then attended a gym class in East Auckland alongside dozens of others.

This series of events led to 320 people being considered as “close contacts” of the COVID-19 infected women and are at risk of contracting the virus themselves.

These revelations by Woodhouse were only revealed during Parliament’s Question Time on the 17th of June – two days after they tested positive for COVID-19 and five days since they were granted dispensation to attend a funeral in Wellington.

If he was privy to such information, why wouldn’t he inform the Ministry of Health about these series of events immediately? Doing so would have promptly isolated the friend who made close contact with the two women.

But the bigger question was: who was Woodhouse’s “reliable but confidential” source that fed him with this information? That person has an extensive knowledge of the two women’s situations, almost entirely pointing out to involvement by the Ministry of Health itself or the hotel they stayed in under quarantine.

The answer came during Parliament’s Question Time a day later. On the 18th of June, Labour MP Chris Hipkins asked Minister of Health David Clark if he was aware that National MP for Hutt South, Chris Bishop, had written to request for the early release of the two women.

To which Minister Clark said: “Yes, I am aware of that.”

This expose was astounding given that, after it became public knowledge that two COVID-19 positive women were allowed to roam the country freely, the National Party was steadfastly attacking the Coalition Government for it.

If it was one of their own MPs who lobbied for the release, then ultimately they share part of the blame as well. What these series of events show is that a National MP, Bishop, requested for the early release of the two women from quarantine – which was later granted – and then used that opportunity to land political shots at the government.

Furthermore, this revelation all but shows that Bishop was the “reliable but confidential” source that Michael Woodhouse received his information from.

Bishop was privy to the movements of the two women, fed the information to his Party’s health spokesperson Woodhouse, who then used it as a political hammer to bash the Coalition Government with.

Rather than informing the Ministry of Health about what he knew, Bishop prioritised scoring cheap political credit for his party instead. What is more damning for Bishop is that his letter requesting for early release was prompted by a mutual friend he had with those two women.

It is mandated by current regulations for new arrivals from overseas to spend 14 days in isolation. Because the two women had a friend in a position of power, they were able to bypass this requirement while also risking New Zealand’s COVID-19 free status.

The series of events that we have come to witness during this COVID-19 tourists saga reminds us of two characteristics of the National Party: one, that they will always put political ambition before public good – think of when the previous National government told the public that many state housing units were contaminated with methamphetamine, to justify selling the stock to private property developers.

This led to countless low-income families losing their homes and skyrocketing the homelessness crisis in New Zealand. Pressured by the barrage of criticisms, their Party’s former leader, Simon Bridges, to front up and apologise for the disinformation campaign his party ran in government.

And second, that they will not shy from giving favours to their mates. We saw this with the Donghua Liu donation scandal with retired National MP Maurice Williamson, as an example.

They are already committing these audacious acts in opposition, which makes one wonder how far they will go if they were to return to the government benches?