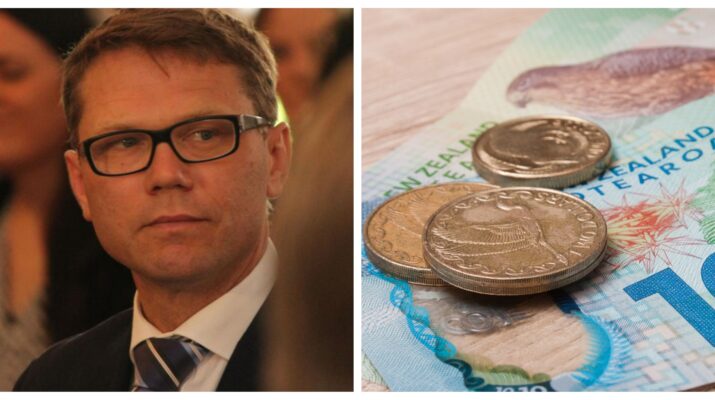 Until the then-National Party Finance spokesperson made that accusation against Labour’s election policies, the phenomenon known as “Jacindamania” was powering the latter party’s rise in the polls.

The reason why Joyce’s claim was so powerful is because it casted doubts on Ardern’s economic competence. Unlike National, which was then led by former Finance Minister Bill English, the Labour Party’s core team comprising of their Leader, Finance spokesperson Grant Robertson, and Deputy Leader Kelvin Davis had no prior experience running the government books.

It also emphasized National’s trump card that election: while Ardern gave Labour a fresh look and garnered admiration for her fair-natured demeanour, National were seen as the competent, level-headed party that could be trusted with New Zealand’s economy.

However, their claim as the country’s “competent fiscal managers” is slowly unravelling. A poll in August showed that small and medium business owners picked Labour as their preferred party to manage the economy for the first time.

Then, on the same day as their 2020 Election Campaign Launch, National’s credibility on the economy was again cast in doubt. Their current finance spokesperson, Paul Goldsmith, admitted that there had been an ‘accounting error’ in the costings for their party’s policies.

This election’s “fiscal hole” was brought up by Labour, who said there was a $4 billion gap in National’s proposed policies. Goldsmith admitted to an “irritating mistake” in his Party’s policy costings, but was adamant against changing their announced election promises.

He also conceded that National, if elected into government, would have to borrow the missing billions instead. It was an odd admission from a party so critical of the Coalition Government’s decision to borrow in response to the COVID-19 pandemic.

National’s leader Judith Collins attempted to downplay Goldsmith’s appalling gaffe by saying it was “inconsequential”. She added that it was “something not many people are worried about“, but it’s hard to believe National wouldn’t milk this situation ad infinitum if Labour erred in a similar fashion.

In fact, we only need to look back three years earlier to know that National would pounce on a situation like this. Labour’s scrutiny of the Opposition party’s financials is completely reminiscent of Steven Joyce’s “$11 billion fiscal hole” back in 2017.

But voters will be able to see through Collins’ smoke and mirrors, it is apparent that karma has caught up with the National Party and the fiscal hole stunt they pulled last election has been used against them.

It is also glaringly obvious that National are struggling to find a winning formula this election cycle. An example is their recent backflip on the issue of tax cuts.

In August, Collins announced her party would not campaign on tax cuts this election. She U-turned on that pledge this month, announcing a sizable $4.7 billion tax cut package if returned to government.

Again, this would have been an embarrassing backstep by National that voters would take notice of, especially business owners and industry leaders who are pedantic on economic matters.

These recent string of howlers from the party casts serious doubts on their mantle as the “competent” or “responsible” curators of our economy.

As New Zealand officially entered a recession this month, parties will be scrutinised on their respective plans to recover from the COVID-19 slump. Historically, National shined brightest on economic discussions; ironically, this election that issue is causing their undoing.