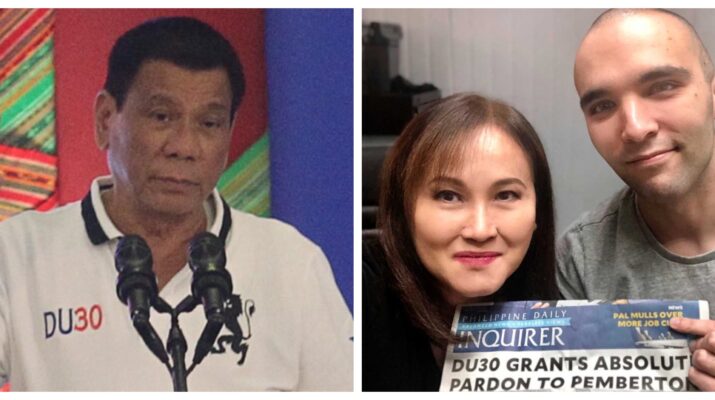 A cornerstone of President Rodrigo Duterte’s administration is his so-called “independent foreign policy“.

As a former American colony, the Philippines’ relationship with the United States can be described as one of servitude. The former has followed the superpower into many theatres of war, voted alongside it in multilateral diplomatic forums, and is a major supplier of labour to the North American giant.

When Duterte assumed the presidency in 2016, he vowed to change this dynamic with the US. Most notably, he announced during an official state visit to China in October that year that the Philippines is “separating” from their colonial master.

However, throughout his presidency, this so-called “anti-American” sentiment of Duterte’s has proven to be hollow. A plan to terminate a critical military alliance with the US was abruptly cancelled by the President himself, bringing one to wonder if he was serious in his intentions at all.

Perhaps the most glaring example of President Duterte’s sham anti-Americanism came this month when he granted ‘absolute pardon’ to convicted killer and former US Marine Lance Corporal Joseph Scott Pemberton.

Pemberton was the suspect behind the brutal death of Filipina transwoman Jennifer Laude back in 2014. The two had met each other at a bar in Olongapo City and later went to a motel room, this was the last time the latter was seen alive.

Motel workers found Laude’s lifeless body in the room’s bathroom, her head was submerged in a toilet bowl with strangulation marks around her neck. Pemberton was the sole suspect of the crime, in court he justified his actions by saying he acted in “self-defence”.

According to the US marine, he was not aware Laude was a transgender and entered into a fit of rage after finding out. Although Pemberton admitted to fighting with the transgender Filipina, he denied having killed the victim.

Pemberton was found guilty of homicide in late 2015 and sentenced to serve 6-12 years in prison with no possibility of parole. It was a paltry sentence in comparison to the gravity of his crimes, but Laude’s surviving relatives could still find consolation in seeing the US Marine behind bars.

Which is why President Duterte’s decision to grant absolute pardon to Pemberton this month is a slap in the face of Jennifer’s family and her memory. Having been convicted in 2015, this means that the US Marine served less than 6 years of his sentence – just under the minimum number of years the court handed him.

Adding insult to injury, Duterte rationalised his decision to grant Pemberton an early release by saying the US Marine was “not treated fairly” by the Philippines justice system. The Philippine leader ultimately sided with the foreigner over his own compatriot, undermining his country’s judicial system as well.

This was a very weak argument to justify giving a foreign convicted killer a reprieve from his prison sentence. There was absolutely no good reason to grant Pemberton an early release, which makes it blatantly obvious that Duterte’s decision had geopolitical motivations.

As pro-American forces in his own administration have refused to turn a blind eye to China’s actions in the West Philippine Sea, Duterte may have realised that no one can reliably be on his side when the United Nations, the United States, and the European Union go after him for human rights violations.

The UN Human Rights Council voted to investigate allegations of extrajudicial killings in the Philippines last year after a resolution was advanced by Iceland.

Earlier this year, a damning report from UNHCR concluded that Duterte’s infamous ‘war on drugs’ “amounted to crimes against humanity“. The Office of the High Commissioner for Human Rights also noted that there are “ongoing threats to freedom of expression, with legal charges and prosecutions being brought against journalists and senior politicians critical of the Government, as well as actions to shut down media outlets“.

President Duterte also faces an investigation from the International Criminal Court (ICC) for his abysmal human rights record. Many foreign affairs experts believe the intergovernmental organisation could issue warrants of arrest against the President and his cronies by year’s end.

Facing scrutiny from the rest of the world and with support from Beijing increasingly becoming unlikely, Duterte is left with no choice but to appease the Philippines’ traditional imperialist master – even if that means swallowing his pride and trashing his self-proclaimed “independent foreign policy”.

For his own good, Duterte acquiesced to Washington’s demands at the expense of Jennifer Laude’s memory.