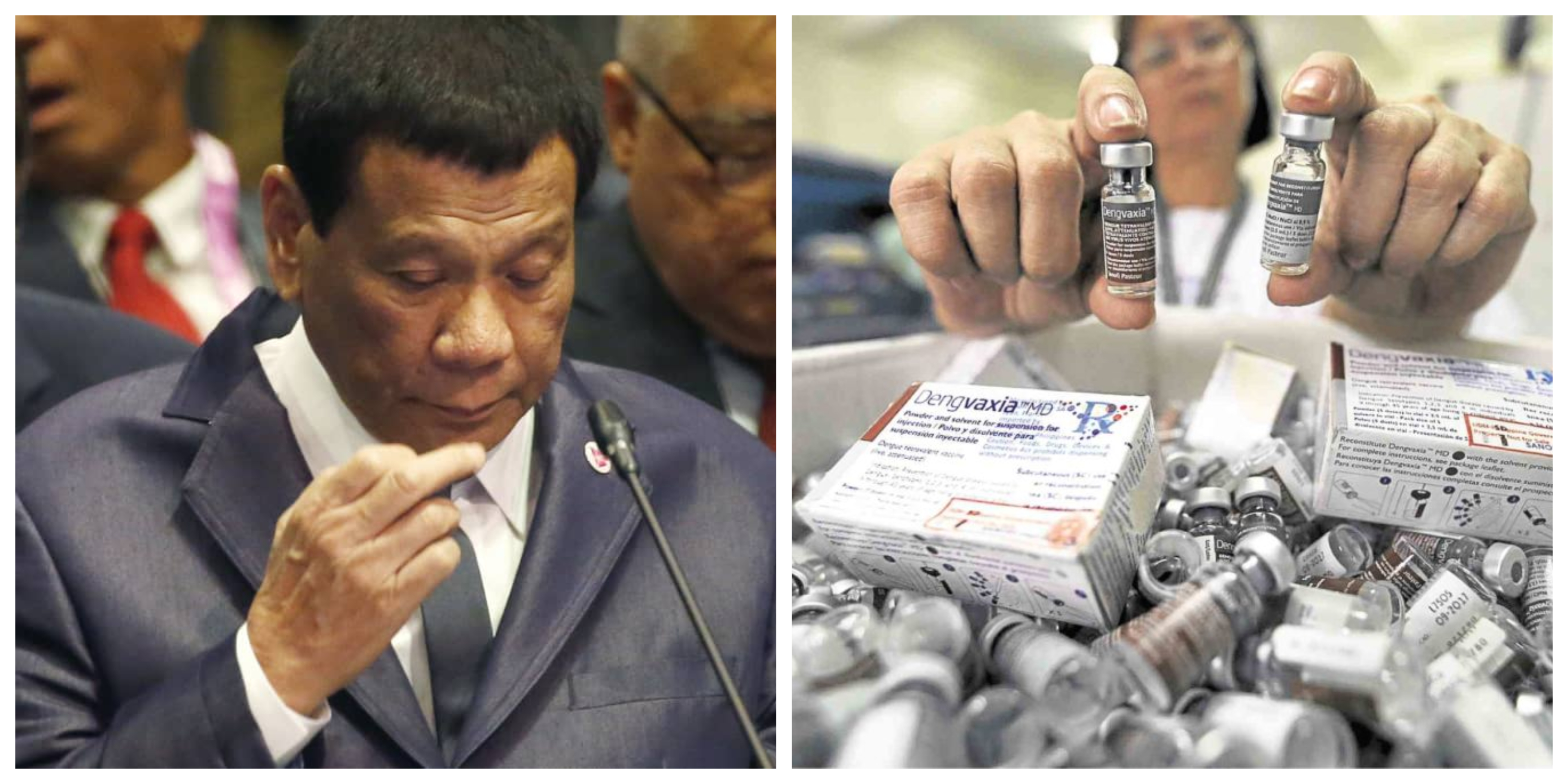 Many were flummoxed when the Presidential spokesperson Salvador Panelo expressed the current administration was open to reusing the controversial Dengvaxia vaccine in response to a dengue epidemic plaguing the country.

The anti-dengue vaccine drive of the preceding administration of President Noynoy Aquino is among the issues most maligned by President Rodrigo Duterte and his allies. It was blamed for a number of deaths of children who received the vaccine, despite no concrete evidence linking Dengvaxia to their deaths.

In short, the Duterte administration used the tragic deaths of children and a potentially life-saving drug, as political footballs to demonise his predecessor. The prolonged scare-campaign against the Dengvaxia vaccine is thought to have spooked households of vaccines entirely, thereby inadvertently contributing to the measles outbreak earlier this year and the current dengue virus outbreak today.

Beleaguered by the high rates of Filipinos, both young and old, succumbing to the dengue virus in recent months, the Duterte administration is admitting it is considering reusing the once-maligned Dengvaxia vaccine to boost prevention measures.

But if the administration was certain of its harmful effects, why would it be an option now? President Duterte and his allies were even planning to file charges against pharmaceutical company Sanofi, which produces the vaccine, and officials from the previous administration, over the alleged deaths caused by Dengvaxia – but now it seems they are admitting the efficacy of the drug.

This is not the only instance where the Duterte administration has used an important issue as a political gimmick. Improvements to the rail transit in Metro Manila is long overdue, and the previous Aquino administration purchased 48 coaches to help alleviate the commuter congestion.

However, Transportation Secretary Arthur Tugade said that these newly-purchased coaches could not be used due to safety concerns. His department expressed concerns about the signalling system of these coaches, and by September 2017 there were plans to return these imports back to China.

Much like the Dengvaxia saga, there were also plans to file charges against officials of the preceding administration for alleged corruption – despite an expert already dispelling their concerns and affirming the compatibility of the newly-purchased Dalian coaches. And again, the expert trumped over the politicking Duterte administration – on October 2018 those 48 imported coaches were finally added into the Metro Rail Transit (MRT) system of Metro Manila.

Imagine the stress on everyday commuters those modern coaches would’ve alleviated had they been installed immediately. Manila’s MRT system suffers from constant breakdowns and are chronically overcrowded hence more wagons, particularly of modern build, would have been welcome additions.

Instead, the Duterte administration chose to score a few measly political points over their rivals. In the end, they could not prevent the facts from emerging, swallowed their pride, and admitted that there was nothing malicious about that initiative from the Aquino administration after all.

More recently, the President made another fallacious judgment when he ordered the immediate suspension of gaming operations of the Philippine Charity Sweepstakes Office (PCSO) for alleged corruption. These include popular legal gambling activities such as the Lotto, the Small-Town Lottery (STL), and the Peryahan ng Bayan, which help fund many social services.

The reason cited for this abrupt decision is the alleged rampant corruption within the agency, which until this March was helmed by President Duterte’s hand-picked appointee, former military general Alexander Balutan. The former even went as far as to order the military and the police to arrest anybody who continues to engage with these gambling activities.

In a surprisingly quick turnaround, the President announced that Lotto operations will be allowed to operate again less than a week after ordering its ban. According to Panelo, the President was “satisfied” with Lotto’s operations and only had issues with the other PCSO-franchised games such as STL and Peryahan ng Bayan.

But if there were no problems with Lotto to begin with, why did it have to be included in the ban? The Presidential Spokesman said that Duterte’s corruption charge was against the entire PCSO as an institution, and most of the games it operates but excluded Lotto.

Yet there were no apprehensions expressed by the President when Lotto outlets all over the country were being shut down by the police, under Duterte’s directive. Many of these outlets are run as family businesses, and provide the only source of income for some, a callous, rash decision to close them down – even for only a few days – would have undoubtedly impacted those households.

Many supporters of the President applauded the initial ban, attributing it to so-called “political will”. It is curious as to how those same people reacted upon hearing of his reversal just a few days later.

They would have been flummoxed, attempting to make sense of this quick turnaround. But the explanation is obvious, Duterte’s political will that many of his acolytes praise him for is nothing but shallow political gimmick.

Rather than reason or evidence, these seemingly radical reforms are driven by a desire to gain attention: in short, a stunt that is being pulled at the expense of the most vulnerable. Instead of bold action that aims to implement drastic reforms, Duterte is instead performing knee-jerk reactions that only seeks to boost his “strongman” persona.

What is most unfortunate is that for these measly political credits, the lives of ordinary Filipinos continue to languish in the decrepit conditions of our society: commuters still suffer from overcrowded and antiquated public transport, poor Filipino children succumb to the dengue virus or measles disease, and modest family businesses find it harder to compete with the established elites of the world of commerce.

This is not the hallmark of a bold leader that pushes for courageous reforms – like the reputation President Duterte has. In fact, this characterizes an opportunist who chases personal gain even at the expense of the people he is supposedly in service of.