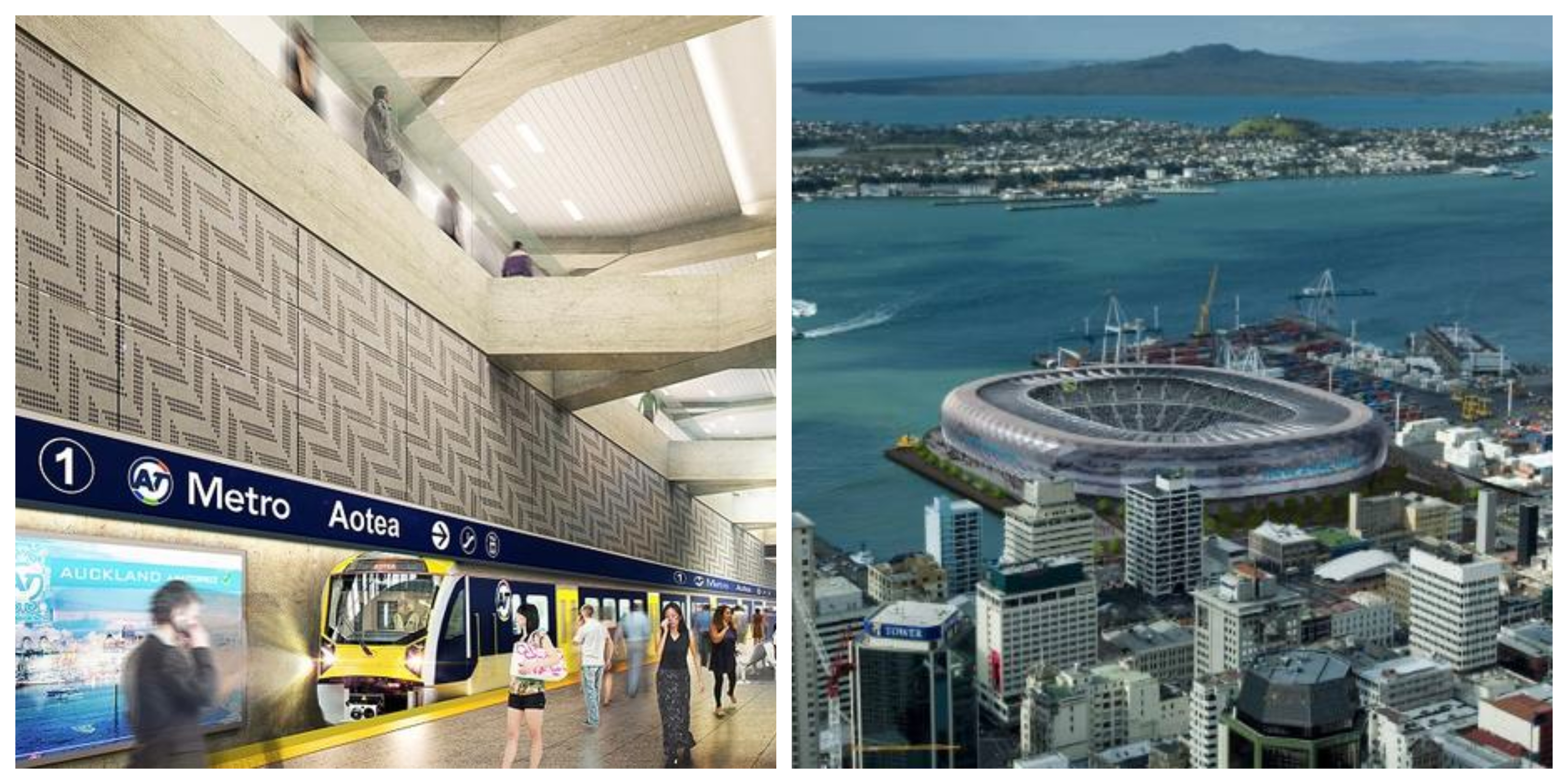 It is said that the Mayor of Auckland is the third most powerful person in New Zealand, after the Prime Minister and Finance Minister, due to the sheer amount of resources under their disposal.

It is estimated that the Auckland Super-City has an annual budget of $3 billion, employs more than 9,000 staff, has jurisdiction over thousands of hectares of public land, and is the largest city council in the entire Oceania continent. Not to mention the fact that the region is home to 1.6 million residents, nearly half of the 4.9 million population of the entire country.

Infrastructure projects of the Auckland City Council, such as team bases for the upcoming America’s Cup competition, can cost more ($250 million) than the entire annual revenue of many New Zealand cities, such as Whangarei ($147.8 million for FY 2017/18).

In that same light, infrastructure projects located in the Auckland region are of such great importance that if their costs blow-out, the central government is forced to intervene costing nationwide taxpayers also (e.g. the Auckland City Rail Link).

Allocating large sums in the country’s annual budget to Auckland spending often arouses the ire of New Zealanders from outside the region, denouncing it to be unfair to non-Auckland taxpayers.

However, given the sheer number of people living in the country’s most populated region, and the scale of commerce located there also, it makes sense that the central government exercises due-diligence with the Auckland super-city.

Hence, the affairs of the Auckland City Council should not be the concern of Aucklanders only. The rest of New Zealand should take heed to the developments in the region given that it could potentially affect them, albeit indirectly, also.

As mentioned, the City Rail Link (CRL) – an underground rail project in central Auckland – saw a billion dollar cost increase in April this year. The infrastructure project is jointly funded by the Government and Auckland Council, hence every New Zealand taxpayer would have grimaced at the report of the cost blow-out.

Central government have also contributed at least $136.5 million to various projects related to the upcoming America’s Cup – an international sailing regatta set to be hosted by Auckland in 2021. Whether a sporting event is a practical use of public funds has been debated, but the project stands to benefit Aucklanders post-Cup only, despite receiving funding from the rest of the country also.

There are more big-ticket Auckland infrastructure projects that will receive central government funding also if they push through, among these is the $6.7 billion light-rail link connecting Britomart to Auckland Airport. This proposed modern tram is the subject of intense scrutiny because of its cost and practicality, and also because of the evident superiority of building a heavy-rail link instead.

Take note, the Auckland light-rail project is only one part of the wider Auckland Transport Alignment Project (ATAP) which is a joint spending plan between the central and local Auckland governments and amounts to $28 billion in total. If one project of that entire proposal is already the subject of intense debate, will the others be too?

The future of the Ports of Auckland is also a salient issue that every New Zealander should pay attention to. There are plans to relocate the port to another region and instead redevelop the existing site into a new commercial district for Auckland or a new stadium, but it generates an estimated $50 million in dividends to the Council each year and could burn a hole in the super-city’s future plans.

Being one of the busiest ports in the country, all New Zealanders should show concern of what the eventual decision regarding the Ports of Auckland’s future will be. A relocation could be welcome news for a struggling region elsewhere, but could leave Auckland’s finances in a mess that will require more bail-outs from central government in the future.

Again, more reason for every New Zealander to be vigilant about Auckland’s affairs.

Decision-making comes from the Auckland City Council, chaired by the Mayor of Auckland. While the latter is the de-facto leader of the super-city, they are one vote in a council of 20 other councilors.

Thus, the race for councilor in the different wards is as vital, given it is ultimately the majority vote of Council that determines the actions it takes. With a lot at stake, it goes without saying that the Auckland local body elections is more than an Auckland-only affair.