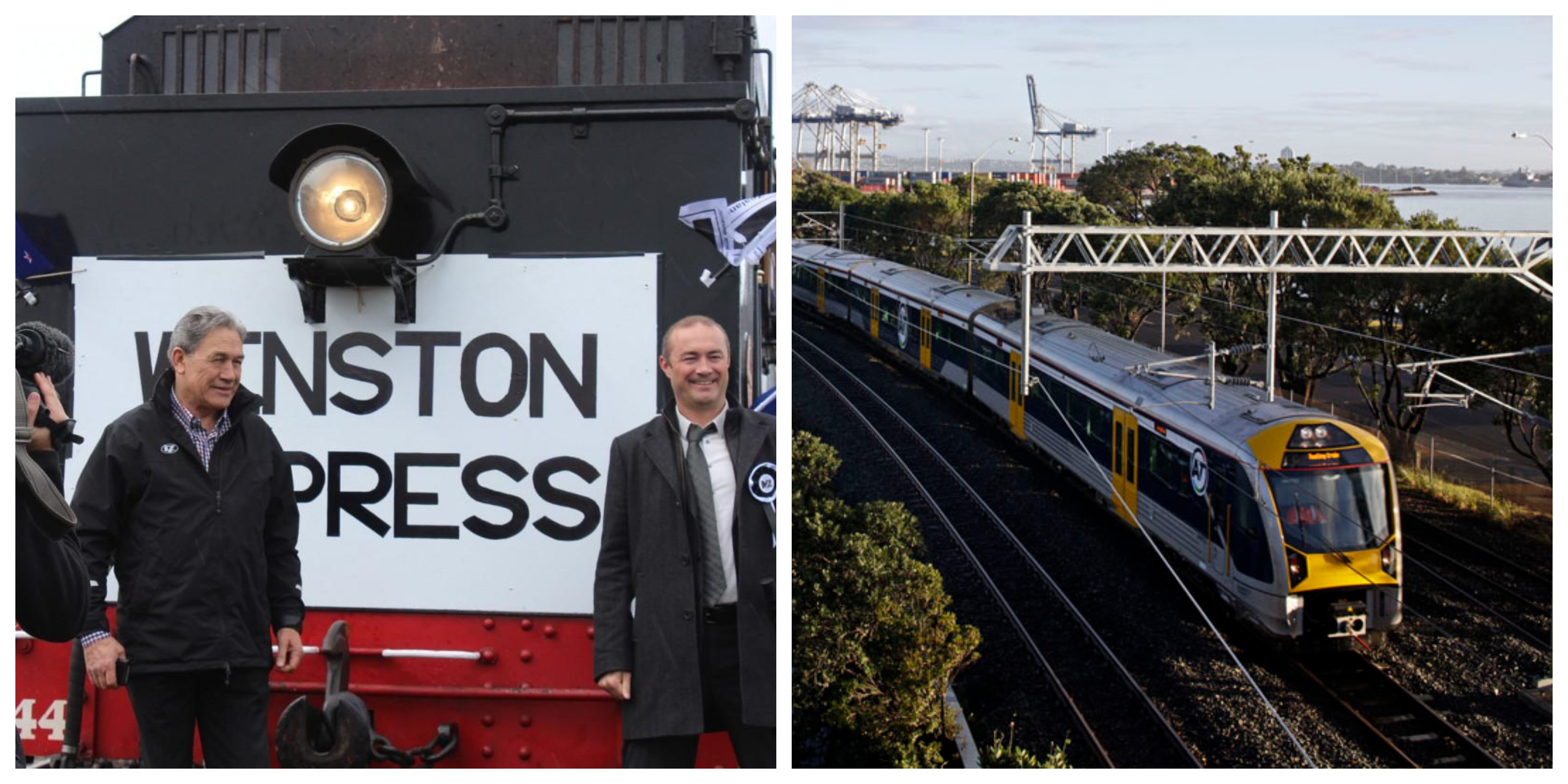 Last year, we witnessed the return of the previously mothballed Napier-Wairoa line – with NZ First MP and Minister for Regional Economic Development Shane Jones a passenger in the revived train service. This was made possible by an investment from the Provincial Growth Fund, the most prominent concession won by the party in their Coalition Agreement with the Labour Party.

This year, proponents of rail again have a reason to celebrate after #Budget2019 announced more than $1-billion in funding boost for rail services – not only to rehabilitate existing infrastructure, but also to create new rail links catering to regional New Zealand. State-owned enterprise KiwiRail will be greatly helped by this injection, with NZ First party leader Winston Peters saying it had descended into a ‘managed decline’ since being privatised in the previous decade.

The total package amounts to $1.042-billion, and includes $331-million to address “legacy issues”. This means investment to improve existing tracks, signals, bridges, tunnels, and other maintenance costs to ensure the reliability and the resiliency of regional rail.

A sum of $375-million will be poured into replacements for decades-old locomotives in the South Island, and to purchase newer models that will replace 900 decrepit wagons operating there also. By rejuvenating these vital infrastructure, rail service becomes safer and more efficient to use.

Funds have also been allocated to replace ageing Interislander ferries – the transport link between the North and South islands – with newer ones. The existing ferries are “nearing the end of their lives”, and unless this funding was secured the service would have ceased to exist in the near future.

Nearly a third of the funding, around $300 million, will be spent on “regional rail initiatives” which have yet to be brought to light. It is widely expected that this project involves the building of a rail line connecting Marsden Point to Whangarei – and with a planned announcement in the Northland region city tonight, that may well be the case.

While a significant portion of this funding is shouldered by the PGF, the majority of the billion-dollar package comes from the transport fund – a testament to the great importance placed by this ruling government on rail. And it’s not uncommon to see investments on rail transport from the economic enhancement fund either, with major projects already assisted in the past.

The reopening of the Gisborne-Wairoa line was one, but also of note were the $40-million funding to restore the TranzAlpine Great Journey service – a world-renowed tourist attraction – in the West Coast-Tasman region, and a separate $40-million to construct a freight hub in Palmerston North.

Having accomplished those, plus the rehabilitation funding announced in #Budget2019, and the anticipated announcement of a Marsden Point rail service by Winston Peters tonight – it is without a doubt that NZ First are the true champions of rail. This is further evidenced by the party leader Peters’ jubilant declaration at the budget debate that ‘rail is back!’, and with such an outpouring of support from the government his words are absolutely spot-on.