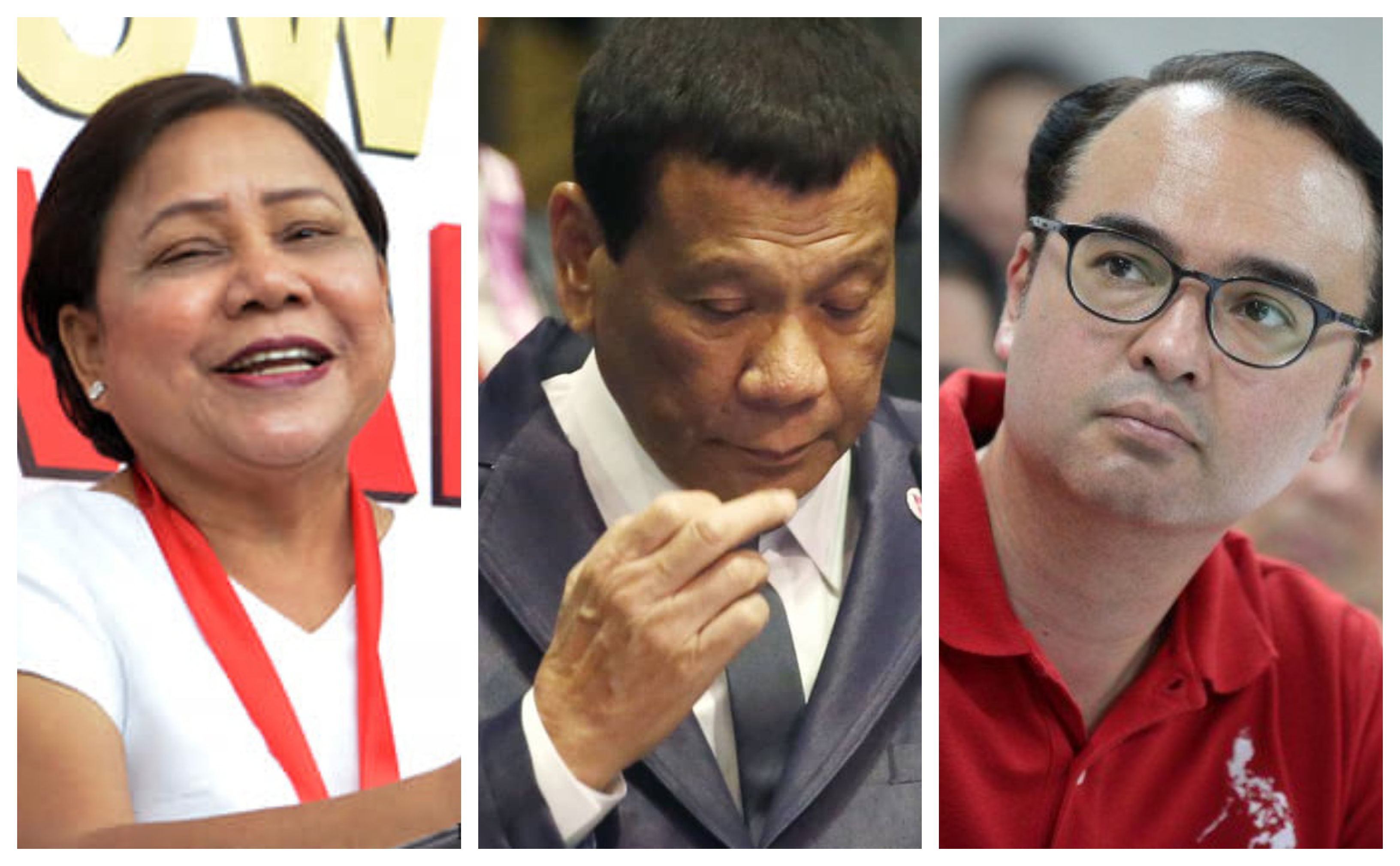 Coming off a resounding victory in the May 2019 elections, the Duterte administration has now found itself short of recognized enemies in Philippine politics.

The Liberal Party, the main opposition group, have been practically wiped out. Not only did they fail to secure victory for any of their candidates in the Senate, they also face a leadership crisis after their party president Senator Kiko Pangilinan and secretary-general Kit Belmonte respectively tendered their resignations in the aftermath of their loss.

What made the defeat even more glaring was that the high-profile candidacies of Mar Roxas (who came second to Rodrigo Duterte in the 2016 general elections) and Bam Aquino (a re-electionist senator) were not enough to secure them even a single seat. It was a clear rebuke of the previous governing party, and the legacy of their former standard-bearer – former President Noynoy Aquino.

Having dominated the Senate elections, many feared that the Duterte administration would face no opposition in what’s left of it’s term in office. However, one should note that President Duterte’s party – PDP-Laban – does not have a monopoly over the winning candidates, instead the administration is reliant on the other parties that have propped-up its government thus far.

Their biggest support partner is the Nacionalist Party – the country’s oldest political party. In the 2019 Senate race, three of its candidates won seats in the upper house: Imee Marcos, Pia Cayetano and the eventual top-notcher Cynthia Villar.

Those three senator-elects also bear familiar surnames, given that they belong to three prominent political dynasties in the Philippines which have long been stalwarts of the Nacionalist brand. Imee is the eldest offspring of the late dictator President Ferdinand Marcos, Pia is the sister of Duterte’s running-mate in the 2016 elections, Alan Peter Cayetano, while Cynthia is the wife of Manny Villar – the country’s richest man, a former senator himself, and was a presidential candidate in the 2010 elections.

Having such powerful clans in its fold, undoubtedly the NP wields a great amount of political power. It should not surprise then, that ruling administrations often count on its support to win elections – not only the incumbent Duterte administration, but even the preceding Aquino government also relied on the support of the Nacionalistas to support its rule (the NP was part of the pro-administration Team PNOY slate in the 2013 elections).

However, when you count on the support of such a powerful bloc it is never without anything in return. This potentially poses a problem, especially if what the NP wants conflicts with the personal interests of PDP-Laban also – and it seems we have seen the first sign of that.

Presidential daughter and political influencer Sara Duterte publicized an alleged “threat” made by congressman-elect Alan Peter Cayetano (APC), who said he “would break up the [administration] group” if the former endorses a rival candidate for the position of House Speaker. The position is now up-for-grabs after the retirement of Gloria Macapagal-Arroyo of the Lakas-CMD party, and is sought after by Cayetano (of the NP), among many rivals.

Other front-runners for the position include Rep. Lord Allan Velasco (PDP-Laban), and Rep. Martin Romualdez (Lakas-CMD). APC recognizes the political clout of the Presidential daughter, which is why he wants to ensure she does not endorse his competitors for the position – even if one of whom is a party-mate of the Duterte family.

Funnily enough, Sara has publicly endorsed both Romualdez and Velasco for the role during campaign sorties in the lead-up to the 2019 elections. Although she later denied officially endorsing anyone for House Speaker, which could mean that she is still evaluating the political repercussions of any such move.

The position is also the country’s third most powerful – leading the House of Representatives, which holds the “power of the purse” or the ability to command the annual national budget. It makes sense that the Duterte administration’s allies all desire it, even if it leads to an infighting among coalition allies.

As mentioned, APC already signaled strong ambitions for the role, even willing to threaten the pull-out of his Nacionalista party in the process – but many analysts believe he does not have the influence among his party-mates to command such a move. It pays to remember that the NP is comprised of more powerful dynasties than just the Cayetanos, that includes the Marcoses (de-facto patriarch Bongbong came second in the 2016 vice-presidential race) and the Villars (patriarch Manny is the current party president of NP).

It may seem far-fetched to believe APC can coerce his entire party to break-away from ruling coalition, but his threat still bears to mind the responsibility of the Duterte administration to keep their allies “well-fed”. A partner as big as NP requires more than just campaign endorsements to stay satisfied, it will inevitably ask for important roles in government also.

Can the administration maintain the loyalty of NP, and can it balance the concessions it makes to their coalition allies without starving their own loyal members at PDP-Laban? This is a question that will be answered if it can successfully balance the rivalry between Cayetano (of NP) and Velasco (of PDP-Laban).

Going beyond the battle for House Speaker, Duterte’s PDP-Laban is undoubtedly securing its stake in the 2022 presidential elections – especially given the popularity of many competing forces. As mentioned previously, Cynthia Villar of NP received the highest number of votes in the Senate elections – and the Villar dynasty maintains a political base of its own, with her husband Manny being a senator himself for two terms.

Another formidable contender is Grace Poe, who came third in the 2016 elections after Duterte and Roxas, and again received a large number of votes in 2019, placing second. In the 2013 senatorial elections, she was the topnotcher despite being a newcomer in national politics.

A presidential challenge from either Cynthia or Manny Villar could derail the PDP Laban-Nacionalista Party alliance completely, especially given that Sara Duterte is widely seen as her father’s successor. Given that those two factions enjoy the same base of supporters for now, they could struggle to combat the rising popularity of Grace Poe – who has never aligned with the pro-Duterte coalition.

If the first half of Duterte’s administration has been focused on stifling the influence of the Liberal Party, with that force largely decimated it may now have to turn its attention to an ally it has been nourishing all these years, and has grown into a size that could pose challenges to their own interests in the future.

2 thoughts on “With the Liberals nearly wiped out, will the Nacionalista Party be the next big hurdle for the Duterte administration?”