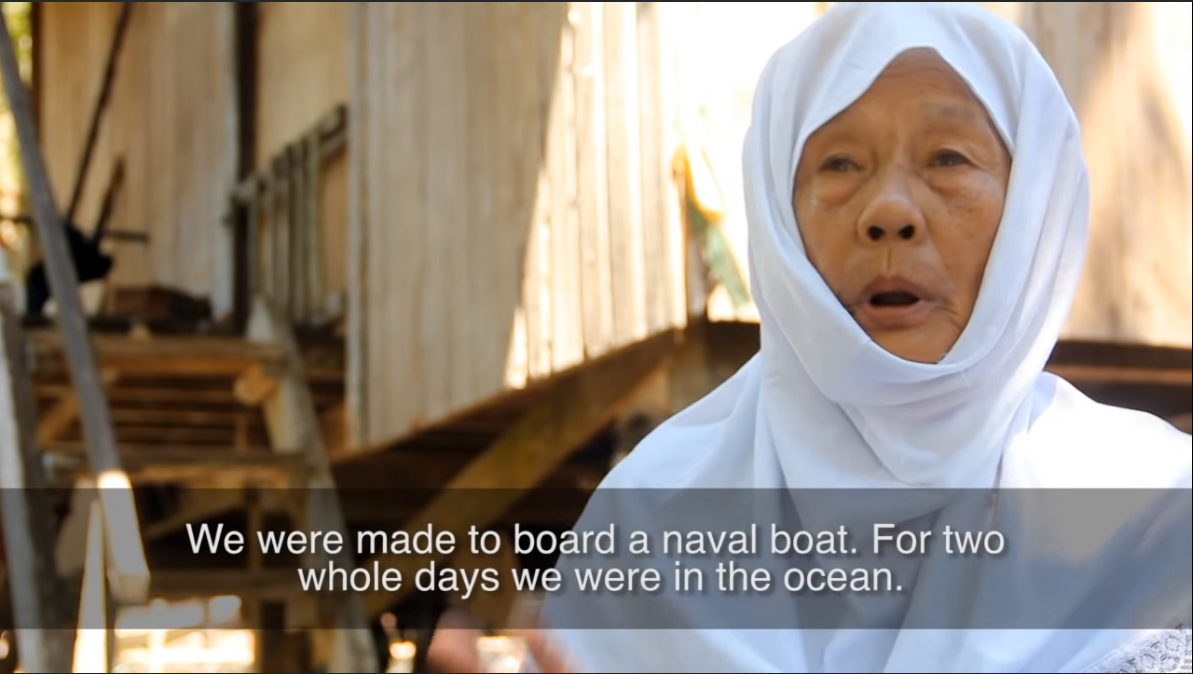 The dictatorship of President Ferdinand Marcos was notorious for its killings – there were massacres of striking workers, of activists, the assassination of indigenous tribal leaders, and also the mass murder of Muslim Filipinos also.

On the 24th of September 1974, in the town of Palimbang, Sultan Kudarat province, units from the Philippine Military massacred an estimated 1,000-1,500 Moros in a village called Malisbong. There were thousands more detained, countless women sexually abused, and hundreds of houses set ablaze by the President’s forces.

To make the incident more atrocious, the massacre happened during the Muslim holiday of Ramadan. Most of the victims were killed around their local mosque, which many had frequented to observe the holy tradition only to be brutalized by government troops.

It was a period when the Moro (indigenous Muslim Filipino) insurrection put immense pressure on the Marcos government, and though there was a legitimate war ongoing in Mindanao – those who died in the Palimbang Massacre were civilians occupied with observing their religious holiday.

The Armed Forces of the Philippines (AFP) were already seeing heavy battles in the Central Mindanao area, and their main leadership – including commander-in-chief President Marcos – wanted to flush out enemy combatants hiding within civilian communities. Then, in September 1974 the acting Governor of Sultan Kudarat – Governor Gonzalo Siongco – coordinated with the military to bomb several barangays in the province.

According to eyewitness testimonies, on the 22nd of September nearly a dozen naval ships arrived near the coast of Sultan Kudarat and begun shelling the nearby communities. Thousands of residents evacuated to the mountains, and when they descended back into their communities two days later, the men were ushered into the Malisbong mosque and were never heard from again.

The Transitional Justice and Reconciliation Commission (TJRC) is an independent body set up to conduct studies on government-led human rights violations on the Moro people, as part of the peace negotiations between the Moro insurrectionists and the Philippine government.

It was during hearings conducted by this commission that survivors of the massacre told the story of how their fathers or older brothers were taken into the mosque, and summarily executed either alone or in batches of 10, which happened over a period of days starting from the 24th of September.

Those men – mostly the fathers and young adults of the community – were massacred by state forces. They were killed because suspicions were rife that there were many Moro National Liberation Front (a Moro nationalist rebel group) combatants among their ranks, even though that was never proven to be the case.

However, there were men who were brought to the mosque and survived to tell their tale. One of whom is Hadji Muhammad Fauzt Piana, who was already 40-years old then and an imam of the mosque, who was made into the soldiers’ errand boy that day and he credits that as to why they spared him from the killings.

He recounted the events of that day, how Governor Siongco ordered the military to bring all the able-bodied men inside the mosque and brought them out in batches, tied together, before hearing gunfire and their screams. Those men would never be be seen alive again, this process kept repeating every day for the next few days.

Meanwhile, those still inside the mosque – including Piana himself – would be tortured, and fed with food scraps mixed with the soldiers’ spit and urine. It was a systemic purge of Moros, who were singled-out because of their Muslim faith – none were combatants who engaged the government troops in warfare, they were civilians living their lives only to be led to their slaughter.

The TJRC’s fact-finding mission came to the conclusion that the government forces “killed an estimated 1,500 Moro men and boys, who were held in a local mosque, and raped an unknown number of women and girls on a naval vessel anchored offshore”.

One of those women taken to a naval vessel was Lasina K Abdullah, who had her children with her on that ship. They were in an open top vessel, cramped with hundreds of other residents, and due to the heat and starvation, she ended up losing her infant during the two days they were onboard.

To make matters worse, Abdullah’s husband was one of those taken inside the mosque and never to be seen alive again. Just like many landed residents of Palimbang and the wider Sultan Kudarat, her family also lost all of their properties, confiscated or burnt down by the government troops.

Sexual abuse was also rife when the massacre happened. In those naval vessels that contained women and children, soldiers would rape women at night – the ages of the victims raged from nine to 60 years old according to testimonies heard by the TJRC.

Those women would leave the naval boats losing their sanity, due to the torture inflicted and the extreme hunger they felt onboard. The systematic abuse, torture and massacre of Moros prompted 1,000 survivors and descendants of the victims to file a class suit against the Marcos family in 2011, seeking US$7.5 million in compensation for the suffering they endured.

The Commission on Human Rights (CHR) only recognised this event in 2014, which means it took fourty years for the Philippine government to finally give due attention to the victims of this massacre. This year marks the 45th anniversary of this tragedy, and the Marcoses have not only avoided punishment for the attempted genocide of the Moros (and of other human rights abuses that happened under their watch) but Ferdinand Marcos’ children are in prominent positions of power also – Imee as Senator, and Bongbong Marcos coming a close second in the 2016 vice-presidential race.

Under the current Duterte administration, which is a close ally of the Marcoses, bringing the dictator’s family to justice may be a pipedream. However, as citizens we can ensure that we never forget the pain inflicted on our Moro Filipinos and the powers-that-be who made it happen.