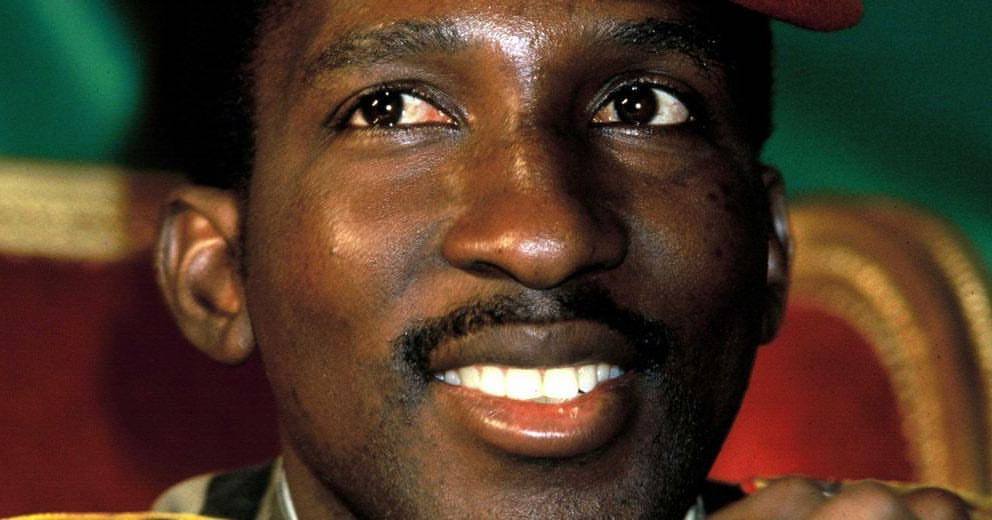 On October 15, 1987, the presidential palace of the landlocked African country of Burkina Faso was the center of a gunfight between officials of its ruling government and a renegade group of soldiers orchestrating a coup d’etat.

In its aftermath, the country’s beloved president laid lifeless on the floor of his former office – dying with him was the dream of a self-reliant, independent Burkina Faso.

That man, Thomas Isidore Noël Sankara, was a Burkinabe revolutionary who rose to power from a military coup in 1983. During that uprising, the West African nation was still under its colonial name, “Upper Volta”, and part of the French Empire.

Sankara rose through the ranks of the Upper Volta military, spurred by his reported bravery during his country’s border war with neighbouring Mali. However, he would later disavow that war and turned his effort into launching an anti-colonialist struggle against France – which he succeeded in doing in 1983.

Assuming Presidency, Sankara ushered in reforms that aimed to make his country self-sufficient and independent of foreign interference. From Upper Volta he swiftly reverted the country’s name to its pre-colonial moniker of Burkina Faso, which translates to the “Land of Incorruptible People”.

His desire for independence did not limit in a simple name change, Sankara also eschewed foreign aid and loans and instead chose to expand national production. He moved to nationalise all land and mineral wealth, and made debt reduction a priority to escape the bind that ties them to foreign capital.

Sankara expanded local cotton production, and promoted the use and patronage of Burkinabe-made cotton products. Public servants were required to wear traditional tunic, woven from Burkinabe cotton and sewn by Burkinabe craftsmen.

Land reform policies were pushed to allow Burkinabe people to own their own farmlands, given agriculture accounted for a majority of their GDP. More importantly, Sankara wanted to improve agricultural output to combat famine and to enable Burkina Faso to become self-sufficient in fod production.

Sankara’s push for food independence also tied in with his wider anti-imperialist philosophy, he famously said: “he who feeds you, controls you”. The Burkinabe leader said imperialism did not limit only to military intervention, but in more discreet aspects as well: “Many ask, where are the imperialists? Look in your plates. When you eat the grains of imported millet, corn and rice, that’s the imperialism, don’t go any further”.

Sankara also pushed to modernize Burkina Faso’s social life. He outlawed forced marriages, and allowed women to find employment even if they were pregnant – which was against primitive customs during those times.

Several women leaders were appointed to key Cabinet positions, something that had not been seen previously on the African continent. Women were also encouraged to participate in the military, and the number of female soldiers rose during Sankara’s rule.

But perhaps Sankara’s most famous feat was in the promotion of children’s welfare in healthcare and education. He implemented a nationwide vaccination program that immunised two and a half million Burkinabe children against meningitis, yellow fever, and measles.

Programs were also introduced to improve literacy, when Sankara first came to power Burkina Faso had an unflattering 10 per cent literacy rate. Ernest Harsch, a writer who wrote a biography of Sankara, noted that the Burkinabe leader built scores of schools, health clinics, and railroad tracks in rural areas – sharply improving the quality of living in these impoverished places.

When Captain Thomas Sankara seized power from the French colonialists in 1983 and won the hearts of his compatriots by calling for self-reliance and genuine independence, he was truthful in accomplishing that. Sadly, the full extent of his programs would never be realised after he was deposed in a coup – 32 years ago to this day.

Ironically enough, it was his fellow coup plotter – Captain Blaise Compaoré – who spearheaded the move to oust, and assassinate, Sankara. The Truth & Reconciliation Commission (TRC) in neighbouring Liberia, hearing the testimony of convicted war criminal Charles Taylor, heard from the latter that he was released from prison in 1985 to orchestrate the ouster of several anti-imperialist West African leaders: including Sankara himself.

Nonetheless, Thomas Sankara would be remembered as an upright man whose love of nation led him to incredible achievements in pushing for social justice. Compaore would rule the country for the next 27 years after taking power in the 1987 coup, but would be ousted by a popular mass uprising by Burkinabes who are suffering from corrupt neoliberal policies.