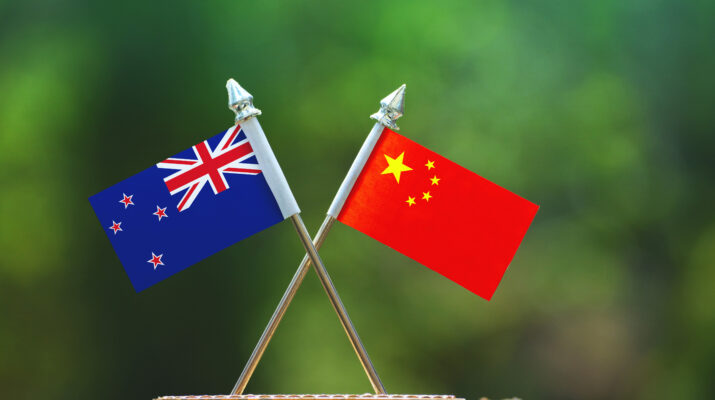 Australia’s relationship with China is spiralling downwards and there are no signs of it easing anytime soon.

Earlier this month, it was revealed that Australian-born news broadcaster – Cheng Lei – had been detained in China. She was the public face of China Global Television Network (CGTN), a state-run English-language broadcast network.

Australian officials said Cheng is held under “residential surveillance”, a term used when detaining individuals in an undisclosed location. No charges had been filed against her and there has any explanation been given for her arrest.

In reality, Yang is a popular blogger who writes on Chinese politics and international relations. He earned the moniker, “the democracy peddler”, due to his strong advocacy for democratic reform in the authoritarian country.

It will come as no surprise if these two high-profile arrests are politically-motivated: Australia has been critical of China’s human rights record and the latter has not shied from retaliating.

Australia has also been critical of Beijing’s territorial claims to the South China Sea, joining the United States in condemning their controversial “Nine Dash Line” claim.

Tensions between the two countries have worsened to a point that only this week, two Australian news outlets pulled their respective China correspondents out of the Asian country over fears of being targeted themselves.

But the China-Australia quarrel further escalated during the onset of the COVID-19 global pandemic. Australian Foreign Minister Maryse Payne called for an international investigation into the origins of the viral outbreak.

Australian Prime Minister Scott Morrison further escalated tensions when he lobbied the US and other global powers for the World Health Organisation (WHO) to have “anti-pandemic inspection powers”, similar to nuclear weapons inspection powers, in their inquiry on the origins of COVID-19.

Naturally, China did not take these political chess moves lightly – accusing Australia of “pandering to the United States”.

The massive tariffs imposed on Australian exports is widely seen as a backlash to their foreign policy decisions, barley farmers stand to lose hundreds of millions from agricultural tariffs put in place by the Chinese state.

This was extended to also cover their beef exports, another commodity the Asia-Pacific powerhouse is known for. Most recently, China was considering imposing added taxes on Australian wine as well – potentially another economic bullet to be fired at the Aussie government.

China is showing it is not afraid to weaponise trade against countries that dare criticise its foreign and domestic policies.

Tariffs imposed on agricultural products are already expected to cost half a billion dollars, but there are also plans to hit Australia’s export education market as well with Chinese students leaving the Pacific nation en masse.

For exercising its sovereignty, Australia and its producers are paying dearly in lost export revenues. Along with the havoc that the COVID-19 pandemic is causing worldwide, this feud with China surely contributed to their first recession in nearly 30 years.

Australia remains an economic powerhouse despite its economic downturn and also still maintains a highly-capable defence force. While it can afford to continue this back-and-forth with China, its neighbour New Zealand will find it more challenging.

Nearly a quarter of New Zealand’s export revenue comes from China, this makes the potential impact of a Chinese economic repercussion catastrophic.

Kiwi farmers, who form the backbone of the New Zealand economy, will suffer worse than their Australian counterparts if devastating tariffs will be imposed on their produce by Beijing.

Following closely to those agricultural goods are logs, wood and wood articles which as a group bring in nearly $2.5 billion in export revenue in the year ending June 2020.

It should be noted that New Zealand’s forestry sector was already in shambles even before the COVID-19 pandemic wreaked through the country. In February, around 1,000 forestry workers lost their jobs due to slumping exports to China which at that time was dealing with the apex of their viral outbreak.

Our reliance on China for our exports greatly restricts our ability to carry out our own foreign policy. New Zealand took a prominent role in the anti-apartheid campaign in the 1980s and again with the nuclear-free movement in that same decade.

We cannot follow Australia’s lead in condemning China’s human rights record or its behaviour in the West Philippine Sea without a great deal of caution about a potential repercussion.

This level of dependency on one country causes subserviency. If New Zealand is to portray itself as a sovereign country with an independent foreign policy it must reject servitude and not be acquiesced into accepting injustice around the world.

The only way it can do so is to diversify its trade, with potential free trade agreements with post-Brexit United Kingdom or the wider Commonwealth realm.

New Zealand needs to find new trading partners and find more markets for its export commodities, or risk being obsequious to China.