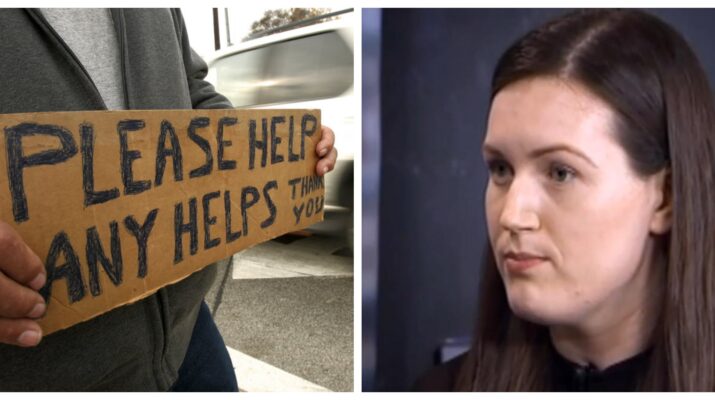 After the Green Party scared rational voters many weeks ago with their bizarre pronouncement that: “Tax is love”, their fringe counterpart on the opposite end of the spectrum followed the same act.

According to Van Velden, her party’s priority is to lower the country’s debt levels post-COVID-19. To do so, the ACT Party would cut welfare payments to beneficiaries, abolishing the Winter Energy Payments, removing KiwiSaver subsidies, and reinstating interest rates on student loans.

These drastic cuts to public services were justified by the ACT deputy leader as being necessary to reduce debt levels. This despite New Zealand’s net debt being at 25.1 per cent of GDP at the end of May, up 6 percentage points from the pre-COVID level of 19.2 per cent.

In comparison, credit rating agency Fitch projects neighbouring Australia to have a debt-to-GDP ratio of “roughly 60 per cent” as a result of their COVID-19 recovery efforts.

Even countries more prosperous than New Zealand, such as Japan and Singapore, had debt-to-GDP ratios north of 100 per cent: 126 per cent of GDP for the latter, and a whopping 237 per cent for the former.

Both countries were hit hard by the COVID-19 pandemic and also required large-scale financial bailouts not only to pay for their health response but also to resuscitate their respective economies. It can be expected that those ratios will further rise.

Relative to its OECD colleagues, New Zealand is in a favourable position. Despite the resurgence of COVID-19, we still have not seen a large-scale second wave like the level we’ve seen in Victoria, Australia and Singapore.

Yet the ACT Party is making debt repayment their number one priority if it forms the next government, to an extent that they’ll introduce extreme austerity measures to do so.

The spending cuts targeted by the party do not make sense either. A report from the New Zealand Institute of Economic Research (NZIER) found that raising benefits is good for the economy.

Incrementally increasing benefit payments create a short-term fiscal stimulus and increase productivity and GDP. This is because beneficiaries are the most likely to spend into the economy rather than saving them in bank accounts.

Raising the minimum wage also creates a similar effect: as low wage earners are most likely to spend their money into the economy rather than saving or sending them overseas, the domestic economy benefits from their added purchasing power.

During the first quarter of 2020, Statistics NZ recorded a 2.6 per cent wage growth and a 0.1 per cent drop in unemployment. These statistical improvements coincided with the record levels of minimum wage increases seen during this term.

Despite evidence of the positive economic impact of minimum wage increases, ACT vehemently opposes them. In the onset of the first wave of COVID-19 in New Zealand, they called for a halt to any increases to the minimum wage.

But under ACT’s proposed austerity measures, it won’t just be wages and benefits that will be under attack.

Vital support packages like the Winter Energy Payments and our interest-free student loans are also in the cross-hairs of the ACT Party.

The Winter Energy Payment is given to individuals or families on a benefit and also superannuants to help subsidise their power costs during the winter months.

It amounts to $40.91 per week for single people and $63.64 for couples – a measly sum that has even been criticised for being too little to make an impact in the lives of beneficiaries and cash-strapped retirees, yet ACT wants to scrap it if they were in power.

The Winter Energy Payment scheme was introduced to help seniors and low-income families stay warm during the winter months, without worrying about their power bills. If this scheme is scrapped, we will see some of our most vulnerable households skimp on keeping warm thereby making themselves susceptible to sickness.

Student loans also have a similar effect on individuals who want to earn a qualification or upskill themselves in universities or trades training organisations and therefore improve their employability.

New Zealand’s student loan system imposes on interest rates on repayments, making the concept of going bankrupt for obtaining an education implausible. Despite this generous system, Government spending on tertiary education only accounted for 1.6 per cent of GDP in June 2018.

It is a meagre cost that will empower New Zealanders, most of whom the youth, to enhance their work-readiness and be more competitive in the jobs market. The student loan system also helps businesses by ensuring there is always a skilled labour force available, reducing the need for outsourcing or importing migrant labour.

Under ACT’s austerity plan, interest rates will return on student loan repayments. It is a clear disincentive to learn a new skill or gain a new qualification, at a time when COVID-19 has made the labour market a lot more competitive.

If the party is in a position to enact these changes, it will signal the worst austerity measures that New Zealand has seen since the “Rogernomics” era of the 1984-1990 Labour-led government.

During that era, a man named Roger Douglas took the reins of Finance Minister and began to make massive cuts to public service funding.

It comes as no surprise that the ACT Party is signalling a return to that era of austerity since Douglas eventually left the Labour Party to form his own political party – ACT.

The hardship and widespread neglect of our social services that New Zealanders suffered during the “Rogernomics” era risks being repeated if ACT forms the next government.

In a post-COVID-19 world, where thousands have lost their jobs and businesses are experiencing massive slumps, it is more important than ever for the State to support its people.

While the Greens are calling for more taxation which will undoubtedly place more burden on households and employers, the ACT Party are calling for harsh austerity measures that will induce more suffering on our most vulnerable citizens.

It’s hard to tell which side is worse.