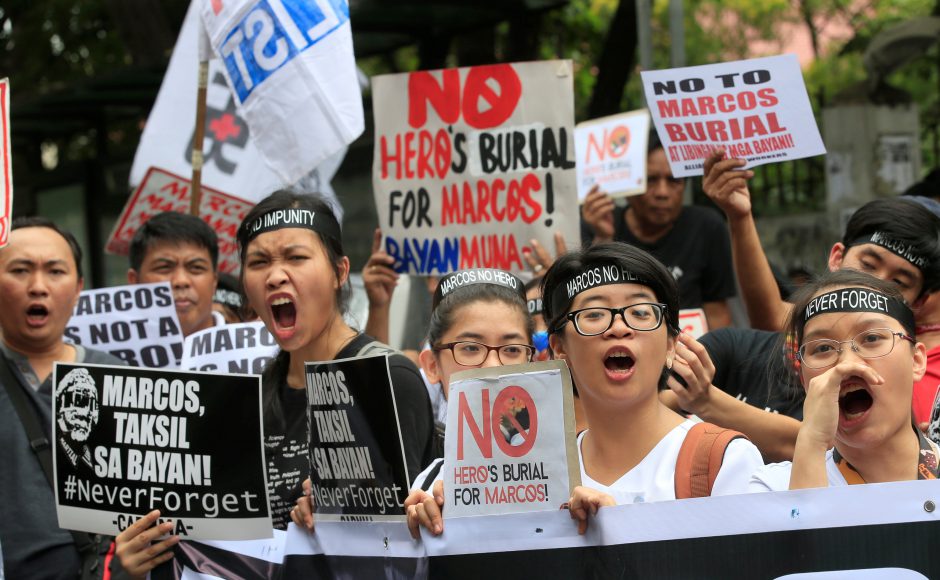 When Dr. Jose Rizal declared that “the youth are the future of the Fatherland”, he envisioned that the future generations of Filipinos would be the caretakers of the country he laid down his life for. The national hero was after all, renowned for his steadfast activism against the colonial government of the Spanish Empire.

He was a staunch opponent of the tyranny of the Spaniards, denouncing their brutality against his fellow Filipino and envisioned an independent Philippines. Rizal ultimately paid with his life, with the colonial government executing him for being the inspiration behind the Philippine Revolution, but his legacy is remembered today as one that challenged authority and the despotism of the government of his day.

Rizal is revered in Philippine history as our national hero, and every 30th of December we reflect on his legacy. However, if the current government were to be asked they would dismiss the sacrifice of Dr. Jose Rizal to be a waste of time and trivial.

President Duterte commemorated Rizal Day, on the 30th of December, by offering a wreath to his shrine and telling Filipinos to “reflect on [Rizal’s] patriotism”. He added that, ““as an author and as a scholar, [Rizal] denounced the corruption, greed and other social ills that up to this day continue to plague our society.”

A month later, on the 1st of February, Duterte threatened to revoke the admission of students from the University of the Philippines (U.P.) if they would skip their class to participate in protests against his administration. All enrolled students of the country’s best university are considered “national scholars”, they are given the privilege of a free tertiary education as their expenses are shouldered by the taxpayer.

In their place, Duterte stated that he would replace them with destitute Lumad (an indigenous group from Mindanao) students. Our Head-of-State criticized the dissenting U.P. students by saying they were wasting taxpayer funds by not attending classes and instead being at rallies.

These comments are largely hypocritical given that the President encouraged activism when he venerated the life of Rizal. While he was a student in Europe, Rizal saw students protest in Madrid against excesses of power by bishops and friars who ran educational institutions.

In one of his many letters sent back to his parents in the Philippines, Rizal wrote of: “students of medicine, law, philosophy and letters and others joined together in outrage”. He also witnessed how the governor ordered the local police force to crack down on these protesters, resulting in bloodshed on the university campus.

The contempt felt by that governor for the student protesters can be compared to that expressed by Duterte. The latter see the students to be merely “wasting taxpayers’ money” by engaging in protests, almost as if the action undertaken by these student activists were for no greater purpose.

But protests are a democratic right, they are done to show disapproval of the ruling class and their actions. The activists who participate in demonstrations are dissatisfied with the status quo, and express their discontent by protesting.

The sight of a rally may be an eyesore to some, but if the population remained silent amidst a government abusing its powers then we would easily fall into the grasp of an authoritarian regime. Activism therefore acts as a vanguard against a tyrannical government, it is – in essence – another layer of checks-and-balances in every society.

Who better to spearhead the activist spirit of the nation than the Filipinos who have tomorrow to live? Students are the future of our fatherland, as Rizal asserted, and therefore it makes sense that they are the most concerned with the direction the country is going.

These student activists have every reason to be critical of the government and their actions, given its implications on their tomorrow. And isn’t the purpose of every education to stimulate critical thinking and hone a generation of Filipinos engaged with society?

If you are able to stand on the streets under the scorching heat, waving placards and yelling chants repeatedly for countless of hours then it’s really hard to question your engagement with society. If you are able to scrutinize the government’s every action, then it’s evident you are thinking critically also.

Student activism isn’t a waste of time, it is doing exactly what you are supposed to do as a part of society.