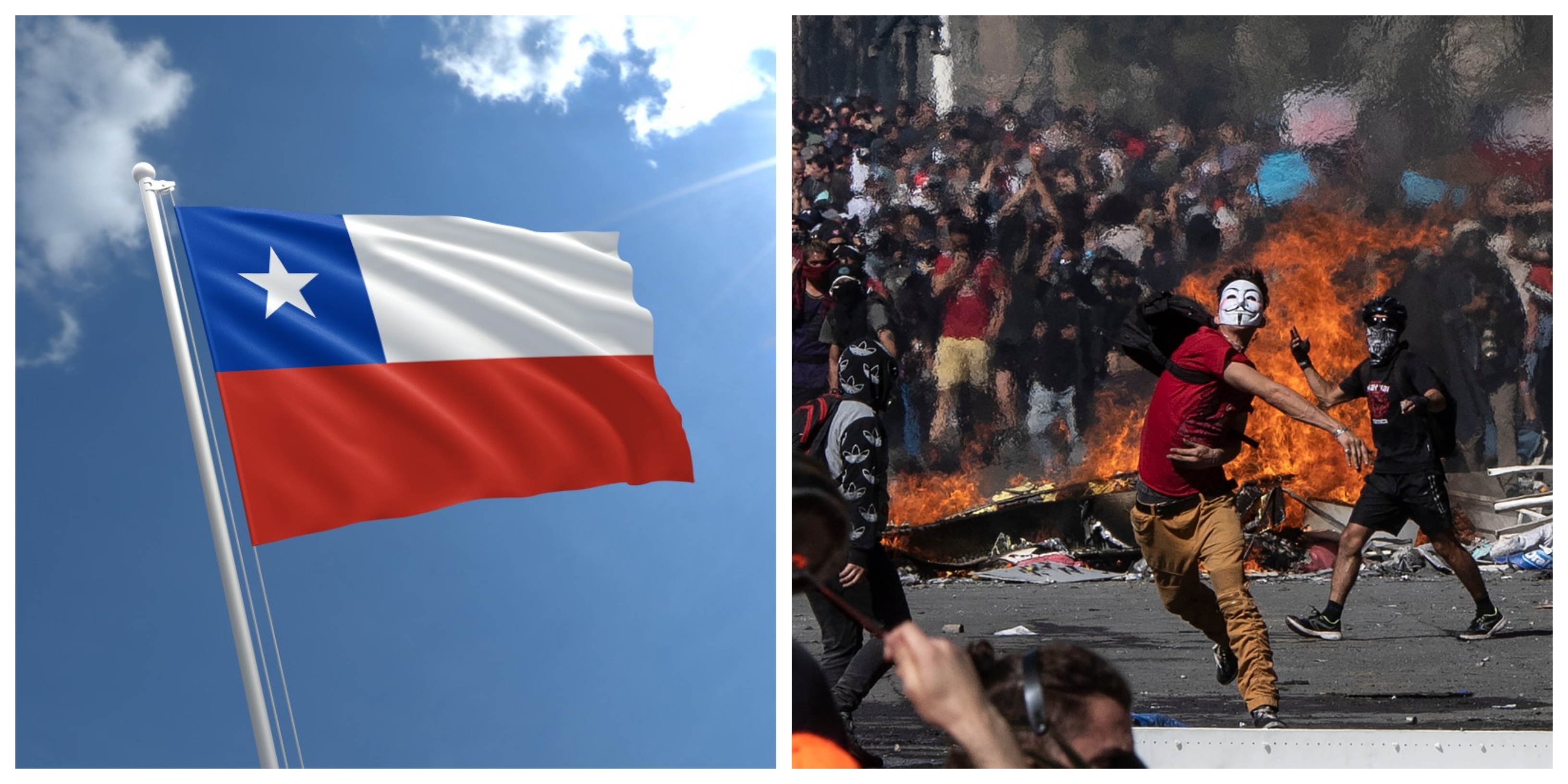 Chilean President Sebastián Piñera has declared a state of emergency, and more than 16 have perished as clashes between protesters and government forces wage on in the South American country.

The situation has evolved into Chile’s worst unrest in almost three decades – comparable to the chaos that happened on a regular during deposed dictator Augusto Pinochet’s era. It is more intriguing given that the conflict emerged from a student-led protest against public transport fare increases, which is only one part of the root causes of the Chilean people’s grievances.

In truth, Chileans are angry at the growing hardships they face as the cost of living increases. It was early this month that President Piñera vowed to transform Chile into a “beacon of stability”, and as a model for “sound economic management”.

It was a familiar sound-byte for those who follow Chile’s politics: Piñera is a billionaire businessman, and is the first right-wing politician to serve as the country’s head-of-state since Pinochet himself. He already served a prior term as president from 2010-2014, and during that reign he also faced mass protests from his own people for his economic policies.

The 2011 Magallanes protests were stoked by an attempt to hike natural gas prices in the Magallanes region of Chile. A price increase of up to 17% sparked rioting and blockades in urban centers, until finally the Piñera government brought down the planned hike to only 3%.

Protests also raged in the country’s capital of Santiago, calling for free public education for all. That unrest eight years ago also turned violent, with hundreds arrested.

In his second stint as president, taking over from his socialist predecessor Michele Bachelet, Piñera is again forcing the neoliberal reforms he tried to implement in the past. Shortly after the latter won another term as head-of-state, his appointed Finance Minister Felipe Larrain declared they “must begin with austerity measures”.

Piñera’s government introduced radical reforms to the pension system, which increased workers’ contribution by 40%. This despite many Chileans complaining about the amount of pension they receive, which the OECD said will further drop to 40% of their final salary once they retire.

The right-wing administration also moved to repeal Bachelet’s egalitarian school selection policy, which banned state schools from selecting students only on academic merit. While it may sound fair to reward academic achievement, thus promoting a meritocracy, two Chilean academics argued that in their country, academic attainment is closely linked with socioeconomic class.

Hence, by making school admission about academic merit it risks discriminating a large portion of Chile’s low-income population – and the country already suffers greatly from inequality.

The Gini index, the most commonly used measure for inequality worldwide, shows that Chile has the worst inequality in the entire OECD. While poverty levels have dropped, and the median monthly wage has risen over the past few years, the cost of living is still too high for most Chileans and that problem was further exacerbated by selfish austerity measures being pushed by the neoliberal government.

Hence, the chaos happening right now in Chile cannot only be blamed in the proposed 3% price hike in their public transport system. Rather, the anger Chileans felt by that planned price increase was merely the breaking point in their accumulated frustrations over a system that continues to extract money from them but which provides decrepit services in return.

Their pension system, school system, health system, and then their public transport system were substandard, and the people called on the Piñera government to step in.

Instead, in August this year Piñera’s government stonewalled calls to reduce Chile’s working week from 45 hours to the standard 40 hours seen in most developed countries. The loss of jobs was cited as their reason, despite the country’s small and medium business organization (CONUPIA), having declared their support for the measure.

Allowing workers more free time would have only been a small (but much appreciated) token to alleviate the burdens felt by every day Chileans, and yet the right-wing government of Sebastián Piñera still refused to budge.

Less than two years after he was elected in March 2018, Piñera’s approval ratings are at a low of 25%. That deficiency in public support is reflected in the bloodshed and chaos happening in his country’s streets, which is only bound to get worse if major (progressive) reforms are not made soon.