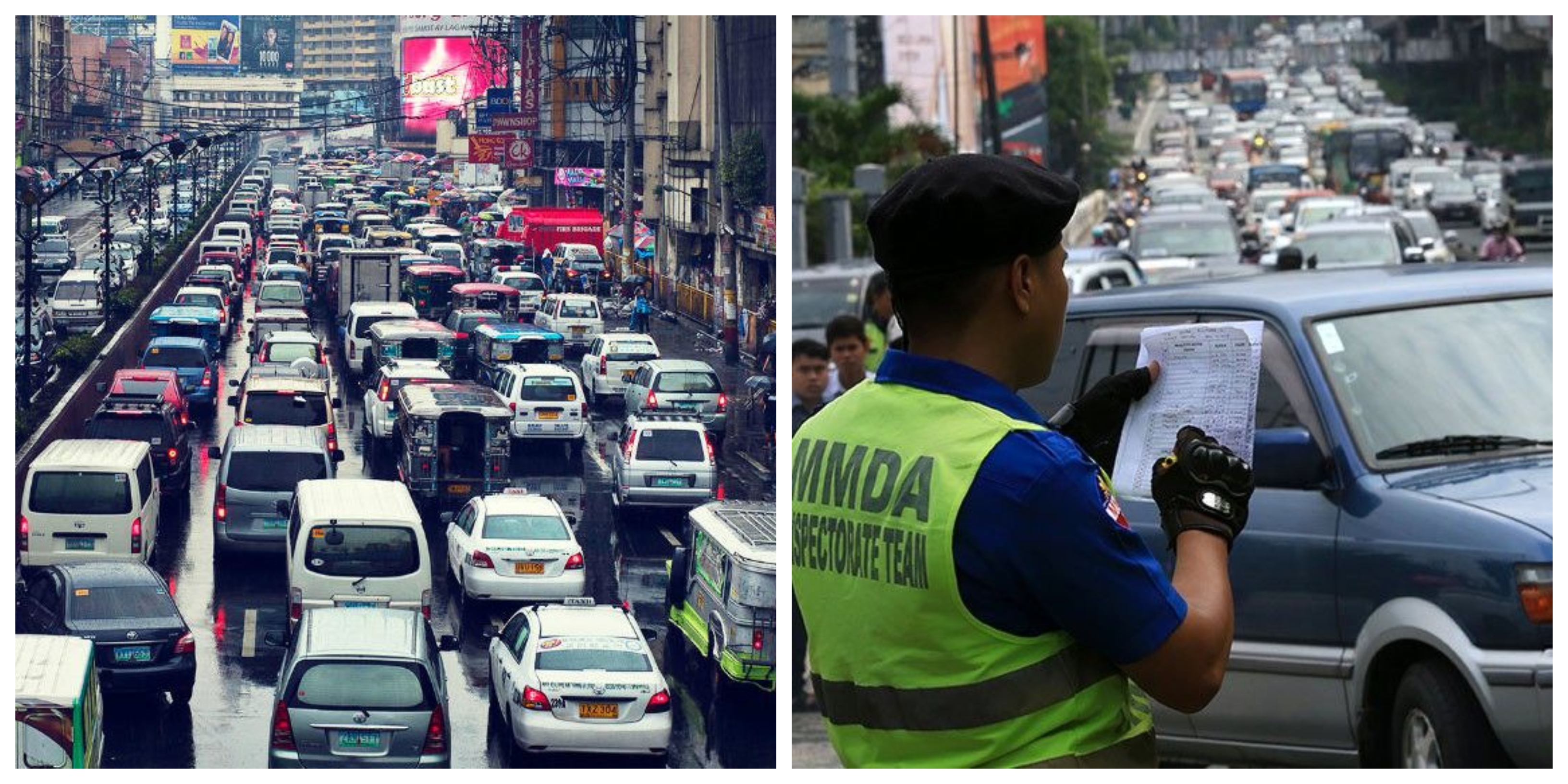 When Metro Manila Development Authority (MMDA) spokesperson Celine Piago declared that the agency’s bus ban on EDSA highway was “not successful”, it was another policy idea that joined the ash heap of previously failed attempts to ease traffic congestion in the National Capital Region (NCR).

Metro Manila is frequently regarded as having the worst traffic congestion in the world, with the Japan International Coordinating Agency (JICA) estimating that it costs the Philippine economy Php3.5 billion in lost opportunities each day.

Solving the transport woes in the country’s capital usually is one of the hotly contested topics during election debates, and in 2015 then-presidential candidate Rodrigo Duterte gave a litany of solutions to the traffic congestion problem that involved investing billions of pesos in new infrastructure and shifting many manufacturing sites and container ports outside the Metro.

It is halfway through his term as president and the traffic situation in Metro Manila continues to be in a poor state. While invaluable road projects such as the Skyway flyover have been opened to divert traffic, and new modes of transportation such as the Metro Manila Subway system are being built to reduce reliance on vehicles, pouring money into new infrastructure will not solve the problem alone.

Metro Manila’s infrastructure woes are caused by a range of factors which include the the over-reliance on private vehicles, an underdeveloped mass transit system, and the sheer number of residents in the area which makes it the most congested metropolis in the world.

But also to blame is the evident lack of planning on its future transportation needs.

Most of these transport infrastructure projects are decided and planned by politicians – either elected or appointed in the different government agencies – who decide on the specifics of the project, the contractor, the budget of the project, and how to finance it. As proven during the C-5 Extension controversy in 2010, and the MMDA bus ban mentioned previously, political actors are not the best people to plan, decide, and implement our long-term and short-term infrastructure needs.

The reason for this is because politicians are driven by personal agenda: either they forego long-term solutions to attain short-term political wins in order to boost their political capital before an election, or they are beholden to ruling elites that want to cater to their own interests when deciding these important transport infrastructure projects as with the dispute on the common rail station in 2016.

Given that elected local government politicians are only responsible for a specific jurisdiction, they could enact policy that only suits their area but has negative repercussions over surrounding localities.

An example is the disjointed traffic management schemes implemented in every city of NCR, while most cities impose a colour-coding scheme that restricts vehicles from roads according to their colour, the city of Pasig used to implement an “odd-even” number scheme that restricts motorists based on their license plate numbers instead. What happens is that vehicles could drive freely in some roads, but could find themselves infringing traffic rules when they enter another road.

Not only is it confusing for private vehicle users, but it also affects commuters who rely on jeepneys and buses. It is also evident in these strategies that the mentality to traffic management is still to reduce volume, rather than improving the flow of traffic itself – the former does not guarantee the latter.

Thus, Metro Manila’s traffic problems suffer from a flawed philosophy in thinking about traffic solutions as well. To tackle only one aspect would be futile in solving the problem at hand, a holistic approach to not only traffic congestion but also transport infrastructure planning is required.

The MMDA was formed precisely with that in mind, part of its scope of services is an integrated approach to transport and traffic management which…

…includes the formulation, coordination and monitoring of policies, standards, programs and projects to rationalize the existing transport operations, infrastructure requirements, the use of thoroughfares, and promotions of safe and convenient movement of persons and goods; provision for the mass transport system and the institution of a system to regulate road users; administration and implementation of all traffic enforcement operations, traffic engineering services and traffic education programs, including the institution of a single ticketing system in Metropolitan Manila.

However, that is only part of the agency’s mandate – their functions also include NCR-wide solid waste management, flood control and prevention, and organizing the yearly Metro Manila Film Festival (MMFF), among many. The MMDA is not a dedicated transport organization, and their governance is not composed of planning and traffic management experts while the MMDA chairman is a political appointee.

This tells us that the MMDA is also a political entity that is attempting to solve Metro Manila’s traffic problems. Its decision-makers are not experts in the field of urban planning or transportation management, and therefore their policies are not always the most sound.

What Metro Manila needs to solve its traffic congestion and management problems is to create an entirely new government entity that will be a dedicated body to identify traffic management solutions, plan long-term infrastructure needs, and enforce policies in the NCR that will ease the traffic situation. This new agency will be one that is independent from any local government unit (LGU) and, unlike the MMDA, does not fall under the Office of the President.

Its board of directors should be composed of members with the skills required to tackle the problem: urban planners, civil engineers, architects,  but can accommodate at most 10% of its voting body to elected political officials as representatives of the residents of the Metropolis.

They will not be responsible for any issue outside of transportation, and in the same vein no other body or entity will have the power to make decisions on transport-related matters in the NCR – not even LGUs, which will be forced to relinquish their hold of their local transportation and traffic management needs to this body.

By allowing only one entity to make transport-related decision-making, you eliminate the potential for a disjointed and chaotic traffic management scheme across Metro Manila. Since this new agency will have powers to plan transport infrastructure projects for the entire NCR, we can ensure that these projects identified are the most optimal for all residents of the Metropolis, not merely for one of its cities.

Also, since the positions of this agency – albeit the 10% mentioned who are elected officials – are not up for election, the decision-makers are able to implement long-term plans rather than focusing only on short-term results. They are able to make more rational decisions, since they do not need to win over voters by implementing policies that are popular, but not effective or optimal; they can make tough decisions that may incense people at first, but will ultimately improve their lives in the long-term.

The decision-makers are also empowered to act with integrity: by not needing to contest an election they do not have to rely on the patronage of wealthy benefactors who will try to influence critical decisions.

But such an entity can never be created, or if created cannot possibly be given the teeth to really bite down on the problem of traffic congestion in Metro Manila. This is because too much is at stake for politicians, by removing transport and infrastructure planning from their functions, they effectively lose a carrot-and-stick mechanism that they rely on to attract voters.

Wealthy elites will also not be keen on losing their ability to maneuver vital public infrastructure projects, this is the reason why there hasn’t been a common transport station in Metro Manila after all these decades. The oligarchical class wants the station to be in proximity of their respective properties, thereby increasing its value, which is why SM and Ayala Corporations have feuded over its location.

Hence, having this powerful decision-making body dedicated for transport-related matters will face a lot of opposition – despite potentially having a meaningful impact on the problem of traffic in Metro Manila. It will require a tremendous amount of political will from the national government itself, and while President Duterte likes to claim that his administration is one of great political will, it is unlikely he will enact such a radical policy to tackle the traffic crisis.

Yes, the proposed solution may seem radical – but Metro Manila’s traffic woes have reached radical levels already. The projected economic losses per day by JICA should be enough of an eye-opener, but one can also pinpoint at the health impacts of the stress caused by traffic, or the amount of fuel consumption when vehicles are at a standstill.

There are many long-term benefits that could potentially arise from such a radical proposal, but because personal interests of the powerful are threatened, it will remain a pipedream.