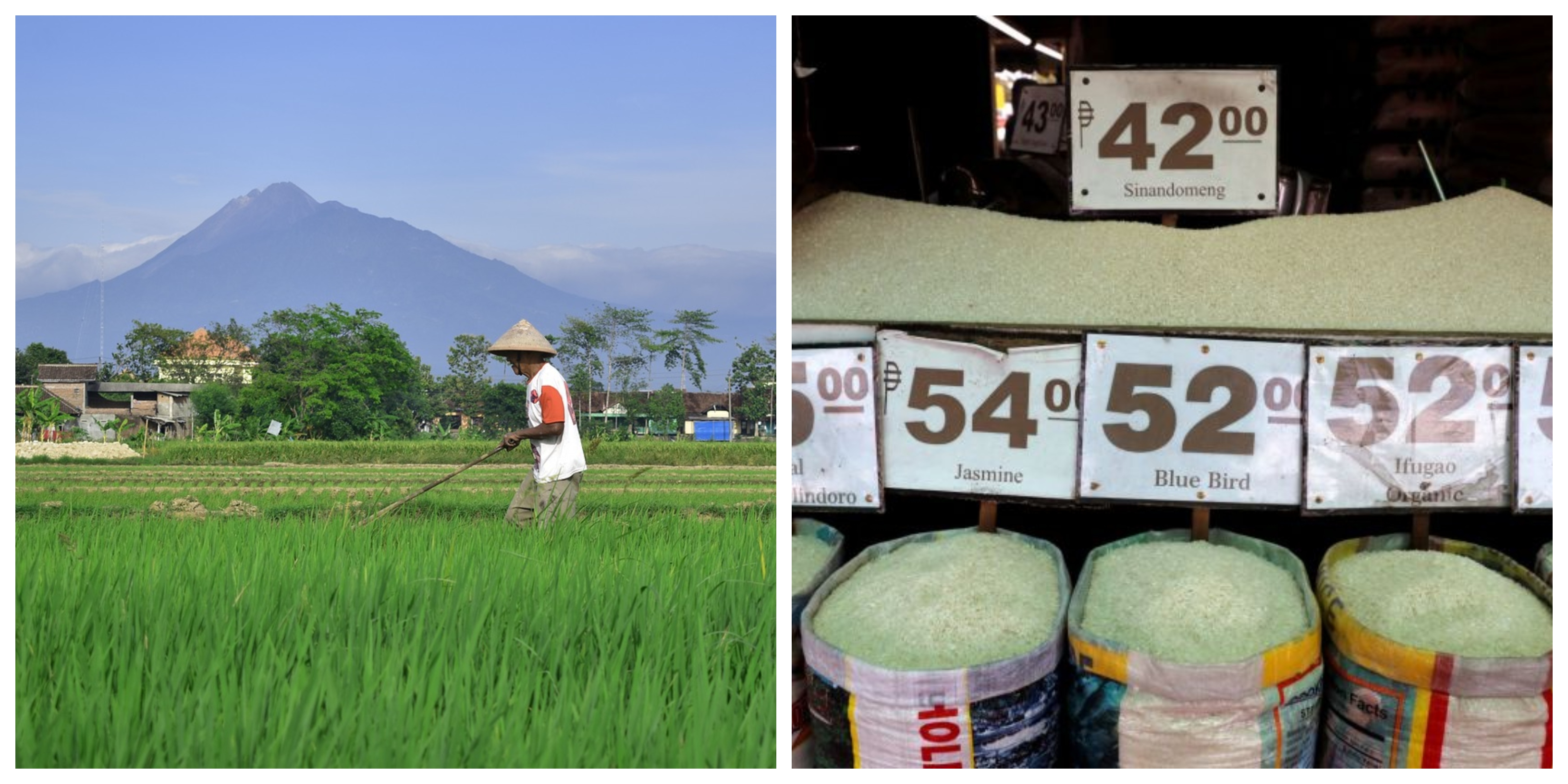 Rice is the staple food in the Philippines, and therefore is largely in-demand by consumers. Being in the tropics, the country has the necessary climate to grow the crop and sustain its own need; with a constant demand for the grain, local rice farmers should be guaranteed prosperity or at least a stable source of decent income.

Sadly the opposite is true: the Philippines remains among the world’s top rice importers, while Filipino rice farmers are among the poorest demographic in the country, and thanks to a law passed in February this year, their woes will only worsen.

The Rice Tariffication Law (RTL) signed by President Rodrigo Duterte early this year allows for the liberalization of private rice imports to the country. Prior to this the importation of rice was severely limited under a “quantitative restriction” (QR) scheme, which means that the volume of imported rice entering the Philippines would be kept to a minimum to protect local rice farmers.

By placing a limit on the amount of foreign rice products entering our markets, the harvest of our Filipino rice farmers will be prioritized by rice traders. Our domestic rice planters would not need to compete with rice products from overseas which were produced with handsome subsidies by their respective national governments.

Its neighbouring country, Thailand is the world’s second largest rice exporter. The South-East Asian country was able to achieve that record because of an intensive agricultural mechanization scheme conducted by their national government in the 1980’s.

A 2009 report to the Asia-Pacific Centre for Agricultural Engineering and Machinery (APCAEM) describes in detail Thailand’s mechanized transformation of its agriculture sector, where 50% of agricultural lands are cultivated for rice. In 1981, the Thai government imported steam power tractors and rotary hoes from China to aide their farmers and spurred rapid growth in rice production.

Prof. Peeyush Soni from the Asian Institute of Technology in Thailand also noted how mechanization “plays a pivotal role” in the agricultural sector in the country, and it has been “the most impressive” with rice production. The scale of mechanization in Thailand’s agricultural industry has grown rapidly, and boasts 50 tractors per 1,000 hectares of arable land on average.

The title of the world’s largest rice exporter belongs to India, and is another country with a strong government-led program to aide their rice farmers. Farmers are protected from low crop prices with state subsidies, the bulk of those subsidies go to buying rice grains from farmers at a higher price than what the market offers.

Under their Food Corporations Act of 1964, the state-run Food Corp. of India (FCI) buys rice and wheat from farmers at a guaranteed price – shielding them from any market turbulence. Because of this, rice farmers in India are able to properly plan their futures and solely concentrate on improving their crop yields.

Meanwhile, Filipino farmers are left to the mercy of a volatile rice market – made worse by the deluge of imported rice under the RTL. It was reported this week that the average farmgate price of rice in Luzon plummeted to between Php8-10/kilogram – for context, the farmgate price for the same crop in June last year was Php21/kilogram.

This shows that after the implementation of the RTL, the farmgate price for the rice crop – which is the market price minus selling costs – dropped to less than half of its price prior. This is because a flood of rice imports from overseas have made Filipino produced rice less competitive, and faced with greater competition our domestic farmers have to bid themselves down.

Though it is important to note the rationale for introducing the RTL in the first place, which was primarily to respond to the rising price of rice in consumer markets. As inflation hit a near-decade high in 2018, the price of rice soared leaving many Filipino households struggling to afford this staple food item.

While the spike in inflation was blamed by most experts on the Duterte administration’s signature fiscal reform program – the Tax Reform for Acceleration and Inclusion (TRAIN) Law – which was passed in December 2017, the government instead took aim at protectionist measures on our national rice industry. The tax reform package raised excise tax on fuel, which then had a flow-on effect on the cost of production, and almost instantly spurred the gradual growth in the price of rice throughout 2018.

There was massive public outcry on the skyrocketing prices of basic commodities, including rice. Rice farmers should not be to blame for those rising costs, given the cost of transporting their produce into the market had also increased thanks to the TRAIN law.

The Duterte government initially refused to suspend implementation of the TRAIN law, despite a clear causal effect on the rising cost of food items that year. They finally relented in October 2018, suspending further increases in the fuel excise tax, but only shortly thereafter the RTL was passed – a punishment on rice farmers despite the latter not to blame for the cost of the staple crop.

Why didn’t the government instead cancel the increase of fuel excise increases, or at the very least provide exemptions to rice farmers who were already struggling enough as it was?

Our rice farmers are being punished for a careless fiscal reform program that was implemented without consideration on its flow-on effects on basic commodities. Instead of helping them mechanize their operations and thereby boosting productivity as in the example in Thailand, or aided by government guarantees on their produce as with the case in India, the Philippine government instead made a scapegoat out of our rice producers for their own shortcomings.

Rather than helping our own producers, the Duterte administration instead signed a law that would prove to be the death knell for our local rice industry. Not only do our farmers have to weather the storm of high fuel prices thanks to TRAIN, they also have to compete with a deluge of rice imports because of RTL.