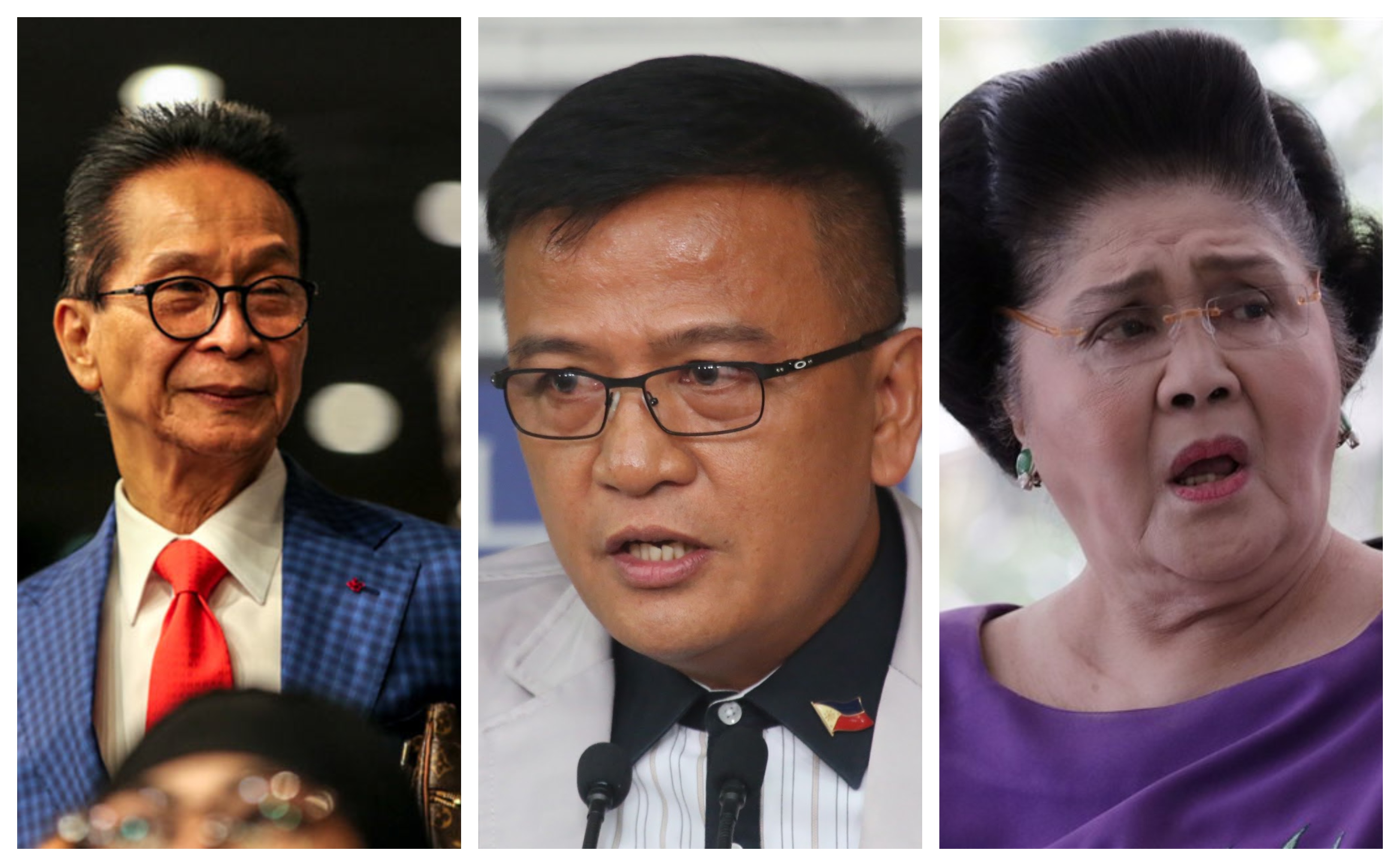 The Senate’s Blue Ribbon Committee commenced its inquiry on the controversy surrounding the Bureau of Corrections’ (BuCor) early release of serious offenders under the Good Conduct Time Allowance (GCTA) law. It comes after public outrage ensued over the plan to release convicted rapist and murderer Antonio Sanchez, despite having been sentenced to 7 life terms.

Aside from Sanchez, in focus was BuCor director Nicanor Faeldon – who initially denied signing the release order for the convicted rapist-murderer but admitted to doing so after a copy of the said document obtained by GMA News showed that his signature was indeed affixed on it. Also on the hotseat for the Senate inquiry was Department of Justice (DOJ) Secretary Menardo Guevarra, who should have had oversight over BuCor’s implementation of the GCTA process.

The outrage over Sanchez’s planned release last August 20 also uncovered that almost 2,000 serious criminals had been admonished from their prison sentences under the GCTA law – the vast majority of which occurred under the tenure of Director Faeldon. That number includes 3 convicted for the brutal rape and murder of the two Chiong siblings in 1997; more suspiciously, the release documents for the trio were signed by a subordinate of Faeldon – despite the latter having the final authority over the release.

Aiming to shed light on the inner machinations of BuCor, the Blue Ribbon Committee led by Sen. Richard Gordon grilled Faeldon on the mechanics of the GCTA, and who exactly was it that ordered the released on Antonio Sanchez. It did not take long for the BuCor chief to admit that it was he who signed a memorandum to begin the process to release inmates, including Sanchez.

Though Faeldon stressed that he recalled the order almost instantly, on the same day that he admitted to have signed it. He said that there was a need to review Sanchez’s release document, therefore the BuCor chief “stopped it” from further progressing.

However, it does not satiate the question of why Director Faeldon signed the document in the first place. If he knew that there was a need to further evaluate Sanchez’s case, why sign a highly sensitive document?

It is either the case that Faeldon was not exercising due care in his duty, or that something changed his mind that he refused to divulge during the Senate hearing – either way, it is a glaring indictment of the retired Marine Corps captain’s performance.

However, rather than having more answers, the proceedings also raised more questions as well.

Another prominent government official linked to Sanchez’s near release is Presidential Spokesperson Salvador Panelo, who was the convict’s defense lawyer during his trial in the early 90’s. It has been speculated that the former had somehow influenced the judicial process to grant clemency to his former client, a claim Panelo vehemently denies.

However, during the committee hearing Sanchez’s wife revealed that she wrote letters appealing for clemency for her husband, to several key government officials including the Presidential Spokesperson. Board of Pardons and Parole (BPP) Chairperson Reynaldo Bayang admitted that he received the letter from Mrs. Elvira Sanchez, which he claims was “referred” to him by Panelo himself.

The Spokesperson admitted receiving such letter and referring it to the BPP in his capacity as Presidential Legal Counsel, which he says was only protocol and denied it being an endorsement for clemency. During a briefing with the Malacanang Press Corps, Panelo lashed out at media reports saying that he “endorsed” Sanchez’s appeal for clemency, he also reiterated that he was no longer in contact with either Antonio Sanchez or the latter’s family since serving as his defence lawyer more than 2 decades ago.

However, he soon admitted that he did have a face-to-face meeting with Sanchez’s family in February this year. In fact, Panelo helped organize it to happen in the Malacanang Palace, the residence of the Philippine President, not only once but in two separate instances.

These meeting happened around the same time that Mrs. Sanchez wrote to the Spokesperson asking for help obtaining clemency, the same e-mail was sent to President Duterte and to the  latter’s former aide, now Senator Bong Go.

Can Panelo truly say that he did not endorse Sanchez’s clemency given the lengths he went to organize a high-level meeting with the convict’s wife and family, at no less than the Presidential Palace itself?

Was the Presidential Spokesperson lying when he initially said he had no formal contact with the Sanchez family since the trial in 1995, when actually he met with them at least twice just early this year?

The rabbit hole did not end there, it was also revealed that the Sanchez family sent a similar letter asking for recommendations to former First Lady and retired congresswoman Imelda Marcos. It seems that the widow of the late dictator Ferdinand Marcos received the plea for help from Mrs. Elvira Sanchez as early as 2017.

Mrs. Marcos had written a letter to President Duterte that year, asking for executive clemency for convicted rapist-murderer Sanchez. Even worse, Imelda had used her office’s official letterhead, as Representative for the 2nd District of Ilocos Norte, to write to the President.

The then-congresswoman cited Sanchez’s “advanced age, failing health,” and his “good behavior in prison” as justifications for an executive clemency. “Good conduct” is among the conditions of qualifying for a reduced sentence under the GCTA law, but only in 2006, Sanchez was caught smuggling illegal narcotics into his prison facility.

How can Sanchez be remotely considered for eligibility of the GCTA law when he has not demonstrated good conduct during his time in prison?

Also, why is Imelda Marcos not a party to the Senate hearings when she blatantly used her influence as a public official to vouch for clemency for the detained rapist-murderer?

The more information that is revealed during the Senate hearings, the clearer the picture becomes that a coordination of elite officials in government helped nearly release Antonio Sanchez from prison. Could a destitute convict’s family write to the Presidential Spokesperson, or the President’s chief aide, much more to the President himself, asking for clemency for their relative, and have a personal meeting in Malacanang Palace itself?

It is obvious that such a letter from an ordinary citizen would not even be read by a high-ranking government official, no matter how serious or insignificant the crime they committed was.

And here is Antonio Sanchez, who served as mayor of a town in Laguna province, and was therefore well-connected to the powers-that-be, can commit the heinous rape and murder of a university student in 1993, and later murder the victim’s boyfriend, and still be considered for executive clemency only two decades after.

While the Senate Blue Ribbon Committee hearings are meant to focus on the implementation of the GCTA law in BuCor, it has served to remind the public that the Philippine justice system is still biased to favour the rich and powerful.