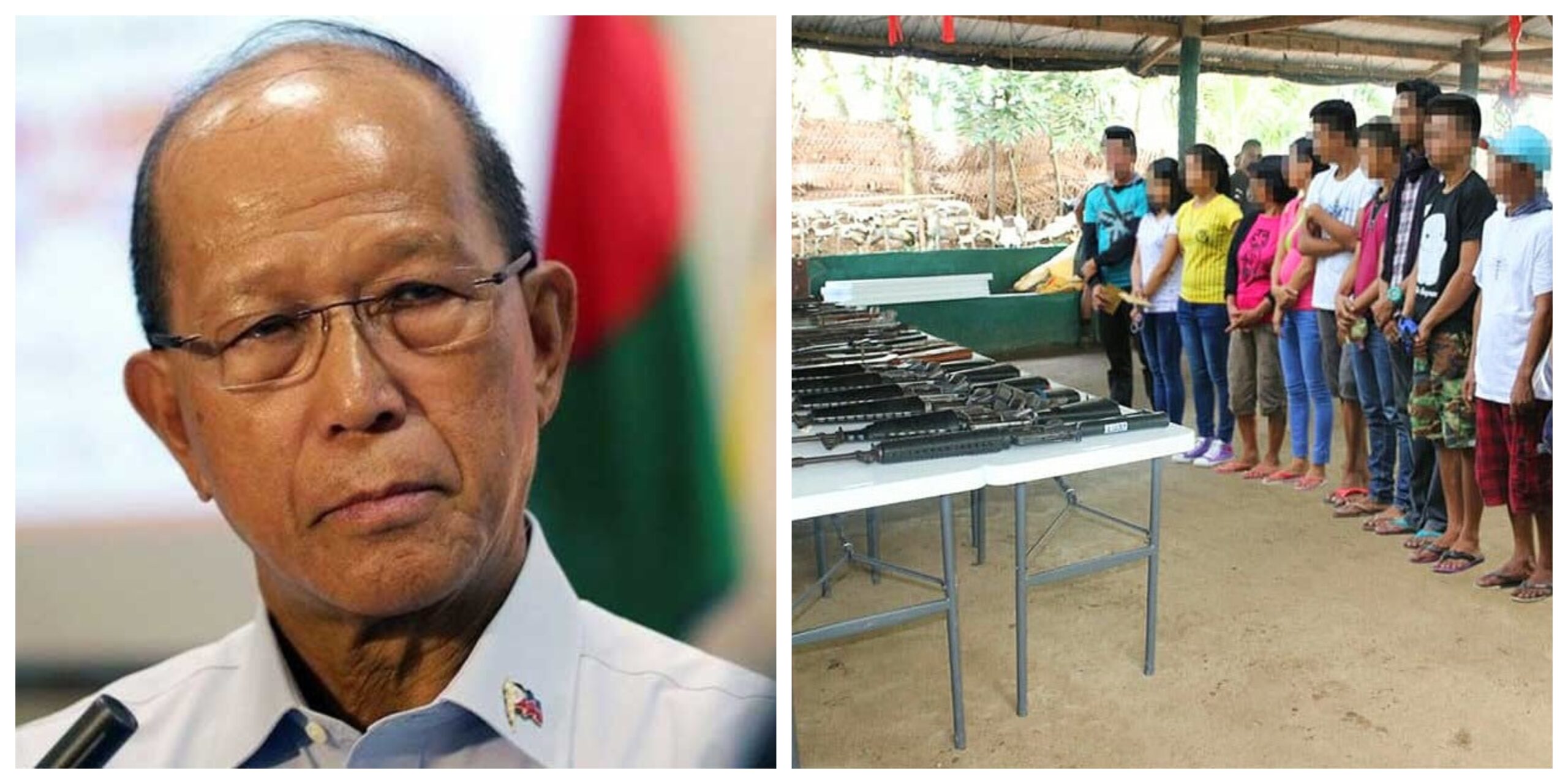 The top brass of the Armed Forces of the Philippines (AFP) have been left red-faced after being forced to admit that they had doctored a photograph for propaganda. An image published by the Philippine Army claimed to depict former New People’s Army (NPA) rebels surrendering to the government during the revolutionary group’s 51st founding anniversary.

However, instead of being lauded the Army instead received derision from the Filipino public for blatant signs of photoshop. The image shows the alleged surrenderees seemingly floating in mid-air because of the poor quality edit, almost as though it was released for satirical purposes.

Nonetheless, mainstream news outlet GMA News published the photo themselves — using the narrative put forth by the Army. They also released a close-up image of the rifles the rebels allegedly surrendered, but one of them bore the label “18 June 2019” – if this was a fresh batch of rebel returnees, why is the date six months earlier?

Eventually, the Army admitted that they had doctored the photo to “protect former rebels”, which made little logical sense. Couldn’t that be achieved by simply blurring out the faces of the individuals?

But the outdated label on the rifles makes the post even more suspicious, why would the date marked be six months earlier? A simple online search shows that a batch of NPA rebels was reported to have surrendered to the military on that day also, handing over their weapons to the government forces.

This tells us that the cache of rifles shown in the doctored image dated 27th December 2019 are most likely recycled from 18th June 2019. Given that the individuals in the photo are proven to have been doctored also, were their photos also recycled from an earlier batch of surrenderees?

If so, can we believe that a group of ex-NPA rebels even surrendered to the military on the 27th of December? By all accounts, it is most likely that the press release from the Philippine Army was a mere act of psy-war against the guerrilla movement.

While psy-war is a legitimate instrument of warfare and should be expected from the AFP, it is rather pathetic that they were contented to release a badly-doctored image to serve that purpose. The administration of President Rodrigo Duterte requested billions in intelligence funds for 2019, and the Philippine Army stands to receive Php444 million in intel funding next year.

It is also worth mentioning that in February this year, the United States provided an additional Php300 million to the Philippines for intelligence gathering. With the abundance of funds, both taxpayer and otherwise, is an elementary-level photoshop the best that the AFP can do?

This failed psy-war project of the AFP is problematic because it isn’t the first time the country’s military faked news about the NPA. When Ako Bicol Party-list representative Rodel Batocabe was assassinated in December 2018, the military quickly pointed the finger at the NPA as the perpetrators.

But that accusation was swiftly rebuked by Batocabe’s widow, Gertie, who said that the NPA would not gain anything from slaying her husband. Bayan Muna party-list Carlos Zarate also divulged that he has received numerous reports of military intelligence offers coercing poor farmers into signing blank documents, only to later be presented as surrendered NPA rebels.

It makes sense for corrupt elements within the AFP to do this: under the Enhanced Comprehensive Local Integration Program (E-CLIP), a government policy that incentivizes rebels to return to the fold, former rebels who surrender to the military stand to receive Php15,000 each as reward money and qualify for further benefits such as a Php50,000 livelihood assistance and free housing.

Therefore, when the AFP promote fake news regarding the NPA they stand to benefit not only from winning the psychological battle but can potentially benefit economically from the practice as well.

In the aftermath of the backlash over the doctored photo, Defense Secretary Delfin Lorenzana called for sanctions against those responsible for the publishing the photo while the Philippine Army have begun an internal probe over the incident. These actions tend to portray the AFP as remorseful over their actions, but it is more likely that this is a case of damage-control over a failed propaganda effort.

They have every reason to panic, this blunder not only exposed their lack of capability to mount a respectable psy-war effort but also further eroded their credibility in reporting facts about their campaign against the NPA. When the military present a future batch of alleged NPA surrenderees, it will be thoroughly scrutinized if whether it is factual or another piece of black ops PR.

Nonetheless, the AFP will be ending the year with a pie in their face and their trustworthiness obsolete. This saga should also make us think if we can still say that our country’s military establishment can be trusted at all.

One thought on “Can we really trust the Armed Forces of the Philippines?”