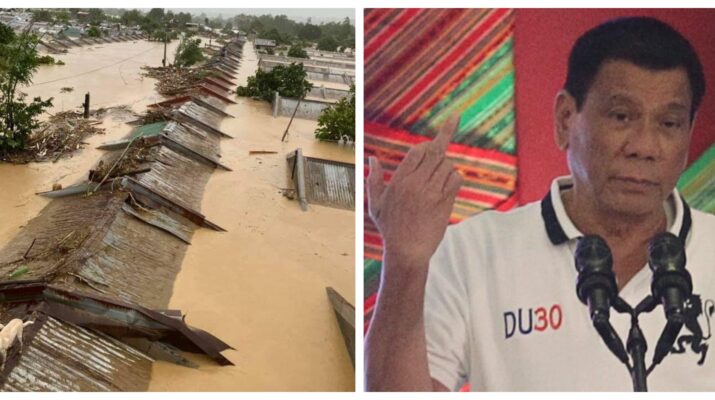 The Philippines is reeling from the onslaught of Typhoon Ulysses (international name Vamco), the third typhoon to hit the country in as many weeks.

Almost 200,000 people have been evacuated in the Luzon region, with many casualties recorded also. Making matters worse, this typhoon’s path is nearly identical to that of Typhoon Quinta and Supertyphoon Rolly which struck the country in the preceding weeks.

Communities already battered by those previous typhoons are now being punished by torrential rains brought by Typhoon Ulysses. The capity city of Manila has been particularly hit hard by the typhoon, experiencing severe flooding which drew comparisons to the devastation of Typhoon Ondoy in 2009.

That powerful typhoon left 710 people dead in its wake more than a decade ago, many from the Greater Manila area alone. This is due to the overflow of the Marikina River that deluged nearby communities, many of which were shanty towns.

Scaringly enough, the river’s water level reached a whopping 22 meters on Thursday morning, surpassing the record set by Typhoon Ondoy in 2009 – at 21.5 meters.

It is also noteworthy that Typhoon Ulysses made landfall exactly seven years after Supertyphoon Yolanda (international name Haiyan) hit the country. One of the strongest typhoons ever recorded, the 2013 natural disaster displaced 6 million people and caused 7,000 casualties.

Being located at the edge of the Pacific Ocean and near the equator, the Philippines is a hotspot for extreme weather events. This should entail a high level of disaster risk reduction and management planning from the government.

However, President Rodrigo Duterte’s administration has taken steps to undermine the country’s ability to respond to natural disasters instead.

Three years ago, this government scrapped the Project Noah initiative that was launched by the previous administration.

The project’s mission was “to undertake disaster science research and development, advance the use of cutting edge technologies, and recommend innovative information services in government’s disaster prevention and mitigation efforts.”

Project Noah maintained a disaster management platform that provided data available for everyone to use. Its platform provided real-time weather updates, hazard maps to be used by barangay-level officials, and storm surge advisories in affected localities.

The Duterte administration discontinued Project Noah citing a “lack of funds”. It should be noted that sourcing funds for the initiative was already problematic even during the preceding administration of President Noynoy Aquino.

However, the Aquino administration never completely got rid of the scientific research project. They valued how this initiative could benefit the country in the long term and ensured it will continue despite a funding problem.

But with the Duterte administration discontinuing the project completely, Filipinos will no longer be able to benefit from the initiative’s advantages.

There has also been a lack of funds for disaster relief in general under this administration.

In the 2020 Budget, the calamity fund (the budget allocated for disaster relief and response) is 20 percent less than last year’s budget. While President Duterte himself pegged this budget at Php20 billion, Congress – which is dominated by his allies – slashed the figure by Php4 billion.

Effectively, the country only has Php16 billion at its disposal to respond to natural disasters. With prior calamities having occurred throughout 2020, such as the Taal Volcano eruption, it leaves even less funds for Typhoon Ulysses’ rehabilitation.

Knowing the country is located in a hotbed for typhoons, it makes sense for the calamity fund to progressively increase year-on-year. However, under the Duterte administration the trend has been going backwards instead.

In fact, the Php16 billion calamity fund set aside in Budget 2020 is less than half that allocated in Budget 2016 – the previous administration’s final one.

Even natural landforms which mitigate typhoons is being undermined by the Duterte administration.

The Sierra Madre mountain ranges in eastern Luzon spans 540 kilometers and acts as a barrier against typhoons coming from the Pacific.

In 2018, the mountain ranges weakened a powerful typhoon (Typhoon Ompong) from 220 km/h to 160 km/h as it crashed onto the land formation.

That also wasn’t the first time the Sierra Madre came into action, having prevented two devastating typhoons in 2016 – Typhoon Sarika and Typhoon Haima.

Despite the significance of the Sierra Madre mountain ranges, the Duterte government is planning to carve out large sections of the natural land formation to build the Kaliwa Dam.

The multi-million dollar dam project has been in the works since the era of President Ferdinand Marcos and after the Duterte administration secured a $238 million loan from China the project has inched closer to fruition.

The government has endorsed the project as a means to improve water supply to Metro Manila, ignoring warnings from the scientific community that undertaking such a large-scale infrastructure project will almost certainly ruin the Sierra Madre mountain ranges.

When your country is frequently ravaged by typhoons, as a government your priority should be to strengthen measures to reduce risks, manage the calamity, and enhance recovery efforts.

But the Duterte administration has been doing the opposite, they have undermined our country’s ability to cope with these calamities.

They’ve cancelled a vital research project to predict these extreme weather events, decreased the calamity funds, and are now going to compromise a mountain range effective in weakening incoming typhoons.

Project NOAH and increased calamity funds would have helped tremendously as the Philippines struggles with Typhoon Ulysses, with four more storms forecasted to hit before year-end. But instead, the country again faces a high number of casualties from a typhoon.