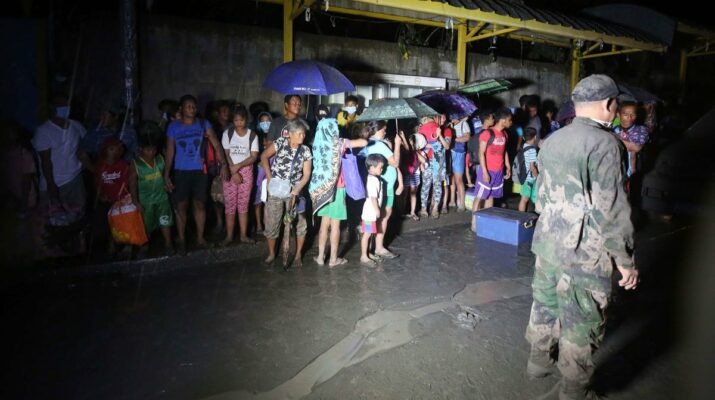 In Philippine politics, disaster relief can make or break a politician’s career. Take for instance the response the previous Aquino government had in the aftermath of Typhoon Haiyan in 2013, their lackadaisical approach to mitigate casualties and in providing immediate relief to survivors ultimately proved fatal for the political ambitions of Mar Roxas — then-Interior Secretary and later presidential candidate.

It is only fair to do so, after all we rely on our public officials to utilize our taxes into providing effective disaster relief. Thus, we should also judge the incumbent administration of President Rodrigo Duterte with the same standard that we applied with the Aquino administration in responding to calamities.

If that was the case, then it can objectively be said that the Duterte administration has been pitiful with their response to the eruption of the Taal Volcano. Ash fall from the eruption fell on the nearby provinces of Cavite, Batangas, and Laguna, while the country’s main volcanology agency, PHIVOLCS, raised the alert level to the second-highest level — forcing thousands of residents to evacuate amid the increasing danger.

Yet the first major response from the government, which came from the Department of Agriculture (DA), was to offer a Php25,000 loan to farmers affected by Taal’s eruption. Agriculture Secretary William Dar even portrayed the loan offer as though it was the most generous proposition yet: he exclaimed how it came with zero interest and payable within three years.

While those terms may never be outdone by a bank or any financial institution, it is still baffling why the government agency could not just offer a grant rather than a loan. This sentiment was echoed by Agusan Del Norte congressman Rep. Lawrence Fortun, who said that the affected farmers should not be made to pay the money back.

“They have lost everything and they’ll still have to pay? Our taxes should be enough to cover the emergency aid,” the congressman rightly added. Under the General Appropriations Act (GAA), a lump sum is allotted to cover aid, relief, and rehabilitation services to communities/areas affected by man-made and natural calamities called the “Calamity Fund”.

However, under the Duterte administration the country’s calamity fund budget has been trending downwards. In the most recent national budget, the fund was slashed by Php4 billion compared to the 2019 level. Though it should be noted that because Congress extended the validity of last year’s budget until December 2020, the available balance from last year’s calamity fund — pegged to be at Php3 billion — can be used for this year’s needs.

However, it should also be noted that the Php16 billion calamity fund allotted for this year will not be available for the Taal eruption in its entirety — Php5 billion has already been earmarked “for recovery, rehabilitation, reconstruction, aide and relief projects in the administrative regions of Region 11 (Davao area) and Region 12 (Socsargen) affected by the earthquakes in the last quarter of 2019.” — which effectively leaves a balance of only Php11 billion.

Meanwhile, think tank IBON Foundation says that a further Php3.5 billion of that has already been allocated for the continuing rehabilitation of Marawi City after it was devastated by the Islamic State occupation in 2017. This leaves a balance of Php10.5 billion calamity fund available — combined from the 2020 appropriation and the 2019 balance — to be used for the Taal eruption, but it is only January and it can be expected that more natural disasters would hit the country as the year progresses.

Obviously, one should not take anything away from rebuilding Marawi or providing a fund to help victims of other calamities such as the Mindanao earthquakes — those are equally important endeavors. The blame should lie with the prerogative of lawmakers and the direction of the executive for allotting such a derisory calamity fund, given it is a known fact that the Philippines — which is located in the Pacific ‘Ring of Fire’ — is greatly susceptible to natural disasters.

That figure is almost half of the 2019 balance, and it is almost a quarter of the 2016 calamity fund which was the previous Aquino administration’s final budget. This leaves one to question why the incumbent Duterte administration does not provide much of a premium in disaster relief and reduction.

The reduced calamity fund ultimately exposed the Duterte administration’s inability to properly respond to the Taal Eruption. One of the earliest public statements of the Department of Social Welfare and Development (DSWD), one of the first response agencies during calamities, was to ask for donations — in cash or in goods — and volunteers to help with the relief operations.

This call was widely derided by the public, who asked why the DSWD — which has an annual budget that includes a quick-response fund (QRF) which is a sum earmarked for prompt disaster relief projects — would need the public’s generosity to fulfill its mandate. The agency, in turn, responded by saying they “cannot prevent private groups or individuals from helping if they wish to do so”, and that their appeal was only to boost their resources and ensured that their own funds from the national budget were “sufficient” to deal with Taal’s eruption.

However, if that was the case that the DSWD had enough resources to respond to the volcanic eruption wouldn’t it be best if private entities turn their generosity towards non-government organizations that are also helping with the Taal response? Civilian volunteer groups such as the Philippine Red Cross and Art Relief Mobile Kitchen, faith-based groups FAITH and Christ’s Youth in Action (CYA), and animal-rights groups PETA and PAWS, among others, are all pitching in to help victims of the calamity and would better appreciate private capital.

In fact, local government units (LGUs) of the directly affected provinces such as Batangas, Cavite and Laguna — who are in the front-line of disaster response and relief — would be in dire need of resources, and would greatly appreciate all the help they can get. The DSWD should have announced ways to help these private groups and LGUs rather than seeking to fatten their own coffers.

One logical explanation for the DSWD’s misguided call is that perhaps their own coffers are not abundant at all, and are, in fact, drying up in the face of Taal’s eruption. This is possible with the myriad of natural disasters the country has seen in only the past few months: Typhoon Tisoy (Kammuri) hit the country in November 2019, leaving Php6 billion in damages, and that was followed by Typhoon Ursula (Phanfone) in December, which left Php3.4 billion in damages.

Those are just the typhoons, the earthquakes which hit Mindanao in October and December 2019 – leaving behind billions more of infrastructure and livelihood costs, and thousands of evacuees – also left a significant dent on the coffers of the agency. And with an even lower calamity fund provided for the new year, their work could not have been any easier in dealing with Taal’s eruption.

One may say that you cannot blame the government for being ill-equipped to deal with calamities given that so many hit the Philippines every year, but that is precisely a reason why we should castigate the Duterte administration for the poor response to start with. If it is a given that the country is prone to natural and man-made disasters, shouldn’t that be the case to constantly increase the calamity fund and other disaster preparedness funding, rather than to slash it by almost half?

Sadly, this government’s priorities lie elsewhere and that is being exposed by the Taal Volcano’s eruption.