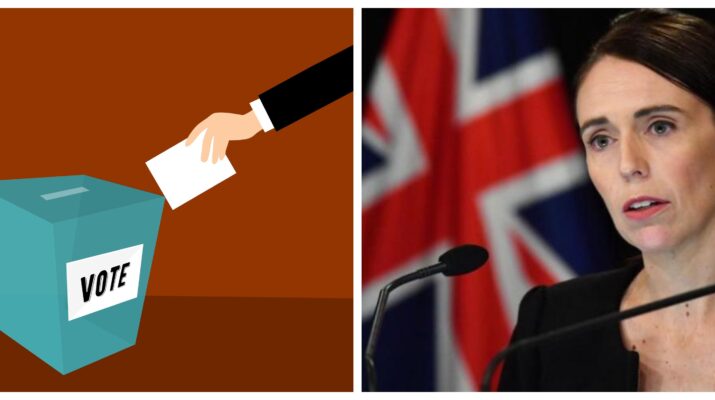 Originally set for the 19th of September, it is now unclear whether this election date will still push through after discovering new COVID-19 cases in the community this past week.

Four new cases were reported in Auckland, which prompted the Health Ministry to place the country’s most populous region under alert level 3 – a partial lockdown of the community.

The rest of New Zealand was placed under alert level 2 also, mandating social distancing and placing restrictions on the size of mass gatherings and on the operation of businesses.

Especially concerning is that the index case, or the source of these new COVID-19 cases, is yet to be ascertained. This makes it difficult for health officials to determine the full scale of the community transmissions, more so that the four positive cases had traveled outside Auckland.

The emergence of two positive COVID-19 cases in the Waikato town of Tokoroa further added to the country’s anxieties. Not only does New Zealand have community transmission of the respiratory virus, it is looking at a potential inter-region outbreak too.

As the new cases were reported and the country was placed under different alert level restrictions, the political parties eventually suspended all forms of campaigning.

It was the responsible choice, the priority for New Zealanders now is to stamp out COVID-19 rather than party politics.

This is a gamble for the political parties however: with the election date being just over a month away, they do not have much time to convey their campaign message to voters.

Alert level 3, which encompasses the entire Auckland super-city, restricts outdoor travel to essential purposes only. Working from home is strongly urged, with the only exception being those who cannot do so.

Two political parties: New Zealand First and ACT, also organised nationwide bus tours as key aspects of their respective campaigns. Naturally, with the rules against non-essential travel (especially inter-region travel), these tours have to be suspended or even called off.

There is a ban on mass gatherings of more than 10 persons (under alert level 3), which means schools and universities are suspended. Church services, concerts, and large funerals also won’t be happening.

This restriction also prevents political rallies from occurring. These gatherings are usually a “show of force” for political parties, a staple in every election campaign.

Political parties are essentially restricted from engaging effectively with voters. This presents them with an unfair advantage, how could they reach out to voters if they cannot interact with them properly?

While most of the country is only under alert level 2 (which limits gatherings to 100 people), and can realistically hold sizable political rallies, this still means that 1.5 million people (Auckland’s population) do not.

It is simply unfathomable to conduct an election campaign without one-third of the country’s population being engaged.

Many would point to social media as the answer, after all, large swathes of New Zealand’s population are social media users.

The problem is, many New Zealanders are still not on Facebook, Twitter, Instagram or TikTok – while it is unclear if this audience is a minority or not, it is still wrong for a representative democracy to simply neglect their need to hear from the political parties and candidates themselves.

Many political practitioners also prefer face-to-face, and there is nothing wrong with that.

It makes sense then that several New Zealand political parties have voiced their desire to have the election postponed.

National Party leader Judith Collins called for the election to be pushed back to at least November, citing the difficulties other parties will have in campaigning.

National’s partner in opposition, the one-man ACT Party, have also pushed for a postponed election date. Its leader David Seymour said New Zealand couldn’t have a “free and fair” election while part of it was locked down.

In a letter addressed to the Prime Minister, he said that because lockdown restrictions in our country’s most populous city will be in place until the 26th of August – less than a week before early voting begins – the ability for parties to campaign is “fatally compromised”.

View this document on Scribd

All three parties make a solid point, that an election cannot be considered “free” nor “representative” if the ability of voters to interact with the parties and candidates contesting the election are severely restricted.

There is also no guarantee that the current alert levels will remain the way they are after August 26th.

It can be remembered that these levels were installed for an initial three-day period, but was extended after officials still could not ascertain the cause nor full extent of these new community transmissions.

New case numbers are also being reported daily, on the 16th of August – a day before Ardern’s big announcement – 12 new cases of COVID-19 were reported in the community. That is an increase of the seven new community cases reported a day prior.

And perhaps the elephant in the room: it is still uncertain where these new cases of COVID-19 came from. Kiwi scientists have successfully identified the “family” of this latest virus outbreak, and it is not the same strain that plagued the nation during our first wave of the outbreak.

September 19 gives too little time to allow other parties to conduct an effective election campaign. At the same time, the Labour Party – who lead the government – should also devote all its focus on stamping out the virus outbreak rather than to campaign themselves.

With these in mind, it makes sense to postpone this year’s general elections to a later date. This will ensure the legitimacy of its results, guaranteeing that it is the people’s informed choice, and will also lessen the health risk of COVID-19.