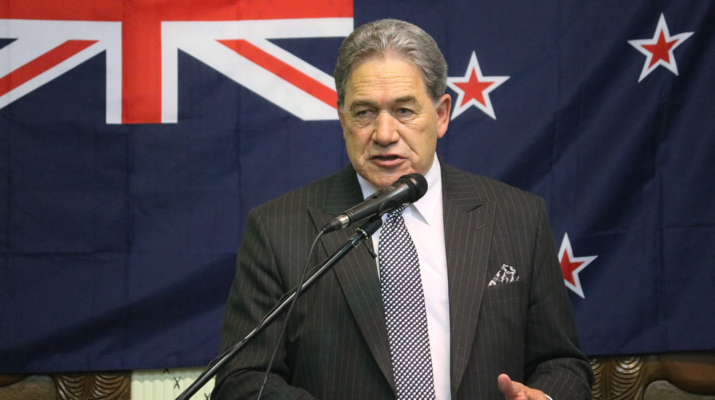 With New Zealand moving to alert level 3, Parliament resumed in limited numbers on the 28th of April. As is customary, the leaders of the different political parties each made an address to sound off the beginning of the sitting week cycle – the most noteworthy of which was that of the Rt Hon Winston Peters of New Zealand First. (Watch video below)

The Deputy Prime Minister summarised in that 10 minute speech what his party had been advocating for in its nearly 27 years of existence: New Zealand needs a radical departure from its present-day neoliberal system.

If we want to rise up from the ashes of the COVID-19 pandemic radical changes have to be made, according to Peters. He then outlined the distinct reforms a future New Zealand economy will have:

The NZ First leader’s speech emphasized the long-standing pillars of his Party: a self-sufficient economy, employment for its own citizens first, and a rebuke of the sale of national assets to foreign entities.

Far greater autonomy for the economy means restoring most of New Zealand’s lost manufacturing capabilities. Mr Peters mentioned how the country used to have the capabilities for vehicle and pharmaceutical production, but were later lost to an increasingly globalised world.

The Deputy PM also criticized the country’s trade policy, which he described in an interview with NewstalkZB as being too reliant on China. Peters told host Mike Hoskings that New Zealand “went into one product” (milk/Fonterra) with “one buyer” (China).

Indeed, our dairy exports to China suffered greatly at the onset of the COVID-19 pandemic. However, other industries such as forestry, tourism, and export education were also decimated when global travel restrictions kicked in.

This over-reliance on exporting raw materials to the Chinese market was echoed by the Trade Minister himself, David Parker, who said New Zealand “needs to diversify” and avoid over-reliance on a single market. He stated that the current government was cognisant of this deficiency in our trade policy, hence why it prioritised major trade accords such as the European Free Trade Agreement.

However, what Parker is suggesting is much tamer compared to what Peters set out in his Parliamentary speech. The NZ First leader was not only interested in finding new markets to export to, but to rethink our export products entirely.

A long standing policy of NZ First is to add value to exports, rather than just selling raw materials we process it into furnished goods first before exporting. Instead of selling timber, we process it into marketable goods such as plywood and beams which have better prices.

In order to do that, we would have to restore our processing plants and workshops that can perform these tasks. It makes sense to do so, as it would also mean more jobs for New Zealanders in addition to adding value to our exports.

Treasury has already predicted that unemployment could surpass the 10 per cent mark due to the Covid-19 crisis. Other economists fear that number could soar exponentially higher, reaching 30 per cent depending on other factors.

Regardless of the eventual figure, thousands of New Zealanders will be without jobs as the pandemic ravages our economy. Our recovery cannot be left to the free market to sort out, the State has to take a more interventionist role.

It is precisely that pro-active function of government that Winston Peters and NZ First are calling for. What better way to spur the economy than by investing in our productive economy, reviving our manufacturing prowess while at the same time providing jobs to so many unemployed New Zealanders.

Another NZ First and Cabinet member, Infrastructure Minister Shane Jones, has previously announced a large-scale construction drive to stimulate the economy. The Minister teased a return of the now-defunct Ministry of Works (MoW), the state-owned construction operation that built most of the public infrastructure of the mid-20th century.

That is another example of the state taking a more active role in reviving our economy, rather than relying solely on market forces to take New Zealand out of the economic abyss. It is what Peters, Jones, and the NZ First party are calling for – economic nationalism that caters to the needs of our country first.

With the grim forecast of what a post Covid-19 New Zealand will look like, we can expect the Coalition Government to turn to radical solutions. After all, drastic times call for drastic measures.

This was stated loud and clear by the Deputy Prime Minister himself, telling Mike Hoskings: “Anyone who thinks that post-Covid-19 will be business as usual can forget it. If they think we can go back to what we used do, they’re wrong.”

Given that Mr Peters founded a party centred on a rebuke of globalisation and a return to economic self-reliance, we should expect a radical departure from the present-day neoliberal system. The Covid-19 pandemic has plunged the country into worrisome times, thankfully someone near the helm knows of an alternative system to help us recover from it.