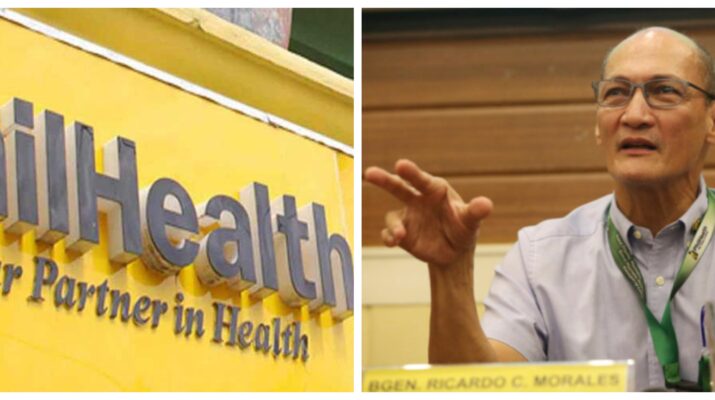 Amidst the COVID-19 pandemic afflicting tens of thousands of Filipinos, the officials of national insurance company – PhilHealth – are showing symptoms of a disease long familiar to the country, corruption.

A Senate inquiry into the long-running PhilHealth corruption scandal heard this week that the government agency “potentially lost” between Php10-15 billion in 2019 alone.

And much like the over 2,000 Filipinos who have succumbed to the deadly respiratory illness, the Philippines learned in horror today that the government agency is facing near demise due to anomalous spending.

If the pandemic persists, the agency only has one year of actuarial life left. This was laid bare by Nerissa Santiago, Acting PhilHealth Senior VP, before shocked members of the Senate.

In the same Senate hearing, PhilHealth president Ricardo Morales disclosed that Php10.2 billion was lost to fraudulent transactions in 2019.

Although the two top-ranking agency officials could not agree on the full extent of the fraudulent transactions, it is clear that the amount of losses millions of PhilHealth members lost is exorbitant.

The two men also had conflicting views on how the funds were plundered. Morales pinned the blame on benefit fraud, which he says is the reason the agency embarked on a multi-billion peso IT upgrade project.

However, it was precisely that IT upgrade project that led to the Commission on Audit’s (COA) investigation on PhilHealth in the first place. According to Keith, the agency’s Php2.1 billion purchase of ICT equipment was anomalous.

This contributed to his decision to resign as the agency’s anti-fraud legal officer only a few weeks before the start of the Senate probe.

Alejandro Cabading, an accountant and member of PhilHealth’s Board, also confirmed Keith’s allegations. He testified that documents were fabricated to reflect the price of technological hardware as being quadruple the approved budget.

An example of which is the purchase of two sets of laptops, one costing Php4.11M (US$83,000) and another Php115M (US$2.3M). Transactions also showed that a subscription of the Adobe Master Collection software costed the agency Php21M (US$428,529).

These revelations were incredulous, but even more astonishing is that Morales downplayed allegations of corruption in the IT equipment purchase.

Instead, the PhilHealth CEO insisted the amount lost to the anomalous procurement transaction was “paltry” compared to the amount the agency loses each year to fraud.

Again, Morales pinpointed at the rampant cases of fraud the agency falls victim to. Among these include paying for dialysis treatments of non-existent clients; it was this reason why Morales assumed office in the first place, to fix the mess left behind by his predecessor.

However, the PhilHealth CEO promoted agency officials who were linked to the 2019 “ghost dialysis” corruption scandal instead.

When grilled by Senators during the inquiry, Morales first stated that he was not aware the officials he promoted were facing cases linked to the infamous “Wellmed Ghost Dialysis” controversy.

Later, the PhilHealth CEO justified their promotions saying that sacking those individuals would have been “too disruptive for the corporation”.

What ever the case may be, Morales has blatantly reneged on his vow to clean-up the agency when he assumed office. Either that, or he capitalised on the need to revamp PhilHealth to fulfill his personal agenda.

Undoubtedly fraud exists within the agency. The “ghost dialysis” scandal of the previous year wasn’t an isolated case either, PhilHealth reports that there are over 5,000 members who are aged 130 years old in their databases.

Anyone would be highly skeptical of that statement, considering the world’s oldest living person is only 112 years old. It also pays to realise PhilHealth was only established in 1995, which means these individuals would have been 105 years old upon enrollment.

Fraud is certainly a reality within the state-run health insurance provider, and a potent source of corruption for its officials, but the designated panacea for this malady has created an entirely new corruption scandal in of itself.

As the agency loses all these funds to corruption, the loser in the end are its membership – composed of low- and middle-income households – who rely on PhilHealth’s benefits.

While COVID-19 continues to ravage the country, the only fallback option many Filipinos have is also being ransacked.

Thousands of lives have been taken in the wake of this pandemic, but soon the very institution many households rely on for their healthcare needs may face its demise also.

One thought on “Philippines: PhilHealth is ailing with a virus called ‘corruption’ and it is facing near demise”