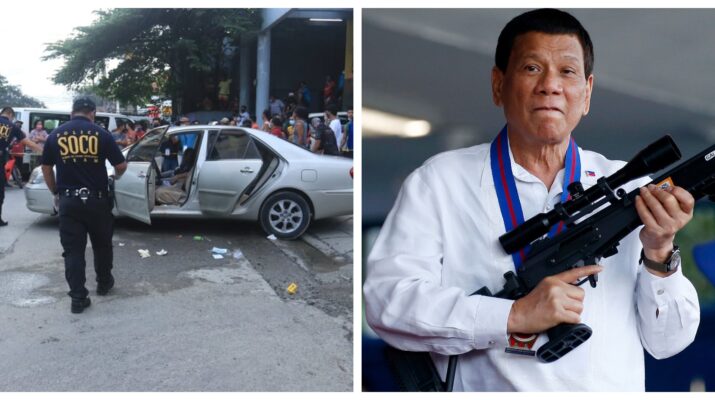 Another human rights lawyer has been extrajudicially killed in the Philippines.

On the afternoon of Thursday, 26 August lawyer Rex Fernandez was ambushed by unidentified assailants in Cebu City. The veteran human rights defender was shot dead, while his personal driver was injured.

Fernandez was a founding member of the National Union of People’s Lawyers (NUPL) – a non-profit organisation of legal practitioners in the Philippines engaged in human rights work. As one might expect, his work got him involved in many controversial cases.

The victim is the third lawyer to be killed in Cebu Province in less than a year. He is also the 64th legal practitioner to be extrajudicially killed since President Rodrigo Duterte rose to power in 2016.

Violence towards lawyers, judges, paralegals and other legal practitioners have become commonplace under the Duterte administration. It should not be a surprise considering the President’s constant demonisation of human rights since assuming office.

Speaking to reporters in August 2016, Duterte made his sentiments towards the subject known: “I don’t care about human rights, you better believe me”. He was talking about his infamous “war on drugs”, reiterating his orders to his police force to “shoot to kill” when pursuing drug suspects.

Duterte was openly encouraging his officers to be trigger-happy, to eschew any concept of restraint during their anti-narcotics operations. The records show that the police force really did take the President’s comments seriously: a report released last year by the Office of the High Commissioner for Human Rights (OHCHR) of the United Nations estimated the death toll of this drug war to be at 8,663.

As Amnesty International puts it, Duterte’s regime has been a “human rights nightmare“.

With such little regard for human rights, it comes as no surprise that the defenders of human rights have found themselves under attack also. The bloodbath has permeated beyond drug users and dealers, but to legal practitioners too.

Fernandez’s killing, ambushed in broad daylight by unknown assailants, has become a familiar sight under Duterte for human rights activists, advocates, and defenders.

It was only last month when lawyer Sitti Gilda Mahinay-Sapie was also murdered – shot dead by a sniper – just outside her residence in Davao City. A month prior, prosecutor Victor Begtang Jr. of Ilagan City, Isabela was gunned down by motorcycle-riding assassins.

It is very telling when a lawyer is seemingly killed every month under your watch. In both cases, police are yet to obtain a conviction or even try suspects.

Last March, human rights law Angelo Karlo Guillen was attacked in Iloilo City – fortunately, he survived but was left with severe injuries to his face. He was one of the lawyers who filed petitions challenging the constitutionality of the draconian Anti-Terror Law passed by the Duterte-aligned Congress last year.

Guillen also serves as counsel for the 18 indigenous Tumanduk tribal leaders who were arrested for defending their ancestral land against the planned construction of a new dam. They were apprehended by police and military forces in December 2020.

For daring to question key legislation of the Duterte administration, and for defending indigenous people wanting to preserve their land, the lawyer suffered a gruesome attack that nearly cost him his life.

And Guillen should definitely be grateful considering many before him were not as lucky.

In November 2018, lawyer Benjamin Ramos was shot dead in Negros Oriental by two unidentified assailants. Like Fernandez, the former was also a founding member of the NUPL and handled cases involving human rights.

Ramos also served as lead counsel for the so-called ‘Mabinay 6‘ – six youth leaders who were arrested in the town of Mabinay for allegedly being combatants of the revolutionary New People’s Army (NPA).

But before Ramos could secure an acquittal for the six young activists he was assassinated by hostile forces. Three years on and there is yet to be a single person put on trial for his murder.

However, only months before his slaying Ramos was profusely “red-tagged” or falsely accused of being an NPA rebel himself. It was reported that the lawyer was included in posters, depicting a hit-list, of alleged sympathizers of the communist rebel group.

When a lawyer or legal counsel is killed, it is instinctive that we turn our attention to the cases they handled and who the opposing entities were from the people they represented. After all, it is those entities who stand to benefit from the lawyer’s demise.

Thus, when the opposing entity in the cases these slain lawyers represented is the State it is normal that we cast our suspicions on the government also.

After all, considering Duterte’s hostility towards human rights you can also deduce that he doesn’t have time for human rights defenders either.

And when he commands his police and military to “shoot to kill” and disregard any conventions surrounding human rights, it should not come as a surprise that human rights lawyers and other legal practitioners have suffered under his regime.

While it is too early to accuse the Duterte government of being involved in Fernandez’s killings, it is not premature to criticize it for the spate of killings targeting legal practitioners.

President Duterte needs to resolve this series of killings with as much determination as his failed war on drugs and ensure it stops. The easiest and most expeditious way he can begin to stymie these senseless killings is to stop demonising human rights.