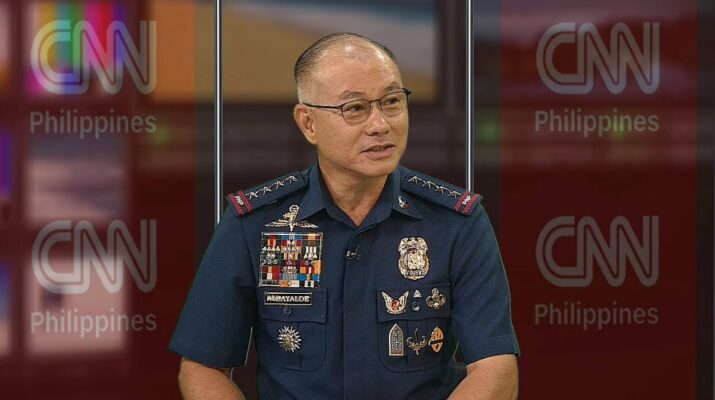 The Department of Justice (DOJ) has found probable cause to indict former Philippine National Police (PNP) chief Oscar Albayalde on charges of graft and corruption, in relation to the infamous 2013 Pampanga drug raid.

That case brought to prominence the term, “ninja cops“, or crooked cops accused of reselling illegal narcotics they seize in anti-drugs operations, like the one in Pampanga where the police involved were accused to have kept 160 kilos of shabu (methamphetamine) from the contraband confiscated. The case shed light on a long-running police practice of profiting from narcotics obtained in legitimate operations and falsifying police reports in the process.

In September 2019, the Senate was conducting hearings on the irregularities surrounding the Good Conduct Time Allowance (GCTA) policy which afforded high-profile, heinous criminals reduced prison sentences in exchange for pay-offs. In the process, the inquiry discovered that a major anti-narcotics crackdown in Mexico town, Pampanga in 2013 was riddled with anomalies itself — with a retired PNP officer saying that the police report surrounding it was doctored to declare only a fraction of the volume of contraband seized.

That testimony by retired Police General Manuel Gaerlan, was borne out of further investigating the details of the 2013 Pampanga raid. The latter, who was the deputy regional director for operations in Pampanga in 2013, revealed that the police operatives claimed to have seized 36 kilograms of illegal drugs, but the Police General uncovered that the actual amount seized was actually 200 kilograms.

Hence, there was an almost 160 kilogram deficit in the narcotics turned over to the PNP. Albayalde was the provincial police director of Pampanga during that raid, meaning he directly oversaw the proceedings of that anti-narcotics mission, and the buck (largely) stops with him regarding these anomalies.

During those Senate hearings last year, Albayalde was grilled as to why these irregularities left largely unnoticed. Blue Ribbon Committee chairman Sen. Richard Gordon noted various violations of protocol, including the absence of Philippine Drug Enforcement Agency (PDEA) personnel in conducting the raid and why the police officers involved had inconsistent testimonies.

Sen. Gordon’s concerns are largely identical to that of former PNP chief Alan Purisima regarding the Pampanga raid, which led to the latter dismissing Albayalde as Pampanga chief in 2014 citing these multiple discrepancies. The former PNP chief also became suspicious of the anti-drug operation when the 13 police operatives involved bought brand-new expensive vehicles simultaneously, following that raid.

Benjamin Magalong, former director of the PNP’s Criminal Investigation and Detection Group (CIDG), testified that he was approached by Purisima to investigate how these police operatives could suddenly afford these opulent vehicles. The former, who is now the mayor of Baguio City, revealed that upon further investigation he found out that the policemen had lied about the amount of narcotics they seized, and also that the Chinese national who was behind the illegal drugs was allowed to escape after a pay-off of Php50 million.

The police unit arrested a Chinese man named Ding Wengkun from that raid, but in reality the operation targeted another foreigner named Johnson Lee, who was able to flee during the course of the police operation. The latter, however, would be detained by barangay officials and turned over to the police — who then allowed him to go scot-free, in exchange for a Php50 million bribe.

Wengkun was only nabbed at the Clark Freeport Zone, rather than in the warehouse where the contraband was discovered and seized. Magalong recalled that witnesses of the arrest were confused when they were shown photos of the former, as they adamantly told he “was not the guy [the barangay tanods] apprehended”.

Another glaring irregularity of the entire fiasco was that the 13 police officers involved in the raid were ordered dismissed in 2014, however, they were only served with the official papers in March 2016 — two years after the original order was given. The members of the Blue Ribbon Committee were flummoxed as to why it took so long to issue the dismissal orders, and could only muster ambiguous responses from the police officials questioned.

When the dismissal order was issued in 2016, the erring police officers immediately filed for appeal — thereby prolonging the process further. By 2017, under the leadership of a new PNP chief – Chief Supt. Amador Corpus – the order for dismissal was reverted and the 13 police officers were merely demoted by 1 ranking.

Aaron Aquino – who at that time was the Central Luzon regional police chief – revealed that Albayalde personally contacted him between July to December 2016 to inquire about the case status of the 13 policemen. According to Aquino, the dismissed Pampanga chief asked him to conduct a “review” of the case before proceeding with any further action against the police operatives.

Senator Gordon called that correspondence between the two men as “inappropriate”, and rightly so. There was a clear conflict of interest, the only reason Albayalde would risk pursuing that avenue is if he truly feared that he could be implicated in the process.

If the testimonies given to the Senate’s Blue Ribbon Committee are truly accurate, then the smoking gun evidence against Albayalde would be the testimony from another retired Police General Rudy Lacadin. The latter said that the former admitted to him in a phone call that he did received a pecuniary gain from that pilfering of illegal drugs during the 2013 Pampanga raid.

Lacadin was among those tasked to conduct further investigation into the irregularities of that raid, and when Albayalde discovered this the latter allegedly initiated a phone conversation with the Police General – as what he did with Director-General Aquino also – in an attempt to clear his name. Evidently, Albayalde denied the accusation during the Senate inquiry, calling it as “part of a conspiracy” to bring him down — but with two different individuals describing the same behaviour from him, it is really difficult to believe the beleaguered former Police chief.

Now it seems the DOJ also shares that sentiment, formally allowing charges to be pressed on Albayalde for the blatant corruption surrounding the 2013 Pampanga raid. If he truly is innocent, as he tried to persuade Aquino and Lacadin, he should be able to mount a solid defence to save himself — otherwise, a crooked cop will fall to the force of the law.