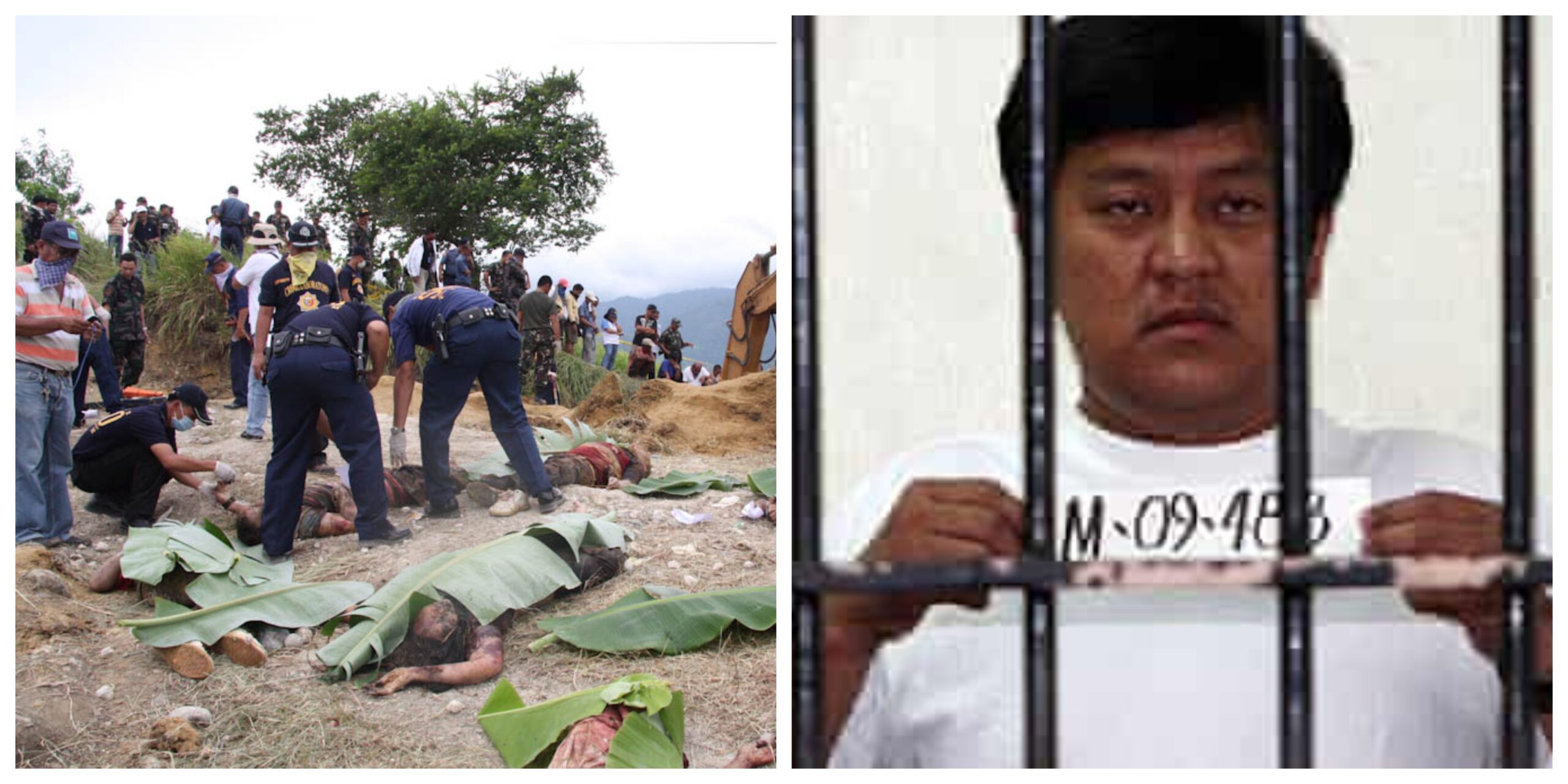 In the early morning of November 23, 2009 a group of journalists convened at the private residence of Khadafeh Mangudadatu, the brother of Esmael “Toto” Mangudadatu – a local government politician who has expressed his intention to run for governor of Maguindanao province. The latter’s candidacy meant that he would be challenging the local warlord clan, the Ampatuan family, who have held the office for decades.

Those journalists were gathered to accompany the Mangudadatu family and their team to formally file a certificate of candidacy (COC) at the Commission on Elections (COMELEC) office in the provincial capital.

Maguindanao already had a reputation of being a hotspot for election-related violence, the province – part of the then-Autonomous Region of Muslim Mindanao (ARMM) – was known to be controlled by local warlords, who retained private armies that harassed voters and political rivals.

The Ampatuan family was the most feared warlord clan in the province, and governorship of Maguindanao had been held by Andal Ampatuan Sr., the clan’s patriarch, for three consecutive terms. As per the 1987 Constitution, he had reached his term limit and cannot run in the upcoming election.

Toto Mangudadatu was going to face the Ampatuan patriarch’s son and namesake, Andal Ampatuan Jr. It was a controversial contest because the elder Ampatuan won three consecutive terms as governor unopposed, it would have been the first time the family’s mandate in the province will be tested.

Undoubtedly, the fear factor of running against a powerful warlord family intimidated any rival from challenging Andal Sr. in those election cycles. And the threat involved is the reason why Mangudadatu sought the help of the media to begin with.

The challenger revealed that he had received death threats from the Ampatuan clan for running against them in the elections. Mangudadatu said he was told he would be “chopped into pieces” if he files his COC; he asked for protection from the Philippine National Police (PNP) and the Armed Forces of the Philippines (AFP) in light of these threats, but both agencies declined to assist him.

Facing desperation the challenger turned to the media to protect him instead: “Maybe they will not harm us if journalists are watching them,” Mangudadatu said in an interview shortly after the massacre. Unfortunately, the threat of being exposed by the media was not enough to scare the powerful Ampatuan family.

The entourage never made it

That morning, an entourage of 37 journalists, together with a dozen or more members of the Mangudadatu clan, were on their way to the COMELEC office to bear witness to the filing of Toto’s COC. They never made it.

Their convoy of six vehicles were stopped at a checkpoint by combined forces of the Philippine National Police (PNP) personnel, soldiers of the Armed Forces of the Philippines (AFP) and the Ampatuan family’s private army. Around 200 armed men swarmed their entourage, led by Andal Jr. himself, and ordered that the people from Mangudadatu’s convoy disembark their vehicles.

At around 11 a.m., gunshots were heard by residents living nearby. A seventh vehicle, carrying media men, was part of the entourage also but encountered engine troubles along the way; hearing the fracas ahead of them, this vehicle decided not to continue and the individuals inside became survivors of what would be a heinous crime.

When the entourage did not arrive at the COMELEC office to meet Toto Mangudadatu, the help of the Philippine Military was sought. The soldiers, who were told that armed men have held hostage a contingent of people, dispatched a helicopter to the location where the convoy was last seen.

The six vehicles belonging to the convoy, along with an excavator, was found in the vicinity of where they were informed the entourage was held up. What they initially believed to be a case of an abduction or a highway robbery turned out to be far worse.

Responding soldiers found dozens of dead bodies lying across the ground, boring gunshot wounds. The excavator indicated that the perpetrators – who fled the scene after being spotted by the Army helicopter – have been digging in the vicinity.

Those soldiers also discovered shallow graves in the area, containing dozens of dead bodies who were part of the supporters’ convoy of Toto Mangudadatu. One grave had 24 bodies alone, which included the latter’s wife and his three sisters, who had the documents needed to file his COC.

Fifty-eight people were killed, nearly half of them believed to be journalists.

The word “believed” is used because many of the bodies were found mutilated, only 25 of the 34 journalists who were abducted and killed could be identified. Forensics also discovered that every female victim of the massacre had been shot in the genitals – this included Mangudadatu’s wife, Genalyn, and his sisters.

Almost instantaneously, then-President Gloria Macapagal-Arroyo declared a state of emergency in the province of Maguindanao and sent military reinforcements to pursue the private army of the Ampatuan clan. She was placed in an awkward position, the Ampatuan family were her political allies and were even members of her political party, Lakas-Kampi-CMD.

Exposing the state’s complicity to the heinous crime, it was revealed that 65 soldiers and police personnel were part of the force that rounded up and summarily executed Mangudadatu’s convoy. The excavator that was used to dig up the mass graves was paid for by the province’s taxpayers, and bore the markings: “Property of the province of Maguindanao – Gov. Datu Andal Ampatuan Sr.”

Of course the magnitude of the crime shocked the Filipino public, but the fact that a warlord family could be as audacious as to use members of the police force, the military, and taxpayer-funded property to commit this atrocity added further to their disgust.

It also begs the question: would the Ampatuans even dare think of committing such a heinous act if they were not close allies of the sitting president?

Not only was the Ampatuan Massacre an unprecedented level of injustice, it also became known as the single worst attack on journalists in the world – with 34 journalists perishing for doing their jobs.

A total of 197 people were indicted for the gruesome mass murder, including Andal Sr., and Jr., and two more family members, the latter’s brothers Zaldy and Sajid Ampatuan. The Ampatuan clansmen only surrendered after threats that their mansion would be invaded by the military if they did not voluntarily turn themselves in.

A raid on their mansion-complex in Maguindanao yielded a weapons cache enough to arm an entire army for battle. The military discovered 887 firearms inside the Ampatuan residence, enough to equip two battalions.

An endless supply of ammo as well as explosives and bomb-making supplies were also found at their residence, demonstrating that the powerful family had adequate equipment to take on even the Philippine Military. But even more eye-catching is that these weapons had the markings of the AFP emblazoned on them, which meant that these firearms are property of the Military themselves.

How did taxpayer-funded killing machines intended to equip Filipino soldiers end up in the hands of a warlord family, which they used to commit such atrocity?

The AFP defended themselves by saying only 32 firearms recovered from the Ampatuans belonged to them. But regardless, how did the warlord clan even manage to accumulate that many firearms without setting alarm signals with state law enforcement agencies to begin with?

It is also shocking that members of the Military, the Police, and of the state-run paramilitary units such as the Citizen Armed Force Geographic Unit (CAFGU), aided that the Ampatuans in the brutal massacre. To whom do these soldiers, police officers, and militiamen owe their loyalties to, the State or the Ampatuan family?

It is no doubt that the Ampatuan family are powerful and perhaps that is the reason why despite how blatant the crime was, ten years later justice is yet to be served. It is said that a verdict will finally be handed down on the massacre’s alleged mastermind, Andal Jr., on the 20th of December – but that date was already an extension of the previously set timeline.

His father and namesake, Andal Sr., passed away in 2015 – somewhat evading the weight of the law. It is his three sons, Andal Jr., Zaldy, and Sajid, who are the principal accused, and will face judgment next month.

However, only the former two are behind bars. Sajid Ampatuan was freed on bail in 2015, and even continued his family’s political dynasty by winning as mayor of Shariff Saydona Mustapha town in Maguindanao. That a member of the family accused of perpetuating one of the worst massacres in Philippine history could somehow be voted into power once again in the same province the bloodshed happened baffles the mind.

As this infamous event becomes a decade-old, one must reflect at how a powerful family defied all the protections afforded to citizens by the State and managed to commit such an atrocity.

Why didn’t the military or police storm the family when they were known to have a large private army, equipped with modern weapons?

How did they manage to get their hands on taxpayer-funded weapons intended for the Military?

How could soldiers and police officers, employed by the State, willingly join the family in their brutal crime?

Had the rule of law prevailed, the Ampatuan Massacre would never have happened. But alas, it did, and this example of impunity is perhaps one of the most gruesome we will hear in modern times.