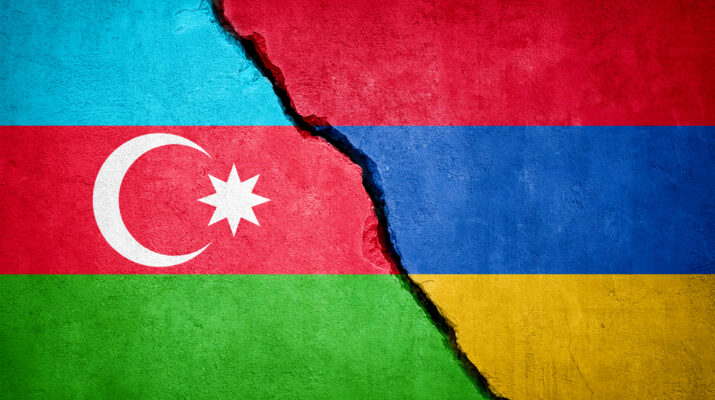 Nagorno-Karabakh, a territory long disputed by Armenia and Azerbaijan, has sparked fresh clashes between the two Central Asian countries again.

Fighting between these two countries isn’t new, they have been bitter rivals ever since they were founded almost a century ago.

But the struggle for Nagorno-Karabakh has been the crux of their feud. Wars were fought as early as the 1980s for this disputed region inside Azerbaijan.

It also isn’t the first time this year that Armenia and Azerbaijan have clashed over the territory; in July artillery was fired from both sides leading to several casualties.

This latest round of fighting, however, which erupted in the early morning of 27 September, is far more serious compared to that in July.

The United Nations have already called for an immediate cessation of hostilities between the two countries. Major cities have also been hit by artillery shells, and most concerningly regional powerhouses, Turkey and Russia, are seemingly prepared to back their respective allies.

Though located inside Azeri territory, Nagorno-Karabakh functions autonomously from the government in Baku.

Governed by ethnic Armenians, who receive support from Yerevan, this self-governing region considers itself to be a sovereign entity called the Republic of Artsakh.

There are strong motivations for the Artsakh Republic to break from the Azerbaijani government and align itself with Armenia instead. Its population is overwhelmingly Christian and while the lingua franca is Armenian.

This came about due to both Armenia and Azerbaijan’s integration into the former USSR. As migration between the two sides happened a large diaspora community of ethnic Armenians began to situate within Nagorno-Karabakh.

Strongly identifying with Armenia, the Artsakh Republic made many attempts throughout the 20th century to join the larger country and breakaway from Azerbaijan.

With the Soviet Union withering away in the late 80s, the people of Nagorno-Karabakh held an independence referendum in 1991.

Azerbaijan strongly rejected this and attempted to suppress the growing independence movement inside the breakaway region. With the support of Armenia, the separatist movement in Nagorno-Karabakh fought a brutal six-year war with the Azeri government.

A Russian-brokered ceasefire quelled fighting in 1994 but at that time Armenian forces had already taken control of the region.

Since then, Nagorno-Karabakh has been under the control of ethnic Armenians but continues to be claimed by Azerbaijan.

This stand-off has been the flashpoint for many clashes between the two countries in the last twenty or more years. A four-day war in 2016, for example, led to hundreds of fatalities and the destruction of large communities.

But this latest chapter in the rivalry between Armenia and Azerbaijan could prove to be worse than that 2016 episode. The fighting has lasted for more than 10 days and major cities in both sides have been targeted with artillery fire.

The targeting of civilian populations by both sides has been condemned by the international community and is further proof of the severity of this fresh round of fighting.

But the global fraternity will be more worried about the involvement of Turkey in this conflict, who Azerbaijan counts as its closest ally.

Armenian Prime Minister Nikol Pashinyan has accused Turkey of wanting to ‘reinstate the Ottoman Empire‘ and have accused Turkish mercenaries of aiding Azeri forces in this conflict.

Early in the conflict, Armenia claimed that one of their fighter planes was shot down by a Turkish F-16 jet inside its own borders.

Azerbaijan itself confirmed that they have used Turkish-supplied drones in the campaign to retake Nagorno-Karabakh. This has led to Canada to suspend all arms exports to the latter country in light of their involvement in the conflict.

Syrian militias allied with Turkey in the Syrian Civil War against the Kurds are also reportedly fighting alongside Azeri forces against Armenia.

This claim was substantiated by French President Emmanuel Macron himself, saying “Syrian fighters from jihadist groups” have transited into the theatre of war in Nagorno-Karabakh.

He also condemned Turkey’s “reckless and dangerous statements” in support of Azerbaijan, after Ankara announced that they were “fully ready” to help its allies recover the Armenian-governed enclave.

Many experts believe Turkey’s rhetoric has emboldened Azerbaijan and discourages the country from considering a cease-fire. This only prolongs the conflict, much to the chagrin of the international community.

This would not be the first time Turkey got involved in the feud between Armenia and Azerbaijan, they came to their allies’ aid during the 2016 conflict as well.

The extensive involvement of Turkey in this conflict could then pull Russia to support Armenia as the two countries have a defense pact in place.

While Armenia and Azerbaijan have had many clashes in the past few decades, the looming involvement of regional titans makes this latest episode of fighting worth paying attention to.