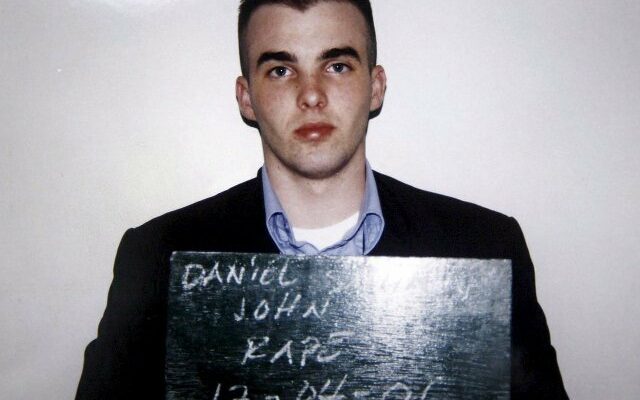 President Rodrigo Duterte has found another reason to verbally attack the United States government, as one of his most loyal henchmen – former Police chief, now Senator Ronald “Bato” dela Rosa – had his visa to the North American country cancelled due to the latter’s involvement in the so-called “war on drugs”.

It was previously reported that two U.S. Senators – Dick Durbin (D-IL) and Patrick Leahy (D-VT) – moved to restrict travel of Philippine government officials involved in the “wrongful imprisonment” of Filipino Senator Leila de Lima. It follows the Global Magnitsky Act, which is a tool used to impose sanctions of human rights abusers from all over the world, and it now appears it has been applied on public officials who played a role in President Duterte’s infamous crackdown on illegal drugs.

Senator Dela Rosa has ever reason to be included in the global outrage on the thousands of extrajudicial killings under the Duterte regime, he served as the President’s chief of police from 2016 to 2018. But obviously, this latest development did not sit well with the Philippine head-of-state and has prompted him to “retaliate” against the U.S. by threatening to cancel the Visiting Forces Agreement (VFA) — a bilateral agreement between the two countries allowing the visit of U.S. military forces in the Southeast Asian country.

This threat by President Duterte is humorous because it is hard to understand how the U.S. would be affected by the agreement’s nullification, after all the military superpower has similar defence agreements with regional neighbours Singapore and Malaysia. In addition, the VFA is also not the only military pact the Philippines has with the American government — there are also the Enhanced Defence Cooperation Agreement (EDCA) and the Mutual Defence Treaty (MDT).

But above all, what makes this “threat” laughable is that there are many valid reasons to criticize the VFA even before Senator Dela Rosa’s visa cancellation. Simply put, the military agreement allows U.S. military personnel and their equipment to enter the Philippines while giving the U.S. government jurisdiction over them in case they commit crimes while in the country.

That provision is problematic because it virtually gives American security personnel a free pass if they violate Philippine laws. There have been many examples of that happening since the VFA was ratified in 1999.

In 2005, a woman identified only as “Nicole” accused four U.S. marines of raping her at the Subic Bay Freeport Zone — a former American naval base in the country. Her story stated that she and a friend were in a bar in Subic when they met the American soldiers later identified as Staff Sergeant Chad Carpentier and Lance Corporals Dominic Duplantis, Keith Silkwood, and Daniel Smith (the main accused).

Nicole’s friend would lost sight of her later on, and would only find the victim heavily intoxicated and crying profusely at the Alavar Pier with a condom sticking out of her underwear. Several witnesses surfaced who claimed to have seen the victim board a van with the U.S. marines in question, Nicole would later testify that she was raped by L/Cpl. Daniel Smith inside the van.

In December 2006, after a year of trial, a Manila court found L/Cpl. Smith guilty of rape but acquitted his co-accused S/Sgt. Carpentier and L/Cpls. Duplantis and Silkwood. The guilty was sentenced to forty years in jail, but shortly after the verdict was handed down Smith was instead turned over to the U.S. embassy — citing provisions of the VFA.

Hence, rather than suffering under the squalid conditions of a Philippine prison – as any criminal found guilty by our court would – Smith was instead confined within the premises of the U.S. Embassy. It was a move that greatly outraged the public, showing that American soldiers who commit crimes in the country can easily avoid serious punishment.

The Filipino public were again treated to the consequences of the VFA in 2014, when a transwoman named Jennifer Laude was found strangled to death in a motel room in Olongapo City, not far from where “Nicole” was raped less than a decade prior. The deceased checked in to the motel with a Private First Class Joseph Scott Pemberton, a U.S. marine who was in the country for joint military exercises with Philippine counterparts as part of the VFA.

It was alleged that Pemberton did not realise that Laude was a transwoman, and upon finding out was enraged to the point where he strangled her to death. The victim was found face first in a toilet bowl, with blackened bruises marking her neck; the accused U.S. marine was found guilty of homicide and sentenced to six to 12 years in prison in 2015.

But as we saw in the 2005 rape of “Nicole”, the U.S. government again assumed custody of Pfc. Pemberton even though Philippine Judge Roline Ginez-Jabalde ordered the American soldier to be detained at the New Bilibid Prison. Instead, the convict was confined in an American military complex, guarded by U.S. security personnel.

It should also be noted that despite being subpoenaed, four U.S. military personnel who would have served as key witnesses, were able to leave the country during the course of Pemberton’s trial. Their flippant behaviour towards the Philippine judicial system was a slap in the face of our national sovereignty and a blatant disrespect of our laws.

These imbalances in the Philippines’ bilateral ties with the U.S. are bigger problems for the country than Sen. Dela Rosa’s travel visa. The precedent set by visiting American soldiers in the past wherein they are able to evade our justice system should be a greater source of scorn for President Duterte, and should form the basis of his opposition to this bilateral agreement.

But instead, the Philippine President is using the issue of the VFA to get back at the U.S. government for criticizing his drug war and imprisonment of political foe, Sen. Leila de Lima. BAYAN secretary-general Renato Reyes said President Duterte is using the military agreement as a “bargaining chip” to save his reputation, rather than scrutinizing it on its implications on Philippine law and our national sovereignty.

There is ample reason to cancel the VFA, even without taking into account Sen. Bato dela Rosa’s U.S. visa status.