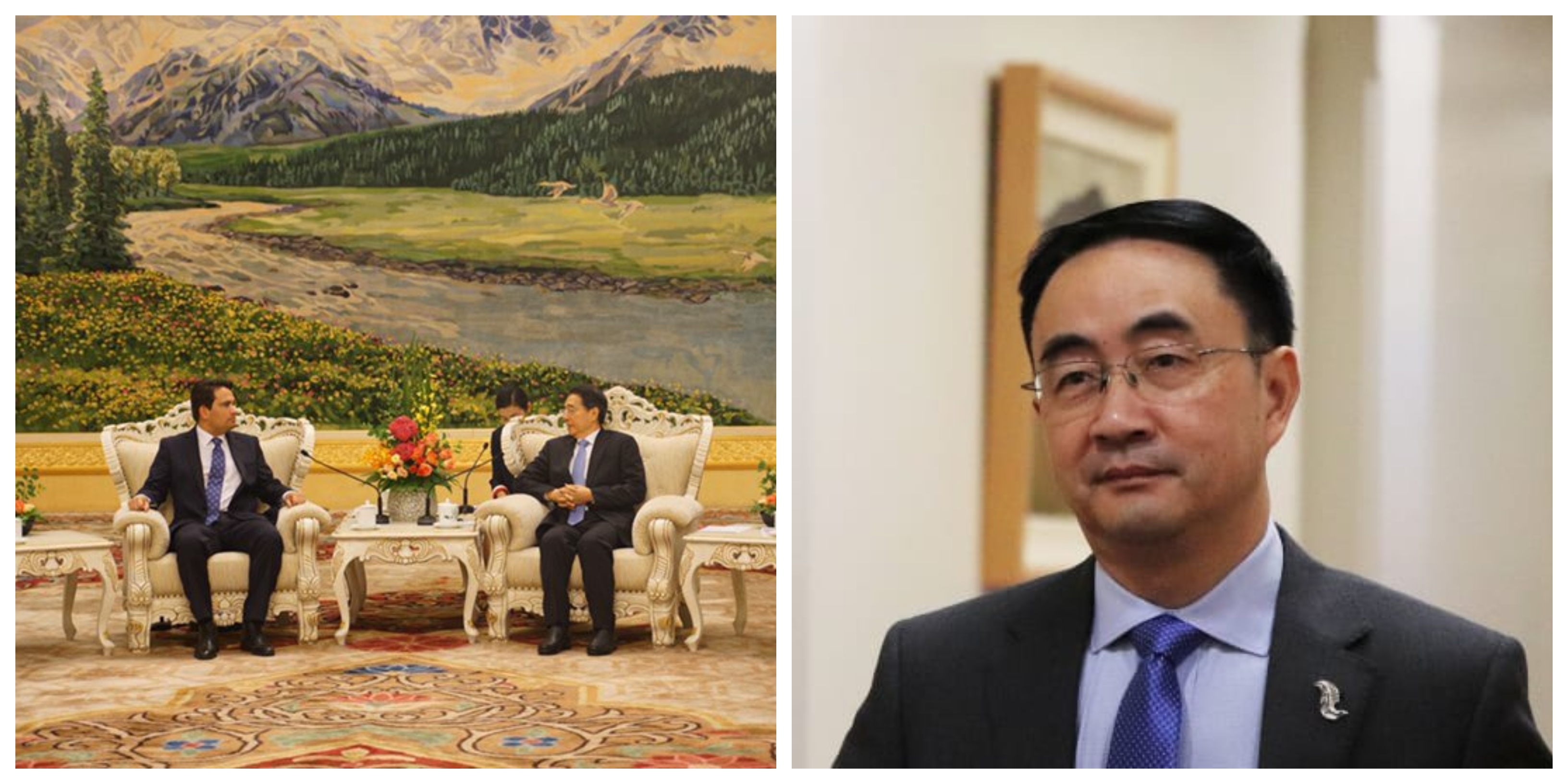 National Party list MP Jian Yang has been outed by a report on Newsroom.co.nz to have attended the 70th anniversary of the Chinese Communist Party (CCP) as a VIP guest. While attending events in foreign nations is not forbidden for New Zealand politicians, in fact, it isn’t even uncommon to do so, what made this revelation controversial is that the MP’s connections to the foreign government has long been questioned.

Prior to the 2017 general elections, Yang was revealed to have trained intelligence agents of the People’s Liberation Army – China’s armed forces. The work the MP did was to teach young cadets English to be able to carry out espionage operations more effectively, at a school ran by the People’s Republic of China’s (PRC) Third Department, which is in-charge of espionage of foreign countries.

To make matters worse, it was later exposed by an OIA request that Yang did not disclose his prior work with Chinese intelligence on his application for residency to New Zealand in 1998. He had simply declared that he worked in a foreign language school, before being employed as a lecturer of political science at the University of Auckland from 1999 until he became a National MP in 2014.

When these revelations were made public, then National leader Bill English downplayed Yang’s links and said he had “no problem” with the Chinese-born list MP’s prior history, nor the fact that the latter had omitted his previous work with Chinese intelligence on an official government document.

Then in December 2017, adding more suspicions about Yang’s true allegiance, the MP was revealed to have lobbied government ministers to allow a China-born job applicant to assume a sensitive position in the New Zealand Defence Force (NZDF). The applicant in question had failed background checks conducted by the Security Intelligence Service (SIS), and was blocked from assuming the position in the defence force, but the embattled MP sought to have that block removed.

This very dubious past has made many suspicious of Yang’s true involvement with the foreign government of the PRC, and if whether his intelligence work went further than merely teaching English, or if his involvement with foreign espionage is still ongoing.

However, it should be noted that suspicions of links to the CCP is not limited to only Jian Yang. A lot of doubt has been cast on the National Party also, for being tolerant and complacent about their list MP’s history, but also because their own party figureheads have been involved with CCP activities also.

Just recently, party leader Simon Bridges came under fire for having a meeting with Guo Shengkun, a high-ranking member of the Chinese Politburo, a senior official in the CCP, and current head of the CCP’s Central Political and Legal Affairs Commission – the agency in-charge of the PRC’s police force.

In a tweet posted on Bridges’ Twitter account, the Party Leader said it was a “privilege” to meet Guo and said they discussed, “how [New Zealand] can strengthen ties” with the PRC.

A privilege to be at the Great Hall of the People in Beijing to meet with Guo Shengkun to discuss the many areas our countries have in common and how we can strengthen ties. pic.twitter.com/HpX5yNaI2s

Prof. Anne-Marie Brady, political science lecturer at the University of Canterbury and a leading intellect in the study of China’s espionage network, described Guo as the leader of the PRC’s secret police. However, Bridges denied that characterisation by the academic and instead said that the CCP official he met with was a “minister” in the Chinese government.

Again, it is a case of the National Party hierarchy trivializing the evident links of a person to a foreign government, much more, a foreign power that has shown interest in expanding its influence throughout the world. Although, there are good reasons not to be surprised by their defense.

It can be remembered that last year, then National Party MP for Botany Jami-Lee Ross exposed fraudulent donations made by wealthy Chinese businessmen to his Party in exchange for including a preferred candidate of their choice into their next election party list. He alleged that a certain Zhang Yikun made a $100,000 donation to the National Party, but was not declared by the Party which is against electoral laws.

In a taped phone conversation, Ross alleged that Zhang asked that an associate of his – another Chinese national named Colin Zheng – be placed in a favourable position on the National Party election list. Zheng was later discovered to have been in breach of the Companies Act for listing different addresses for the nine companies he was a director under.

Last month, more allegations emerged against National as it was revealed that their MP, Todd McClay – acting under his former role as Trade Minister – went to China to personally arrange a $150,000 donation from a Chinese billionaire to the National Party. Lang Lin, with an alias of “Mr. Wolf”, allegedly met McClay in Beijing during the G20 trade summit and again in Rotorua – the latter’s electorate – in 2017, to discuss the substantial donation.

It is unclear what Lang received in return for that donation, if ever he did. But now-independent MP Ross called that case as “the most obvious example from the last election, where a foreign individual was able to make a donation to a political party using a company“, and has now made stopping foreign interference in New Zealand’s politics his pet issue as an MP.

There is currently an investigation by the Serious Fraud Office (SFO) on National’s donations, and while some details are still nebulous at this point, there are some facts that are certain.

It is clear that National MP Jian Yang had a long history with Chinese intelligence agents, it is a fact that Simon Bridges had met with the Chinese secret police head. It is also a fact that National receives large funding from wealthy Chinese nationals, and that key figures in their party – such as McClay and Bridges – have direct contacts with these wealthy power-players.

It is also certain that at least one of these wealthy donors asked for a favour from the National Party after making a large donation, which is that a key associate of his be put in a prime position to become an MP. This begs the question, was there anything in return for Jian Yang’s party-list position back in 2014, which got him elected as an MP that election?

There are a lot of questions surrounding the full extent of Jian Yang and the rest of the National Party’s ties with the CCP, and while this may not entail that anything illegal is happening, until the individuals concerned provide the public with answers, those suspicions will always remain.