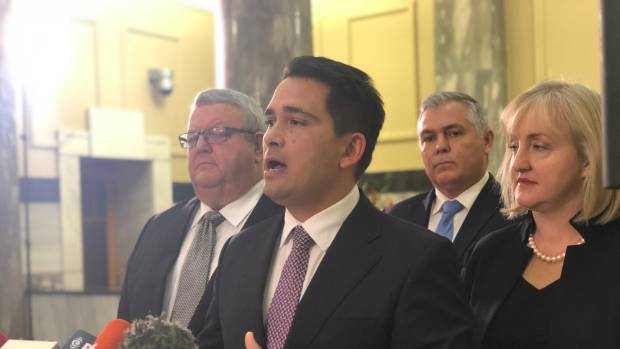 Last month, the National Party showed us a glimpse of their economic priorities if elected into government in this year’s election.

Reusing once more their tired war cry of being “responsible managers of the economy”, the Party’s “big announcement” merely regurgitated the same policies they had during their previous time in government.

What especially made their inability to come up with fresh policies obvious was that rather than presenting alternatives to the Coalition Government’s reforms, National’s economic plan revolved mostly on scrapping the policies put forth by the incumbent administration.

The Coalition’s policies of raising the minimum wage to $20 per hour by 2021, introducing strict rules on landlords to protect tenants, and banning overseas buyers in our housing market will all be in danger if National were to govern after the election.

Those reforms were put in place to improve the lives of the average New Zealander, allowing them to have more disposable income to spend, ensuring they live in livable homes, and helping their chances of securing their first home.

But National insist otherwise, claiming that rather than helping these policies “hurt” New Zealanders.

One example is when the Party’s spokesperson for finance, Paul Goldsmith, alleged that the minimum wage increases place a burden on small businesses, trigger high inflation and will kill jobs. However, the statistics say otherwise.

Complementing the positive report about employment was the news that wage growth was at 2.6 per cent, which was higher than the consumer price index (CPI). This shows that Kiwi incomes are growing faster than inflation, which means they have more disposable income to spend on more than just necessities.

Rather than “killing jobs” as what Goldsmith insinuated, raising minimum wage has actually seen more Kiwis working. The rate at which their incomes are growing also outpaces the level of inflation, which is a win-win situation for the average New Zealander.

In another announcement, party leader Bridges said that National will reconsider the ban on foreign buyers placed by the Coalition Government. The ban was put in place to ensure Kiwi first-home buyers are not going to compete with overseas property investors.

Under the previous National-led government, buying a home became a pipedream as Kiwis had to compete with offshore property speculators looking to invest in the New Zealand housing market to capitalise on untaxed capital gains.

That regime drove house prices up tremendously, with the average house in Auckland costing $1 million. The country’s largest and most populated city earned the unwanted distinction of having the “fifth least affordable houses in the world”.

When the present government implemented the ban on foreign buyers, house prices in Auckland immediately became impacted. Even other overheated housing markets, such as Queenstown, saw their house prices cool down indicating that the policy achieved its purpose.

By signalling a move to overturn the ban, National threaten to bring Kiwi homebuyers back into the era of skyrocketing house prices — where the average house was ten times the median wage.

Aside from the affordability of homes, National is also waging a war against the quality of our houses. The present government enacted the “Healthy Homes Standard” to assure that rental housing were livable and provided a healthy dwelling for the tenant.

Among the requirements stated under the legislation, rentals need to have proper insulation, ventilation, heating, and moisture ingress and drainage to prevent moulds. These are all reasonable demands, but National has vowed to revoke them if elected into government.

The party alleges that these measures to ensure decent, livable standards for every New Zealander will discourage landlords to put their properties up for rent. But does a landlord deserve to be earning profits off a tenant for a house or apartment that they themselves would refuse to live in?

Demanding that rental properties should have humane living conditions should be a bigger priority for a government that cares for their people, rather than how profitable the market is for landlords.

But it seems the National Party’s priorities are different. They are more concerned about businesses spending less on their wage bills than they are about a worker’s ability to survive.

They are more alarmed that foreigners are unable to buy property in New Zealand, than they are about Kiwis being able to afford houses.

They place more of a premium on a landlord’s ability to minimise their costs, than the living conditions ordinary New Zealanders live under.

All these makes one wonder who exactly the National Party stands for? Because hearing their economic priorities in their recent announcements, it is clear they are not for the average New Zealander.

This is an ugly truth, but it is nonetheless true. Politics is known to be a selfish exercise, people vote for their own interests — including the wealthy few, which is why they mostly support National.

But this should serve as an indication that those who do not belong to that small, privileged segment of society should not vote for National either, since as demonstrated in this blog they do not stand for your interests.

2 thoughts on “Who does the National Party truly stand for?”