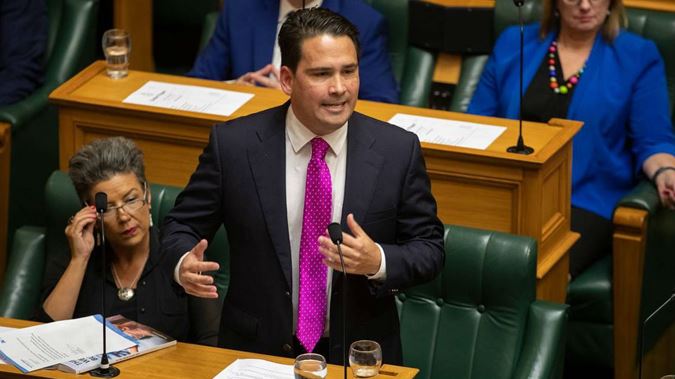 As sure as the sun will rise, the National Party will unveil a plan of tax cuts before any election campaign. This year’s general election is no different, with their present leader Simon Bridges announcing his party’s economic priorities going into the campaign period will be centered on providing tax cuts to voters.

But despite much hype about his party’s economic plan, Bridges’ press conference in Auckland gave no details whatsoever on what this tax cut package will look like. It may have been a clever ploy to evade scrutiny for now, choosing to catch their rivals in the Coalition Government off-guard with a later announcement, or an ill-attempt at a publicity stunt.

Regardless, though we might not yet know how the National Party expects to implement these tax cuts by remembering the legacy of their previous stint in government we already know what the outcome of this will be.

In the 2008 elections the National Party secured their place in government, under the leadership of John Key. The latter had a long career in foreign exchange, working with financial services giant Merrill Lynch, and had campaigned on being a sound economic manager boasting his finance credentials.

One of the earliest reforms spearheaded by this National-led government was to implement income tax cuts, claiming the tax system was “unfair”. Much like their incumbent leader Simon Bridges, then-Prime Minister Key promised that cutting taxes would promote economic growth and prosperity among ordinary New Zealanders.

Key’s tax plan reduced income taxes across the board, but with a corresponding rise in the GST rate, from 12.5 per cent to 15 per cent. This meant that while consumers kept more of what they earned, they also saw a rise in the prices of goods and services they purchased.

The tax shake-up was divisive, with many supporters but roughly an equal number of critics, but it was ultimately seen as a “tax cut for the wealthy”. While the promise was that this plan would be a net positive for ordinary New Zealanders, the breakdown of the savings made from the tax cuts strongly brought that claim into question.

According to the Key government’s official projections, the average New Zealand family only kept $25 more of their paycheck. The average income earner was projected to be only $15 better off, and a retired couple on NZ Superannuation was only $11 a week better off.

While every dollar counts, keeping $15 a week when the prices of goods and services increased significant also is hardly going to push anyone into prosperity. It is hard to see how big of a difference an extra $25 a week will be to a family of four struggling to buy uniforms for their children (which have now increased), or how big of a boost it will have in their weekly grocery budget when every single item in the supermarket has now increased by 3 per cent more.

Then Green Party co-leader Metiria Turei demonstrated how Key’s tax package was actually harmful to the poor and disproportionately favourable to the rich: the top 10 per cent of income earners paid only 4 per cent of their income in GST and the lowest 10 per cent paid 14 per cent “making the increase in GST hit poorest people the hardest”.

But the biggest downside of the Key-era tax cuts is the same fact that many people tend to miss when discussing tax cuts: it came with a corresponding funding cut on vital public services. Reduced tax revenues corresponds to a decrease in available funds to spend on core services such as healthcare and law and order.

The next six years of the John Key-era saw worsening societal ills, brought about by extensive cuts to the budgets of government-ran services.

Most noticeably was the budget freeze on New Zealand Police, leading them to close down police stations and dwindling number of frontline police officers. Constricting police resources could not have come at a worse time, as during this period the Australian government began deporting Kiwi citizens who have offended in their country back to New Zealand en masse – where they continued to conduct criminal activity also.

Healthcare also took a massive hit in funding during the Key era, with projections in 2015 showing a shortfall of $1.7 billion since 2010. That same year it was reported that New Zealand lagged behind in the OECD in terms of number of hospital beds, having only 2.8 beds per 1,000 in comparison to Japan with 13.4 beds, South Korea with 10.3 beds, and even Australia which had 3.8 beds per thousand people.

Massey University also noted the “alarming rates of under-funding of vital health services” during this period, including in mental health. It came as no surprise then, that New Zealand experienced a serious mental health crisis during the Key-led National government – marked by a shameful statistic that the country had the highest number of youth suicides in the developed world.

Perhaps one of the most ridiculous flow-on effect of the Key government’s under-funding of mental healthcare was when the Abuse and Rape Crisis Support in Manawatu had to reduce their counselling hours after funding cuts. The agency derives most of its operating budget on government funding, and cuts to that endowment meant they had less resources to work with to help survivors of domestic abuse and rape – relying instead on donations.

John Key’s tax cuts provided marginal relief for New Zealand income-earners, but placed enormous strains on public services that the most vulnerable relied on. This was the legacy of the previous National-led government’s economic strategy, and with their present leadership suggesting the same tax cuts it begs to be asked if we stand to see a repeat of these misplaced priorities.

It is also a worthwhile theory to consider if the reason why Simon Bridges did not release the full details of his party’s tax cuts promise is because they were not prepared to deal with the expected backlash when it is revealed which services are going to see funding cuts. Because it is inevitable that with reduced government revenues there is also a corresponding reduction of funding of services.

Given that the biggest government expenditures at present are all critical, namely: healthcare, education, and social welfare – all of which can have direct impacts on a person’s well-being if access were to be construed – it is certainly a real danger that Simon Bridges’ National Party will bring us back to the John Key-era.