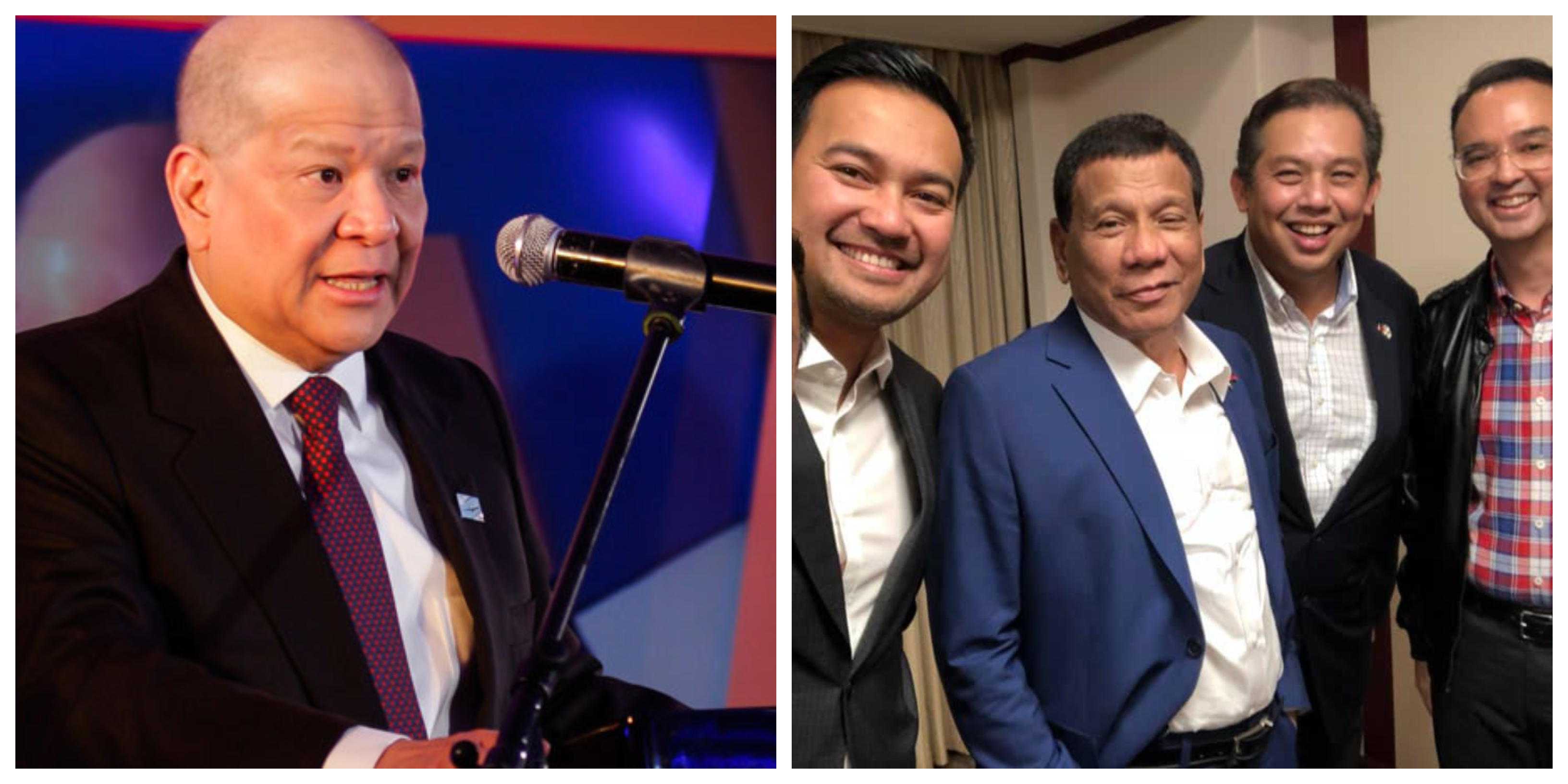 Many thought that when President Rodrigo Duterte intervened and made a “decision” on who the next House Speaker will be that the infighting within the House of Representatives (HoR) will cease. Even as the head-of-state made public his personal choice of a term-sharing agreement between his former running-mate Alan Peter Cayetano and party-mate Lord Allan Velasco, the battle for the coveted position goes on – and its plot has now thickened.

It was obvious from the beginning of this bitter rivalry that the many factions comprising the Duterte administration were behind this turmoil – as they were hastily defending their own interests, ensuring their bet would emerge as the successor to outgoing Gloria Macapagal-Arroyo.

Cayetano is a stalwart of the Nacionalista Party, one of the largest factions in the HoR and counts political heavyweights such as the Manny and Cynthia Villar, and the Marcos family as its members. Meanwhile, Velasco belongs to President Duterte’s PDP-Laban party – and maintains close alliances with the latter’s children Davao City mayor Sara Duterte and incoming congressman Paolo Duterte.

From the start, the Duterte children have been vocal of their opposition to seeing Cayetano become the next House Speaker. And even after their father had publicly declared a Cayetano-Velasco split Speakership term, Congressman Paolo Duterte told reporters that the race “is far from over”.

To make matters more intriguing, the Presidential son hinted at a potential “coup” in the HoR which will see several representatives defy the personal choice of the Chief Executive and choose a different House Speaker.

It wasn’t just the son who was deliberately obstructing Cayetano’s surge to the Speakership, Mayor Sara Duterte has recently been accused of spreading a text message to members of the HoR telling representatives that they are free to disobey the call to support the failed vice-presidential candidate for House Speaker. According to one of the text’s recipients, Rep. Mike Defensor, the President was merely coerced by Cayetano-allied Cabinet members to make a publicly declaration of support.

At the same time, Rep. Velasco heaped more PR pressure on Cayetano by publicly disagreeing with the idea of sharing the role of Speaker. By declining an easy compromise with a more prominent rival, this leads us to believe that the young lawmaker from Marinduque province is confident of his ability to secure the position alone – undoubtedly backed by very powerful allies.

But Cayetano is a seasoned politician himself, with very powerful forces supporting his bid also. Hence, he was never going to take those PR attacks sitting down and fired back with an explosive media interview of his own.

The Taguig City representative shed light on the meddling of an oligarch, billionaire entrepreneur Ramon S. Ang, in the contest for House Speaker. It was widely speculated that a very wealthy political player was involved in this hotly-contested battle when former House Speaker Pantaleon Alvarez divulged that lawmakers were being bribed from Php500,000-Php1 million each to back a candidate.

Speaking on the ANC talkshow “Headstart”, Cayetano confirmed that allegation by Alvarez. He also alluded that Rep. Velasco’s swift rise in the HoR, which has made him a contender for House Speaker despite never being Majority or Minority Leader during his entire stint as a legislator, is due to the latter’s closeness with the oligarch Ang.

It was not only Rep. Velasco who Cayetano alleged had a particular closeness with Ang, but also the congressman’s wife, Wen, who the Taguig representative referred to as the billionaire’s “girl Friday” – or his personal lobbyist. A cursory research proves the close ties between the Velasco couple with the chairman of San Miguel Corporation.

Rowena “Wen” Velasco founded the Pilipinong May Puso Foundation, a non-profit organization engaged in charitable activities, which was launched in Davao City in November 2016 as a tribute to President Duterte’s late mother, Soledad Roa Duterte. The foundation lists Ramon S. Ang as its major benefactor, and the latter himself was present during that inaugural event three years ago.

Throughout the years, the Velasco power-couple have hosted functions that featured both the President and the oligarch Ang, which also lists prominent political players in its guest list.

In April 2017, the couple threw a “birthday bash” for the two powerful men. When the couple married in 2012, they also had the privilege of counting Ang as one of their “ninong” (principal sponsor).

According to Cayetano also, it was Wen who approached him to lobby for the New Manila International Airport – a new state-of-the-art airport that San Miguel Corporation wants to build in Bulacan province. The former insinuated that it is the couple’s close ties with the powerful oligarch that has financed Rep. Velasco’s bid to become House Speaker.

But as noted previously, Cayetano is a veteran in the battlefield of Philippine politics himself. It can be expected that he, too, has powerful backers which prop up his own campaign, and that fact he admitted in that same “Headstart” interview also.

As mentioned, the Nacionalista party have the powerful Villar couple as its party President and Chairman. At the same time, it has been reported that influential Cabinet members led by Finance Secretary Carlos Dominguez III are pressuring President Duterte to support Cayetano also.

Dominguez’ interest in the Speakership race is concerning because of the recent scandal which marred the HoR regarding the passing of the 2019 annual budget. The finance chief was widely accused of illegally inserting “pork-barrel” projects in the budget, which became the source of a dispute between the lower house and their Senate counterparts.

The House Speaker will be pivotal to the success of any budget, and if Cayetano successfully becomes Speaker for the first 15 months – that means he will be in charge of passing two annual budgets, for 2020 and 2021. If Dominguez and other Cabinet officials are lobbying for Cayetano, this spells out a conflict of interest when the time to pass a new budget approaches.

The Speakership race is therefore more than just a conflict among political parties, or ambitious personalities, but more importantly a battle between oligarchs and their quest to preserve their own interests. On the one hand you have the faction of the Duterte clan and the fortunes of Ramon S. Ang, and on the other you have the old dynasties of the Nacionalista Party backed by influential people in the President’s Cabinet.

It is a recurring theme throughout Philippine history for the rich and powerful to fight among themselves, prioritizing their own interests over that of the common good. It does not matter whoever comes out on top of this bloody race for House leader, because their victory will undoubtedly come at the expense of the masses.