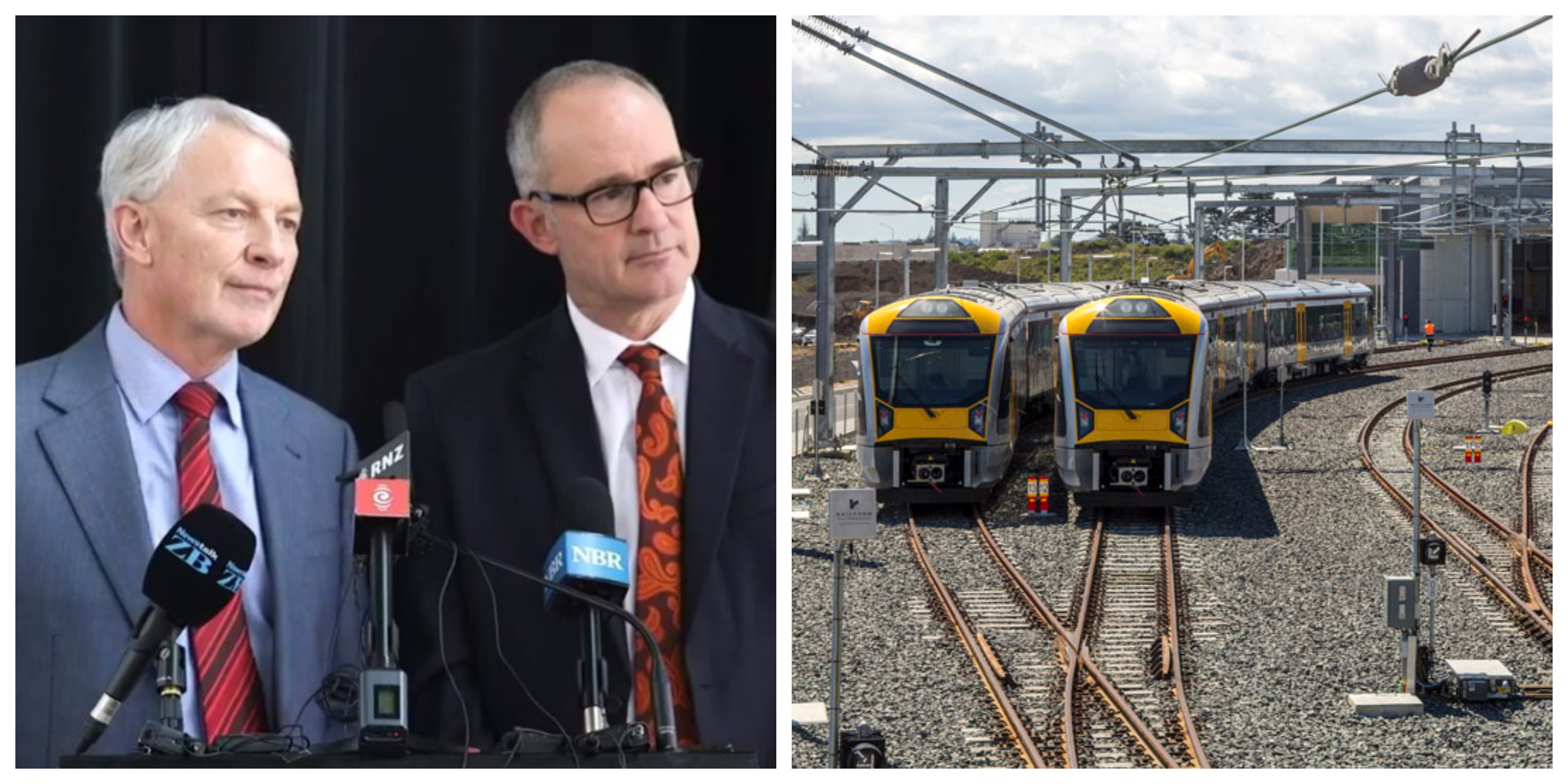 Auckland’s Regional Fuel Tax remains one of the most unpopular policies the current Government has introduced, rapidly increasing fuel prices have been blamed mostly on this new tax implemented by the Auckland Council.

The purpose of this added charge on fuel is to generate funds to radically improve transport links in the Auckland region, with Transport Minister Phil Twyford and Auckland City mayor Phil Goff announcing a total of $28 billion worth of transportation projects in the country’s largest region.

Among the most significant transport projects announced was a light-rail link between the Auckland CBD and its airport, which intends to create a mass rapid transport option for the millions of passengers who ply the route annually. Under the Auckland Transportation Alignment Project (ATAP), the light-rail or “tram” project was allocated an initial $1.8 billion from the $28 billion fund but is touted to cost as much as $6 billion upon completion.

One might expect only positive feedback if the powers that be heed the mass outcry for better public transportation and improved infrastructure to ease traffic congestion in Auckland, but the CBD-Airport light-rail proposal attracted immense criticisms also.

Two transport lobby groups launched a new campaign called “START” (Straight To Airport Rapid Trains), calling for the scrapping of the light-rail plan in favour of a heavy-rail (or train) link to Auckland Airport instead. The case they make is very compelling:

First, their alternative proposal of creating a heavy-rail loop from Puhinui Station to the Airport makes use of existing rail infrastructure. This especially makes sense given the Ministry of Transport and Auckland Transport’s plan aims to achieve an “alignment” of of Auckland’s transportation links.

To build an entirely new mode of transport will just further confound their already uncoordinated travel corridors conundrum, especially since the pro-trains lobby merely wants to connect a new rail line which runs through 6 kilometers of grassland in Wiri from the existing station in Puhinui.

Another argument the campaigners make is that Auckland Transport’s intention in the first place was to provide a “rapid transport link” to the airport, the trams will travel at a sluggish pace compared to heavy-rail and will therefore deplete the purpose of funding a “rapid” connection.

This is reinforced by the 2016 Jacobs report which shows that travel time from Britomart Transport Center in the CBD to Auckland Airport is shorter than a light-rail link in the same direction [p.100]. If a key purpose for funding this expensive light-rail infrastructure was to create a rapid link for passengers to Auckland Airport, they should have turned to heavy-rail instead.

Building an entirely new railway line from scratch also requires a lot of disruptions to traffic, an inevitable reality when the light-rail line will be built along Dominion Road – one of the city’s busiest thoroughfares. The construction phase will certainly cause disturbances to the flow of traffic, and will undoubtedly be a burden on the multiple businesses trading in the area.

Even beyond the construction phase, when the tram-line becomes operational Dominion Road will reduce space for vehicles and severely restrict right-turns. The path of the tram-line also includes routes such as Mt. Eden Road, Manukau Road and Sandringham Road – all of which are busy trading areas.

If the massive investment in infrastructure projects is intended to improve the flow of traffic, won’t this light-rail plan contradict that objective?

However, the strongest argument that START lobbyists have made is that building a light-rail link is not future-proofing the state of Auckland’s transport infrastructure. According to Auckland Airport’s future projections study, called “Airport of the Future”, it is estimated that the airport will see double the number of its current passengers – a whopping 40 million by 2044.

The current deficiencies in the Auckland transport system has been attributed to a lack of planning and future-proofing by previous governments, the incumbent Government risks including itself in our history’s wall-of-shame if it makes a short-sighted decision.

It should be noted that the light-rail plan is no longer being touted as a CBD-Airport link, but rather a CBD-Mangere-Airport corridor that will enable commuters to also use the infrastructure to travel to and from their workplace and homes. Mangere is one of the region’s biggest employment centers, with an estimated 33,000 jobs located in the suburb – there will be massive commuter demand to and from this area.

However, it should be noted that a train service already passes through Otahuhu which then links Mangere by bus. Proponents of the light-rail plan will counter-argue by saying the station itself is far from its town center, but a bus link from Otahuhu Station and Mangere Town Center is already in place (the 32) which has an estimated travel duration of 15 minutes.

There is also an environmental case to be made regarding light-rail, with proponents arguing that it will reduce the number of commuter buses on the streets. While the potential for trams to eventually replace buses is very possible, one can make the same case for heavy-rail as well – commuters can turn to trains rather than buses to travel, and with added investment in heavy-rail it can become even more popular with Auckland residents.

Additionally, it is also argued that by building the light-rail route new areas can be unlocked for urban development. These are areas which have not been previously considered by property developers due to the inadequate public transportation options in these places, the light-rail line is touted to change that.

The argument is similar to calls for more flexible transport options to suburbs surrounding the city, there are far more commuters traveling to and from these places and the CBD than passengers who ply the airport route. There would be greater demand – and therefore need – for fast and reliable transport links from Mount Eden to the CBD, while your average passenger would only need to travel to the airport once, maybe twice, every year.

With this, a case can still be made to build a light-rail system but not as the solution to the congestion and public transportation woes to the Auckland Airport. Aucklanders can still appreciate a tram-line to commute, but it is not the “rapid transit link” to the airport which our country’s transport czars are touting it as.

The debate surrounding this proposal seemingly stems from the Ministry of Transport’s and Auckland Transport’s attempt to fulfill two objectives despite both being very different in nature: one is the need for a rapid transport link to the airport, while the other is to improve commuter flow to and from the Auckland CBD.

The demand for both have instead been lumped together, creating a mess of a public transport debate that has complicated plans on what Auckland’s future will look like.

Also worthy of mention is the fact that the light-rail plan was a Green Party demand, which they obtained from their confidence & supply (C&S) agreement with the Labour Party. The exact wording states that: “work will begin on light rail from the city to airport in Auckland”.

The C&S agreement specifically requests a light-rail link, even before a business case for a proposal has been made. It did not ask for the “best transport option from city to airport”, instead it outright called for a tram-line.

Nonetheless, it is a silver lining that a debate has emerged surrounding the future of Auckland’s transport infrastructure. As earlier mentioned, a lack of foresight is typically blamed for the region’s commuting kerfuffle – contentious as the current discussions may be, it surely will allow our Government officials to carefully examine the options and for the wider public to be aware of the choices to be made.