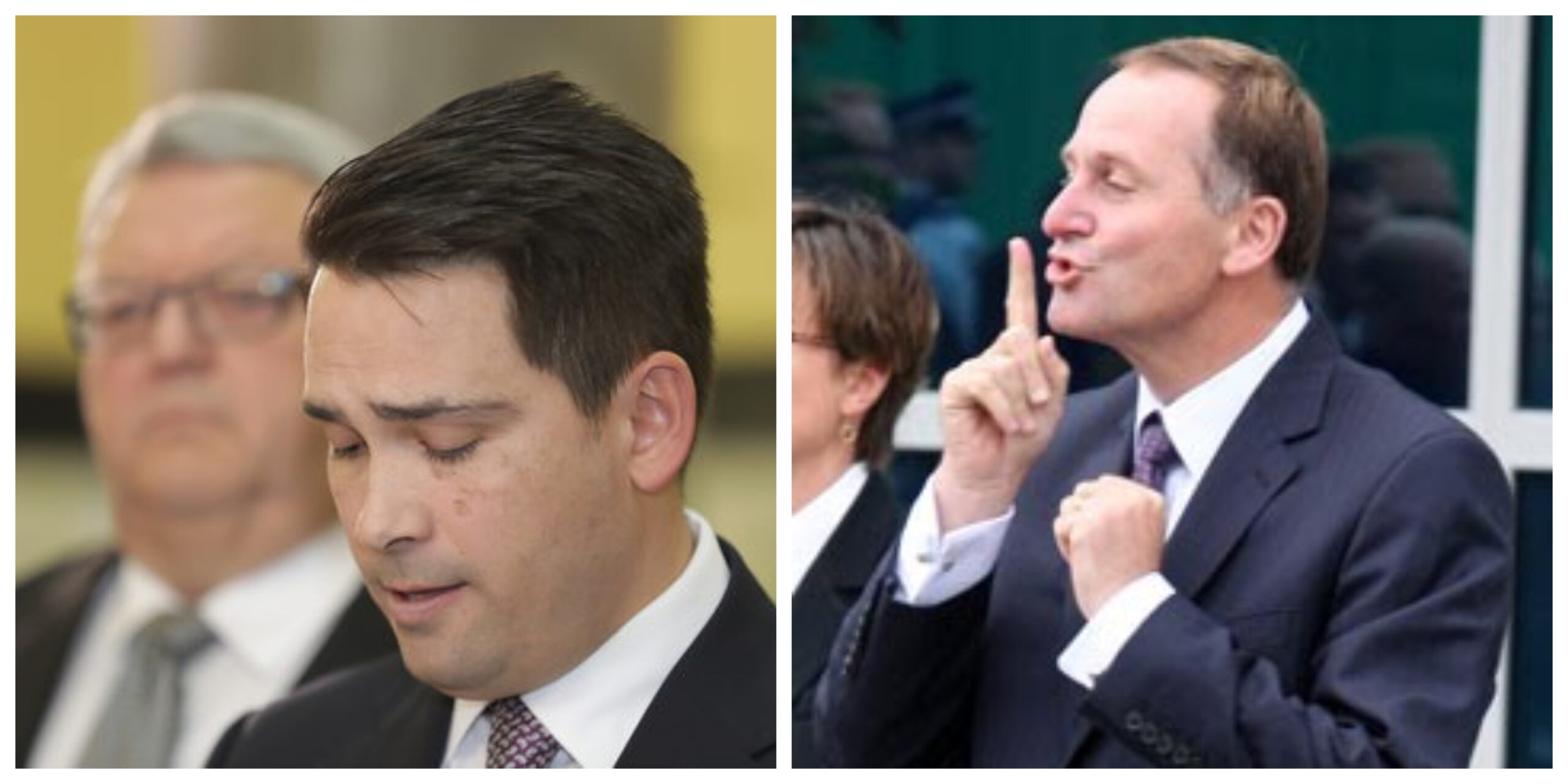 With the release of the National Party’s “discussion document” on law and order, it is clear that they are planning a “hard-line conservative” stance on criminality for the 2020 general elections.

It should not come as a surprise, during their time in opposition the Party has been pushing the “tough on crime” rhetoric strongly. National have accused the Coalition Government of being “soft on crime”, and have made dubious claims that they are “putting criminals ahead of victims”.

At the center of their newfound crusade to tackle crime, National leader Simon Bridges have placed gangs in his crosshairs. A month ago, he declared that if elected back into government next year his Party would refuse benefit payments to gang members.

And more recently, as part of their discussion document release, Bridges said that a National government would consider a dedicated police task force to target gangs.  Their plan is a recreation of New South Wales’ “Strike Force Raptor”, a police unit that were given powers to raid houses and personal vehicles of suspected gang members or anyone with a “propensity for violence”.

It was an initiative that was largely seen as an ineffective crackdown of criminal gangs, and also unfairly subjected low-income individuals to police raids in Australia. But the facts did not matter, Bridges was blowing the “tough on crime” trumpet and that is a proven vote-winner.

However, looking back at National’s track record on crime prevention when they were in government shows that their rhetoric is hollow. The previous government, which was led by the Party, virtually froze the Police budget – impacting their ability to respond to crime and overwhelmed existing officers.

In 2010, the administration of then-Prime Minister John Key froze the police budget for five years. The effects of the 2007-08 Global Financial Crisis is often used to rationalise this decision, but there seemed to have been enough money in their coffers at that time to fund a tax cut – in addition, that government announced an increase in the general services tax (GST) that year also.

The Police budget in 2014 was an effective $40 million reduction if inflation was taken into account from 2010. This also saw a reduction of $31 million from the budget of the courts system, which debilitated the ability to hear cases swiftly.

By decreasing Police resources, the ability of law enforcers to perform their duties took a serious hit. This manifested itself in the reduction of the number of police stations, or reduction in their operating hours.

In 2013, the Police shut down their downtown Auckland city base to the dismay of shop-owners in the vicinity who felt less safe by the announcement. That station on Fort Street housed 30 frontline police officers as well as a CCTV monitoring system, it was also among the busiest stations in the country until its closure.

A week later, a police headquarters closed shop in the Waitematā district in response to district budget cuts. About 70 high-level police officers left the Takapuna office and were crammed into an existing police station in the district to save on costs.

One may argue that the police officers were kept in the same districts and therefore could still patrol their respective jurisdictions. However, closing down police stations meant that police presence was no longer spread out, hindering their response times and also removed a feeling of security for nearby communities.

By 2015, the Police Association revealed that 30 police stations throughout New Zealand had been shut down since the budget was frozen starting from 2009/10. Then-Association president Greg O’Connor lamented that police funding was “nearing a critical point”, and could erode public confidence “to levels not seen since the early 1990s”.

But it wasn’t just the police stations that took a financial cut under a National-led government, even the police officers themselves were not spared. In 2012, the Police Association revealed that due to funding cuts the level of pay for many police officers would take a hit also.

The police union laid bare plans to introduce performance-based pay and remove the system of general salary increases. According to the union, Police top brass had to introduce so in order to adapt to budget cuts and claimed that under this performance-based system some frontline officers were being “overpaid by 20%”.

Not only were police officers overstretched with the reduction in their policing resources, they would also not receive compensation for the extra amount of effort they now have to put in. By squeezing funding, National made joining the force an unattractive prospect.

And that showed in the ratio of police numbers in New Zealand, which steadily declined during the National-led government from 1:501 officers per Kiwi citizens in 2009 to 1:526 by 2015. Coincidentally, that period was also the years when the Police had their budget frozen by the National government.

The incumbent Coalition Government of the Labour Party and New Zealand First have made the effort of ameliorating the problem, by allotting funding to recruit 1,800 new frontline police officers in the next few years. This recruitment drive would put New Zealand’s police force on par with Australia at an approximately 1:432 cop-to-citizen ratio.

However, training police officers takes time which puts the present Government in a catch-22: as they train more officers, the population continues to grow. Hence, it is uncertain if an ideal ratio of police per citizens could ever be achieved.

Had the previous government only made the necessary investments to ensure Police were up to speed with population growth, and resourced appropriately to fulfill their duties, this problem may not exist today. Which is why it is ridiculous to think that the Party directly responsible for the lack of police resources to fight crime is now going to claim the mantle of being the one that is “tough on crime”.

Simon Bridges can hire all the PR consultants his millionaire-laden Party can afford, but his pronouncements on dealing with crime will always be superficial rhetoric. A National-led government is proven to be one that cuts Police resources to produce tax cuts.

One thought on “Budget freezes and station closures: How the National government paved the way for more crime”