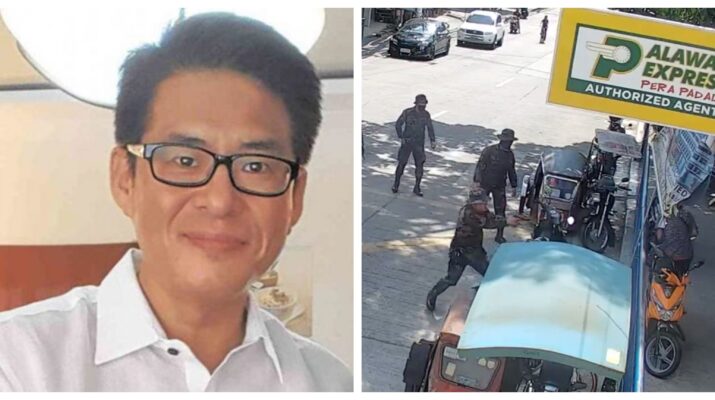 Amidst the public uproar over the cold-blooded killing of a 52-year old woman and her son by an off-duty police officer, Philippine National Police chief Debold Sinas denied the incident was reflective of the entire police force.

He said Senior Master Sergeant Jonel Nuezca’s double murder of Sonya and Frank Gregorio was an “isolated incident” and that it did not change the fact that the PNP’s mandate is to “serve and protect” the people.

However, the facts leading up to those killings in the town of Paniqui, Tarlac reveal multiple lapses in the PNP’s operations.

Many questioned why Nuezca was able to remain in the force as he faced multiple administrative cases in his record.

Those cases included failing to appear in court to testify in an illegal narcotics charge, and another instance of Nuezca refusing to undergo a mandatory drug test in 2014.

However, the most serious of those charges were two charges of grave misconduct involving homicide – one each in May and December 2019.

Both cases were dismissed due to lack of evidence and witnesses who were willing to testify. Given Nuezca’s proclivity for violence against people who cross him, this is understandable.

But former PNP chief turned Senator Ping Lacson said Nuezca should not have been allowed to continue in the force as “[cases] of grave misconduct carries a punishment of dismissal”.

Not only did Nuezca remain a police officer, but he was also assigned to the crime laboratory of the Parañaque City Police Department.

The crime lab is where forensic evidence in criminal investigations are examined and analysed. To allow an individual with a questionable record to work in this sensitive environment is akin to employing a wolf to look after a herd of sheep.

Clarification is also needed in Senator Lacson’s claim that a case of grave misconduct entails dismissal from service.

If so, why did the police hierarchy permit him to remain in the force, much more be assigned to the crime lab?

Many also wondered why Nuezca was able to carry his service firearm with him, as he was off-duty and should have turned in his weapon.

However, the PNP said that the policy changed under the Duterte administration and police personnel were now allowed to carry their service firearms with them even if they were off-duty.

A tradition once existed within the PNP wherein their personnel would seal their firearms before going on their holiday break, to discourage indiscriminate firing. But this was also halted shortly after President Rodrigo Duterte assumed office in 2016.

The PNP hierarchy said at the time that their police personnel were “disciplined and responsible enough” not to illegally discharge their service firearms.

It was a naive assumption and one that would be eventually refuted as every holiday season that followed, cops have been caught firing their weapons indiscriminately.

If police officers have repeatedly been caught violating rules surrounding the use of their service firearms, why were those policy changes not reversed?

Continued violation of the PNP’s rules around the use of service firearms should be enough to bring back the tradition of muzzling their force-issued weapons once again.

It is also important to note that Jonel Nuezca’s incident was hardly the first time members of the PNP were abusing their authority.

The most egregious example of Philippine police abusing their authority was the 2016 kidnapping and murder of Korean businessman Jee Ick-Joo.

He was abducted from his residence in October 2016 by police agents, under the guise of an anti-drug operation. Jee’s wife, Choi Kyung-jin, also recounted that valuables amounting to Php540,000 were seized from their home as well.

Choi disclosed that police operatives then demanded Php5 million for her husband’s freedom. After she obliged, the kidnappers again asked a further Php4.5 million.

Jee was eventually found strangled to death. Then-PNP chief Ronald dela Rosa revealed that the businessman was killed inside Camp Crame itself, the headquarters of the Philippine police.

The gravity of the crime was the least shocking to the public, it was the audacity of the perpetrators that really astonished them.

How could police officers – who are supposedly sworn to maintain the peace – commit such a barbaric act?

Not to mention, they committed the crime inside their own headquarters itself. Did no other police personnel witness the incident and intervene, or was everyone inside Camp Crame complicit in the crime themselves?

The ensuing investigation revealed several high-ranking police officers were involved in not only performing the crime but covering it up also. How did those suspects climb up the ladder of the PNP despite possessing criminal minds?

It is no different from Jonel Nuezca, who himself had the rank of Police Senior Master Sergeant. When obviously bad cops get promoted so easily within the PNP then there is something seriously wrong with their employee evaluation process.

A year after Jee’s death, the PNP officers involved in his death were still enjoying their freedom. It says a lot about the PNP as an institution wherein their personnel involved in serious crimes could still carry on unpunished, despite damning evidence.

In June this year, the killing of ex-serviceman Winston Ragos also appalled the public. The former soldier was accosted by police for flouting COVID-19 lockdown restrictions and was eventually shot dead.

The arresting officers, led by Police Master Sergeant Daniel Florendo, justified their actions by saying Ragos was violent. But the victim was suffering from PTSD and schizophrenia, which explained his erratic demeanour at that time.

An internal audit found that the responding officers “failed to exercise prudence” in dealing with Ragos, concluding that nothing warranted Florendo to fire his weapon at the victim.

In addition, police officers are supposed to de-escalate crisis situations but Florendo showed he was more interested in using his firearm instead. The police officer’s action added to the “trigger-happy” reputation of PNP personnel.

An investigation by the National Bureau of Investigation (NBI) into the incident also revealed Florendo and his team of police officers planted a firearm on Ragos’ body to feign self-defence. Planting evidence is a serious offence for anyone, but it is especially more appalling coming from a member of the police.

Again, this questions the promotion process in the PNP – how could Florendo rise to the rank of Police Master Sergeant despite his amateurish ability to handle crisis situations and his habit of tampering with a crime scene?

We are seeing a pattern of high-ranking PNP officials having serious behavioural issues; they are brazen in their abuses but still remain in high-level positions.

There is supposedly a psychological test required of police personnel to weed out those unfit for service, but this is obviously not working as intended.

Jonel Nuezca’s crime has placed a spotlight on several lapses in the PNP’s institutional process, but the writing was on the wall for much longer. These operational flaws allow police personnel to commit grave abuses and go on with their careers largely unpunished – this only encourages scalawag behaviour.

Thus, it is erroneous to call Nuezca’s double murders as an isolated incident, or that the killing of Winston Ragos or Jee Ick-Joo’s abduction and murder, were only part of a series of isolated incidents also.

Rather, those examples of abuses in the PNP are part of a wider, systemic problem in the institution. Until there is a serious overhaul of the force and a significant cultural shift within the organisation, these brazen criminal acts by police officers will only continue.