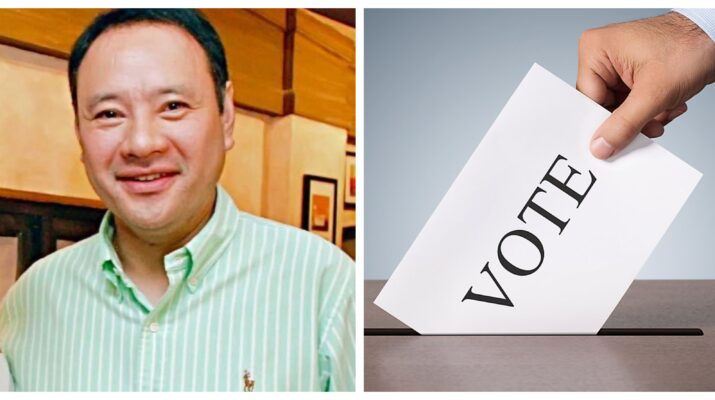 Less than twelve months before the 2022 presidential elections, potential candidates are shaping up.

If the polls were to be taken seriously, the Duterte era is bound to persist with Presidential Daughter and Davao City Mayor Sara Duterte being the frontrunner.

Opposition groups have also formed the 1Sambayanan Coalition to consolidate anti-Duterte forces and run a unified campaign next year. However, they are yet to declare a standard-bearer.

There is also a glaring question mark as to who will be the main opposition candidate competing against the Duterte faction next year, with a plethora of political parties and independent candidates all appearing to be gunning for the designation.

Vice-President Leni Robredo is the most obvious choice, as the standard-bearer of the Liberal Party. However, she consistently fares poorly in opinion polling and is even being challenged by her own party-mate – former Senator Antonio Trillanes – to be the Presidential candidate.

Historic independents like Senator Ping Lacson, Manila City Mayor Isko Moreno, and former Presidential candidate (and current Senator) Grace Poe are also potential candidates for this opposition slate – though the jury is still out if whether either of them will seek an independent run should they not be chosen by 1Sambayan.

Indeed, the political opposition have their work cut out for them if they are struggling to control the multitude of factions within their camp. However, the pro-administration side have this very problem too.

Although Sara Duterte is the natural successor to her father’s legacy, it should not be assumed that the present groups propping up the Duterte government will axiomatically back the Presidential Daughter too.

This blog has demonstrated how the Duterte super-majority is merely a myriad of political parties that have coalesced behind President Rodrigo.

While they have been a solid unit for the best part of the Duterte administration, there have been instances where it was proven that these individual groups will always act according to their own self-interests rather than for the broader pro-Duterte coalition.

One of those parties forming the wider pro-Duterte supermajority is Lakas-Kampi CMD, which was the governing party during the presidency of Gloria Macapagal-Arroyo. The latter also served as the House Speaker for a year during the Duterte administration, and with one seat in the Senate, Lakas-Kampi CMD is one of the most prominent parties in the country today.

Curiously, their one-time standard-bearer and candidate for the 2010 Presidential elections, Gilbert “Gibo” Teodoro, has been making a lot of noise in politics recently.

He chimed in on the most recent intrusion of Chinese vessels in the West Philippine Sea, saying that the public bickering between President Duterte and retired Chief Justice Antonio Carpio was “pointless” and would “achieve nothing”.

Teodoro also gave his views on an equally controversial topic – the issue of charter change. Posting on his public Facebook page, he shared a Philippine Star article reporting his public statement on changing the 1987 Constitution from 2006.

The issue of charter change has been a constant fixture in Philippine politics since the turn of the millenium, and again the debate has been restarted under the Duterte administration.

You would only thrust yourself into such national conversations if you wanted to be in the public psyche when these issues are being discussed. That is something someone with political aspirations typically does.

A former Defense Secretary under the Arroyo administration, Teodoro virtually disappeared from Philippine politics after his failed Presidential bid in 2010.

But a year before the next Presidential elections, he’s again making waves. Is this simply a coincidence or a clue that Teodoro is preparing for a 2022 run, perhaps as a candidate again for the Lakas-Kampi CMD?

Perhaps the most convincing sign for a 2022 Gilbert Teodoro campaign is a photo he posted on his public Facebook page. It is a graphic of the year ‘2022’ with a tick mark beside it. 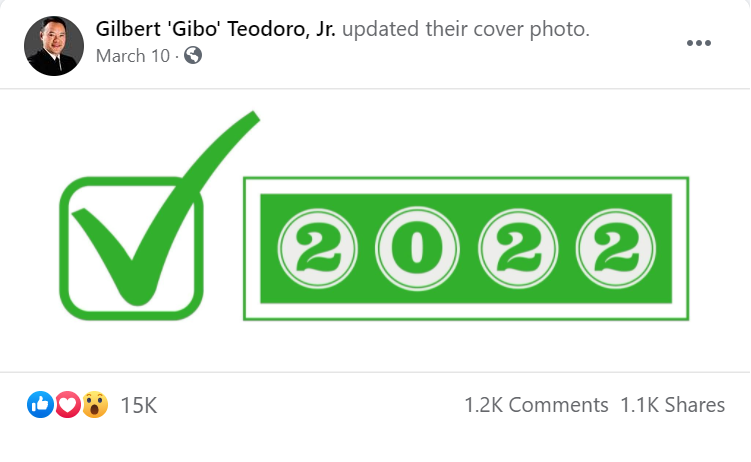 In light of glaring evidence, a 2022 run for ‘Gibo’ may be indisputable. The question that should be asked is: will it be for the Presidency or a different national position?

A run for the nation’s highest office will certainly be a spanner in the works for the Duterte administration. Teodoro will have the backing of Lakas-Kampi CMD and its Chairperson Emeritus, Arroyo.

Arroyo’s machinery will be propping up Teodoro’s campaign and make it formidable. However, one still cannot underestimate the unwavering popularity of the Duterte brand.

What it may end up doing is split the pro-administration vote and hand the unified opposition slate a path to victory.

However, should Teodoro seek a different national position – whether it be the vice-presidency or as a senator – he may spare the Duterte camp the headache of having to manage competing allies.

What the future may hold for Teodoro will become more apparent in the next few months. However, his return will still make 2022 all the more exciting.