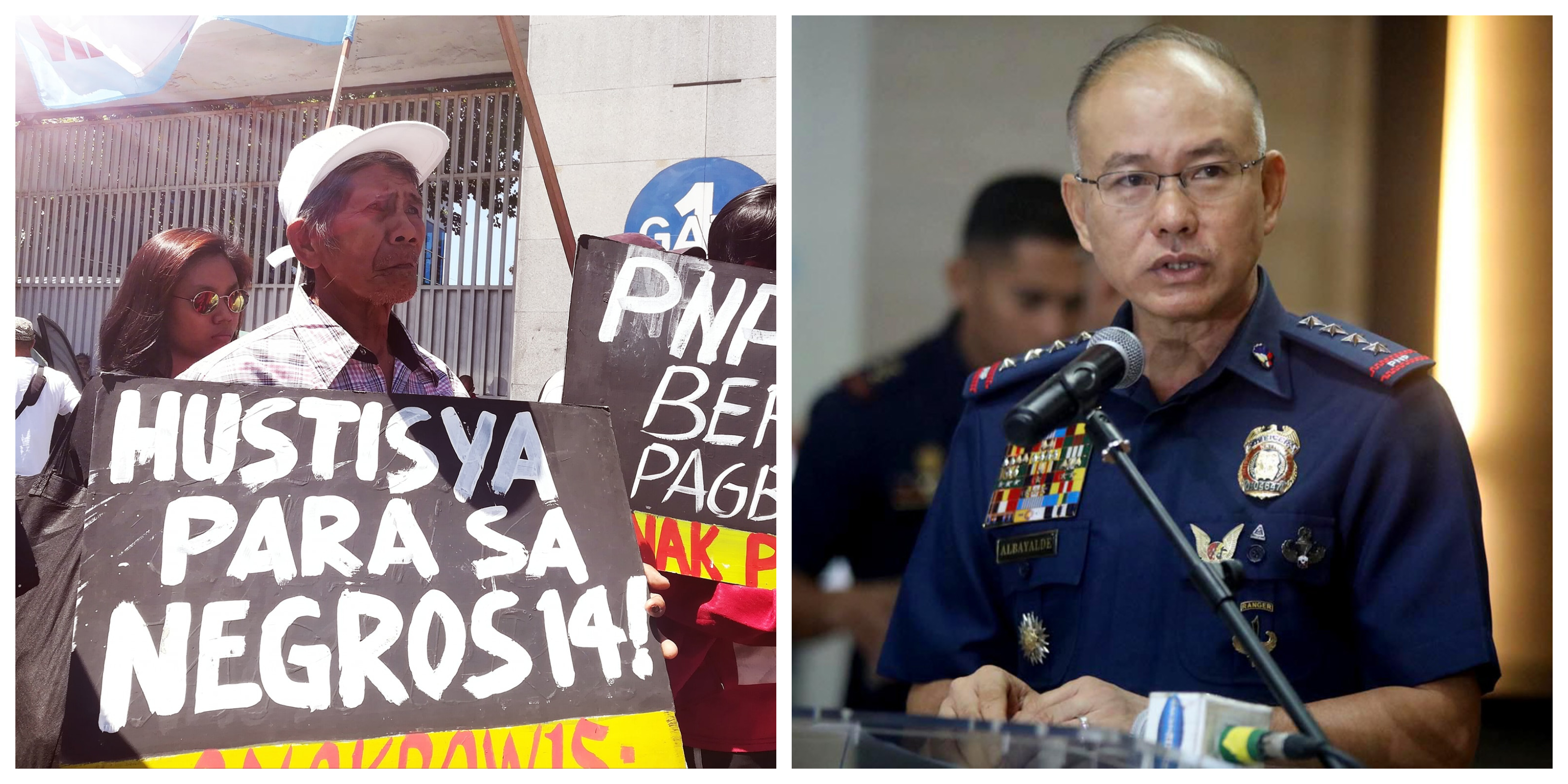 In less than six months, the province of Negros Oriental has witnessed two different massacres killing a total of 20 people – mostly farmers living in the rural countryside.

The casualties were direct results of separate operations conducted by both the Armed Forces of the Philippines (AFP) and the Philippine National Police (PNP), following the order of their commander-in-chief President Rodrigo Duterte.

These operations were part of an intensified campaign against suspected New People’s Army (NPA) guerrillas in the province, dubbed “Operation Sauron“. However, the surviving family members of the victims vehemently denied such allegations – insisting their relatives were merely farmers.

To recall, President Duterte ordered the deployment of more police and military personnel to Negros Oriental in November 2018. His rationale for it was to “suppress lawless violence” in the province, this despite the PNP declaring just a few months earlier that crime in Negros Oriental had actually gone down by 40%.

(Journalist @piaranada tweets screenshots of Memorandum Order no. 32 by President Duterte, ordering the escalation of troop numbers in Negros Oriental and other provinces)

Duterte’s M.O. 32 explicitly directs the military and police “to undertake all necessary measures to suppress any and all forms of lawless violence” in the Mindanao region and the provinces of Negros Oriental, Negros Occidental, Samar and Bicol.

This directive includes the additional deployment of police and military troops, but also “to intensify local and transnational intelligence operations against individuals or groups”. When reading the President’s order, one might assume there is a state of all-out-war in these provinces, but barring pockets of Mindanao’s hinterlands the provinces mentioned have been relatively quiet in comparison.

The wording of the M.O. is also problematic, “to undertake all necessary measures” alludes to giving these State forces a blank cheque to use any instrument possible to perform their mission. Only the Mindanao region is covered by “martial law”, the provinces mentioned are still under civilian law and due process in apprehending suspected offenders is still mandatory.

Although section 4 of the said M.O. explicitly orders the police and military to respect constitutional rights, the use of the aforementioned wording still gives the order a contradicting effect that could be abused by the responding authorities.

And abuse is exactly what happened.

In late December 2018, six persons were killed and 16 others were arrested in a number of “anti-crime” operations launched in Negros Oriental.

Last month, fourteen individuals were killed and 15 others were arrested in similar operations in the province. This round of killings was condemned by lawmakers, with many labeling it as a “massacre”.

A coalition of human rights and peasants’ welfare advocates conducted fact-finding missions in the aftermath of the most recent attack, and concluded that the fourteen individuals (all of whom were farmers) had been summarily executed by state forces.

Bereaved family members, who had witnessed the attacks that took the lives of their loved ones, have also come forward to refute the narrative being pushed by the forces of the State. The PNP defended the raid, saying that they were searching for loose firearms “against suspected communist rebels” and that the victims died because “they fought back” against authorities conducting the search.

But those who witnessed the attacks denied that their deceased relatives ever fought back: the 90-year old father of Danny Rosales – one of the victims of Operation Sauron – narrated how police forces kicked down the door to their house, dragged him forcibly onto the balcony, and saw his son, Danny, covered in blood being dragged out of their home by the police, who told him that they were bringing his son to the hospital.

That was the last time that Rosales’ elderly father ever saw his son alive, to make matters worse he realised that cash he kept inside their house had gone missing after numerous police officers forcibly entered. There was no firefighting that could justify the killing of Danny, he was apprehended without a warrant despite not living under martial law.

Will the Palace condemn the police officers in the raid for violating section 4 of Duterte’s M.O. 32, or will they absolve the police of their sins because they did “all measures necessary” to fulfill their “mission”?

Expectedly, the Duterte administration were supportive of the PNP and AFP for the operations but other prominent players in politics have been critical. The Commission on Human Rights have begun a probe on the incident, while Senators Leila de Lima and Grace Poe have both called for more in-depth investigations on the incident also.

Several high-ranking police heads in-charge of Operation Sauron have been relieved from their posts following the March 30 operation, that is in addition to the three police officials sacked in January for the six deaths in December 2018.

We can tell that even the PNP hierarchy detect foul-play in their bloody operations, and are discarding the officers involved to absolve themselves of as much blame as possible. However, fingers should also be pointed to the mastermind of Operation Sauron itself – the Duterte administration.

It is a campaign that reeks of injustice, why intensify the number of security forces when the province had recorded a massive drop in crime rates?

If the military or police are confident that their actions thus far have been lawful, why have they hurriedly deposed of the leaders who oversaw the two operations?

Given that the search warrants issued for the December operations was specifically against “illegal firearms”, why did the police officers declare that the victims killed and those apprehended were combatants of the NPA? Was it an operations against loose firearms, or an act of war?

Operation Sauron is becoming less a legitimate security campaign and more of a sign that a de facto martial law has been imposed in Negros Oriental: individuals apprehended for questionable reasons, deaths suspected to be summary executions, and the military and police both acting with impunity.